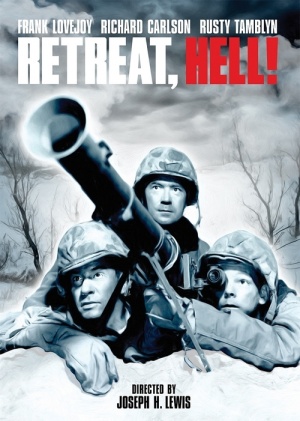 The following weapons were used in the film Retreat, Hell!:

Some of the Marines can be seen with a Colt M1911A1 holstered. 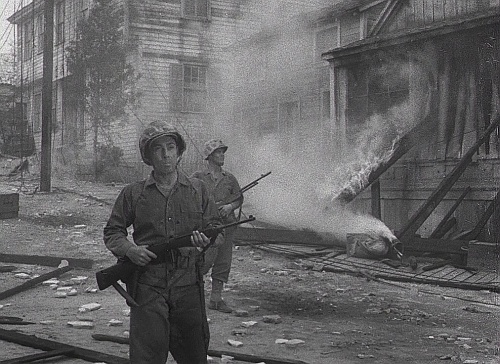 The M1 Garand is the main rifle carried by US Marines in the film including PFC Jimmy McDermid (Russ Tamblyn). 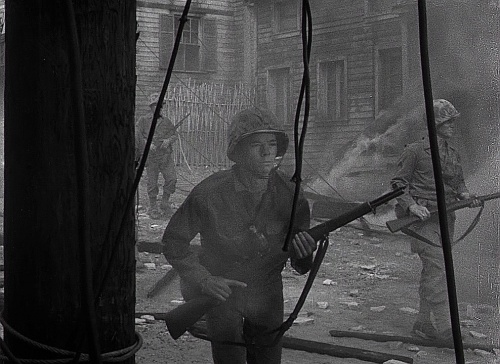 The M1 Carbine is used by the officers in the film.

Korean War Era M1 Carbine, with Birch Stock, Adjustable sight, bayonet lug, and twin magazine pouch. Most of the World War II variations of the M1 Carbine were sent back to the Military Arsenals and retrofitted with the Bayonet Lug and adjustable rear sight. This is the version seen after late 1945 and all the way until the 1960s. This version is seen most often in World War II movies, despite being anachronistic for most World War II battles - .30 Carbine 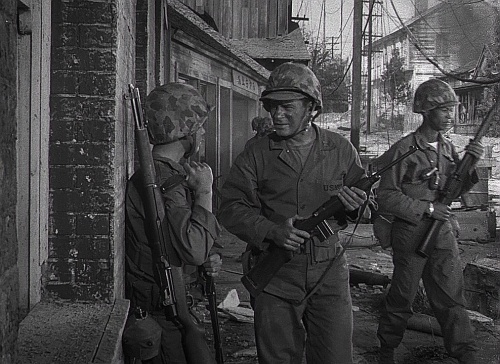 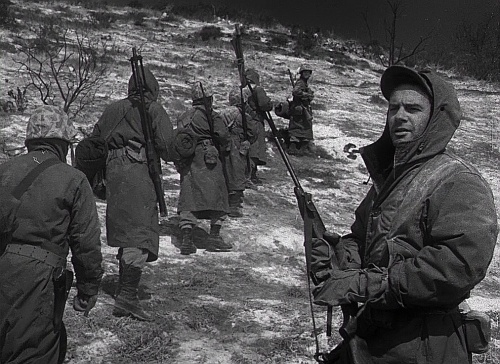 A few of the Marines carry the Browning Automatic Rifle.

The Browning M1919A4 is used by Marines during the Battle of Chosin Reservoir. 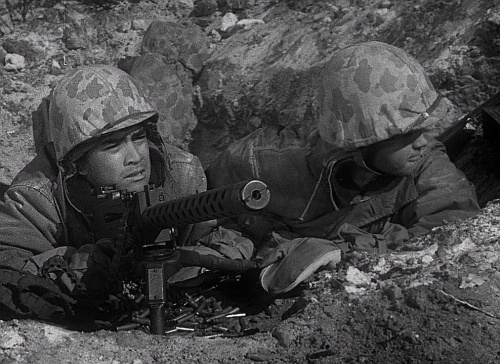 Marines can be seen using the Mk 2 Hand Grenade. 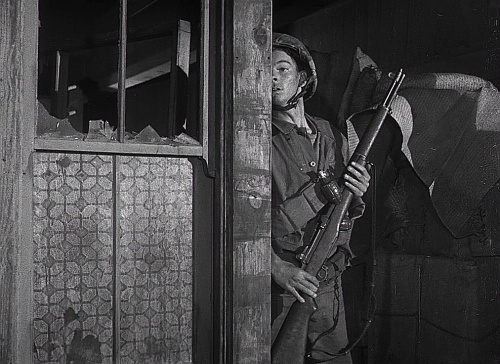 Marines can be seen with M20A1B1 "Super Bazookas" during the battle. 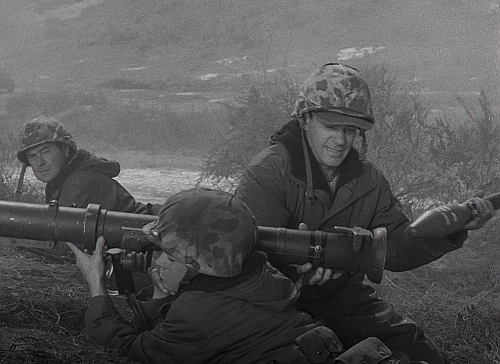 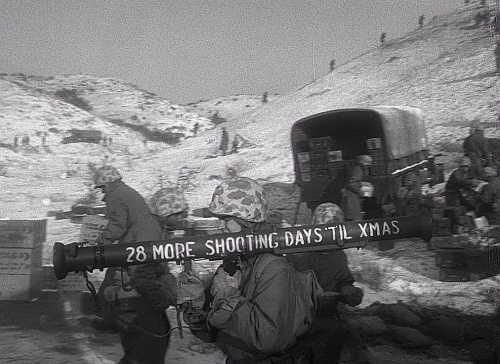 Chinese soldiers use the Mauser Gewehr 1898. 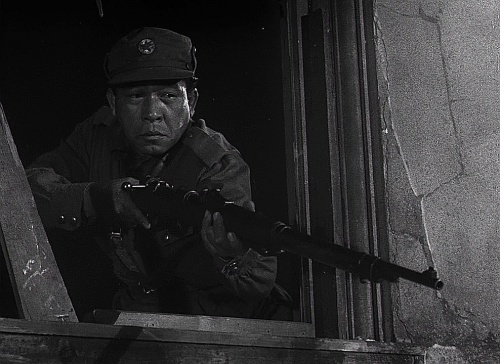 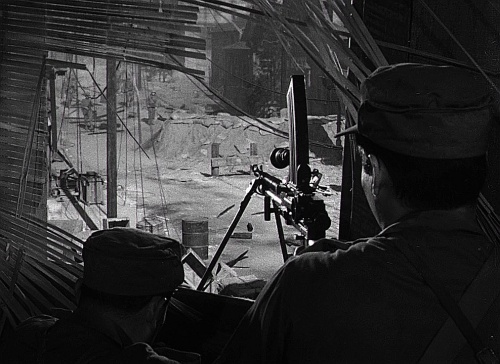