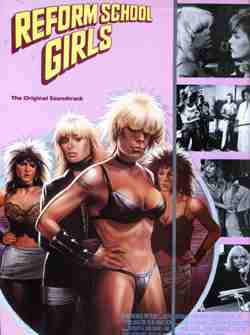 The following firearms were used in the film Reform School Girls:

At the end of the film during the riot in the main yard, Charlie (Wendy O. Williams) carries a Smith & Wesson Model 10 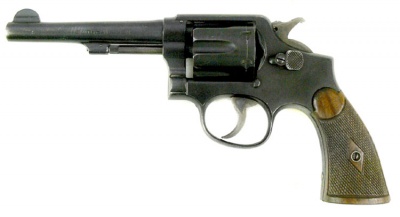 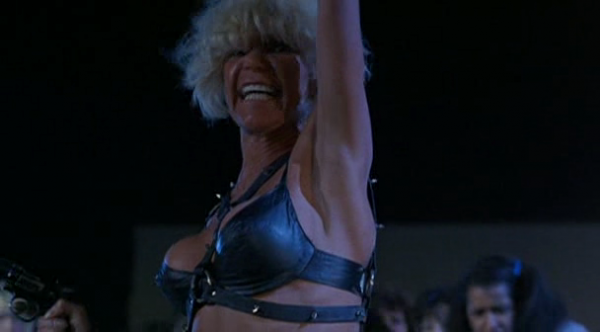 Charlie (Wendy O. Williams) carries the Smith & Wesson Model 10 as she rallies the girls during the riot in the main yard. 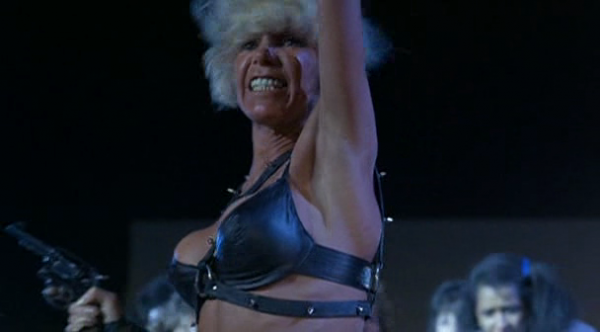 A better shot of the revolver. 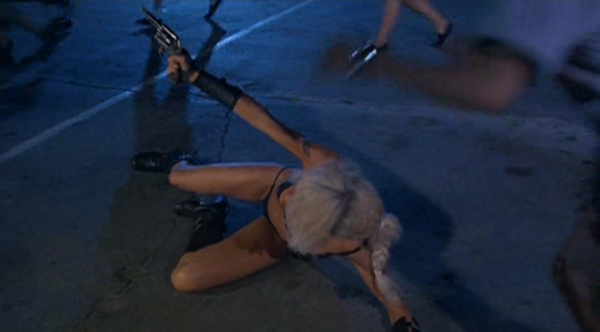 After being shot by Edna (Pat Ast) Charlie blindly aims the Smith & Wesson Model 10, only to realize that she is out of bullets.

Throughout the film, Edna (Pat Ast), Warden Sutter (Sybil Danning) and several guards carry Ithaca Model 37 shotguns. They appear to be riot versions with the same sights that the extended magazine tube version has. 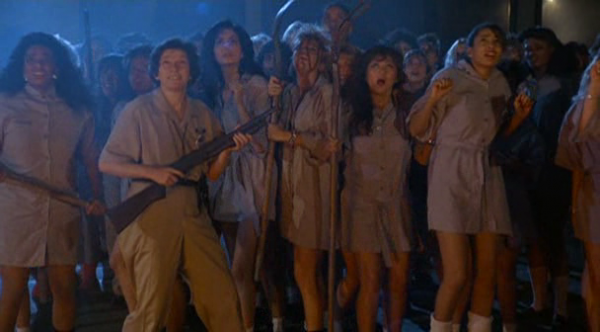 A Guard is carrying an Ithaca 37 Shotgun, as the girls look on. 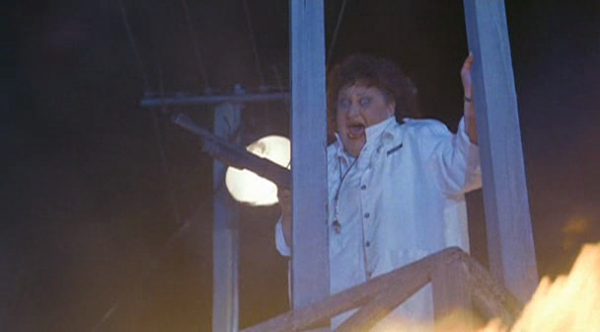 A very senile Edna (Pat Ast) screams as she clutches her Ithaca 37. 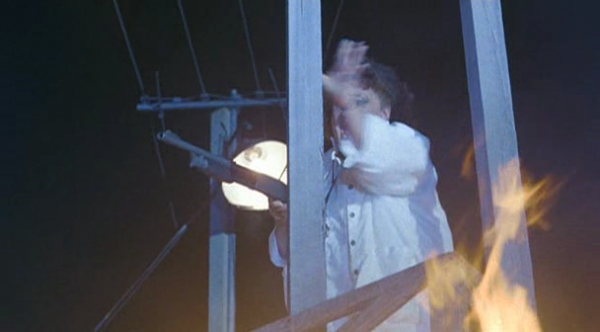 A better shot of the barrel of the Ithaca 37. 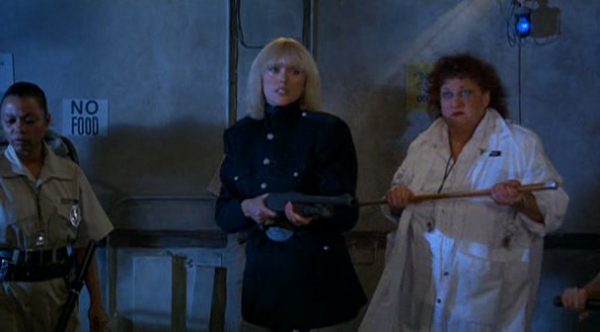 During the riot Warden Sutter (Sybil Danning) stands at ready with an Ithaca 37 in hand. 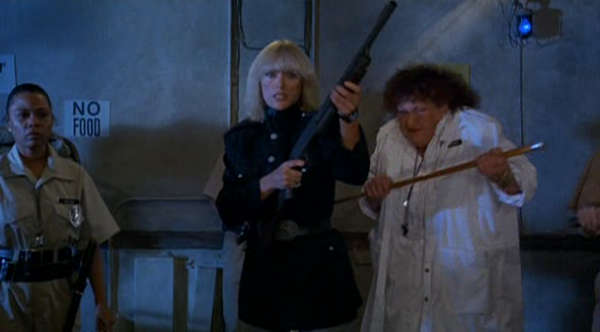 Warden Sutter (Sybil Danning) fires a shot in the air from her Ithaca 37. 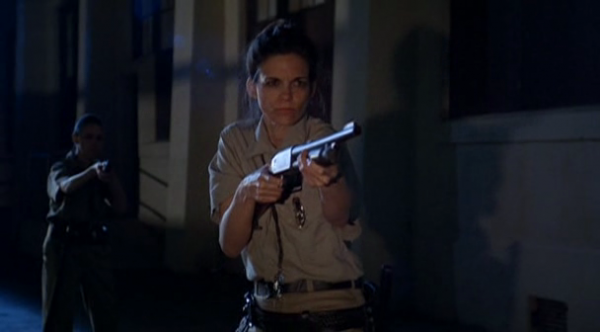 Two of the guards aims their Ithaca 37 shotguns at the inmates, as they try to make their way to the meeting room. 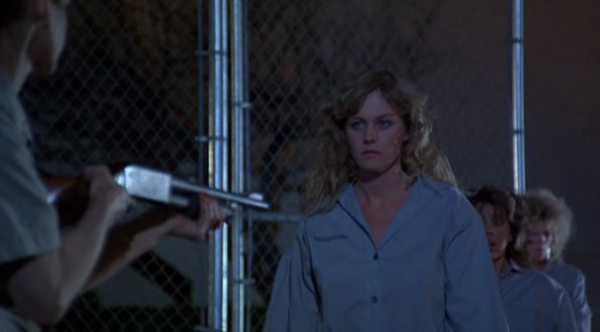 The same guard, from the previous photo from a different angle, keeps her Ithaca 37 shotgun trained on Jenny (Linda Carol). 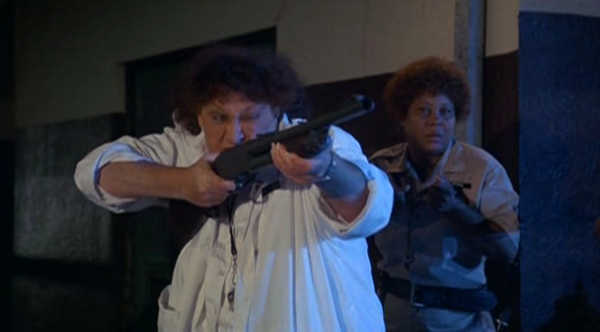 Edna (Pat Ast), aims an Ithaca Shotgun, at Jenny and the others 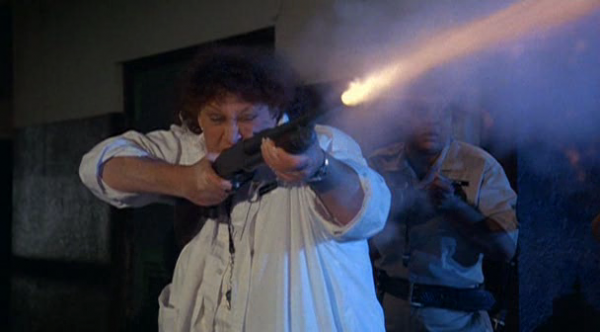 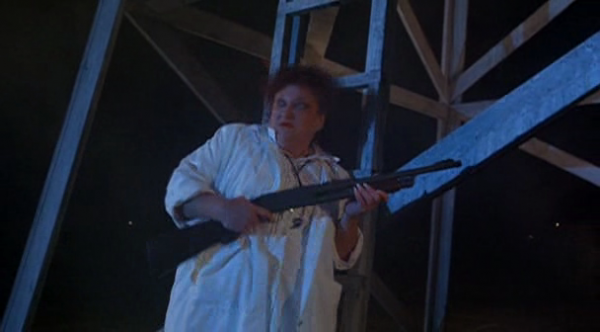 Edna (Pat Ast) with her Ithaca 37, about to scale the watch tower.
Retrieved from "http://www.imfdb.org/index.php?title=Reform_School_Girls&oldid=544136"
Categories: