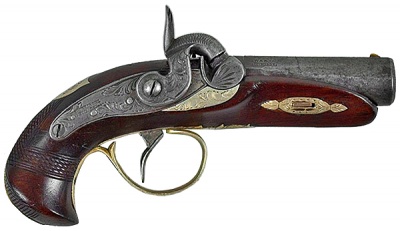 Philadelphia Derringer - .44 Cal. These percussion cap single shot pistols were manufactured between 1860-1869 by Slotter & Co to compete with Henry Deringer's pistols. (Note spelling. Deringer fought illegal copies of his pistols throughout his life, and the deliberate misspelling "Derringer" eventually caught on.) 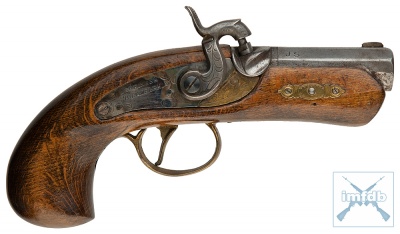 Philadelphia Derringers are one of many models of small Derringers that were first manufactured in 1852. They have gained infamy as the murder weapon in the assassination of U.S. President Abraham Lincoln.