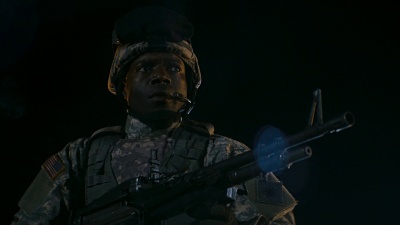 Panou is an African-American actor known for his roles as Olaf Willow in the Caprica and as Nick Gilmore in the Flash Gordon. In addition, he has appeared in such films as Rise of the Planet of the Apes and X-Men Origins: Wolverine as well as the first season of the series Fear the Walking Dead.