Nuclear Dawn is a 2011 video game utilizing Valve Software's Source engine. The game started out as a mod for Source engine video games (Half-Life 2, Counter-Strike: Source, Day of Defeat: Source) and became an independent project in 2009. The game mixes together the FPS and RTS genres, creating a unique post-apocalyptic multiplayer experience. The game was released in 2011 for the PC and X360 platforms.

The following weapons can be seen in the video game Nuclear Dawn:

The FN F2000 Tactical can be seen in the gameplay trailer of the game, while the FN F2000 with factory red dot sight appears on several concept arts and screenshots. According to the official webpage all weapons will have unlockable attachments; one of them being a "short-range reflex sight". That attachment will probably turn the F2000 Tactical into an F2000, as seen in Modern Warfare 2. The other upgrades for this rifle are: "silencer", grenade launcher, lightweight carbon fiber body, stronger bullets, increased "clip" size and long-range sight. The game refers to it as "FN-H F2100TR". 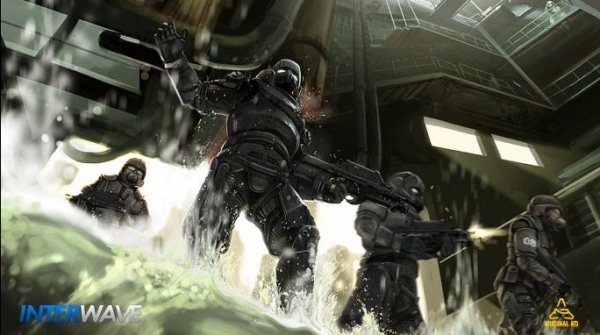 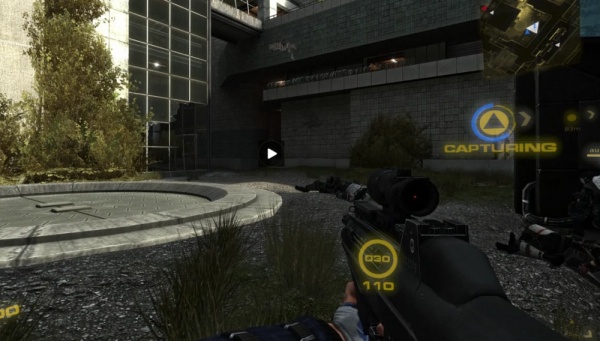 F2000 Tactical with scope in the gameplay trailer. 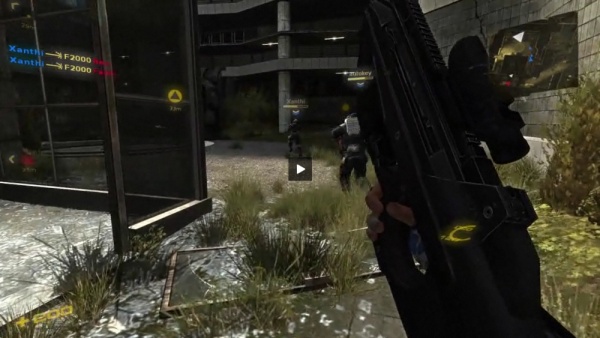 Reloading the F2000 Tactical. Note how "F2000" appears on the killfeed, yet the website refers to it as "FN-H F2100TR". This is probably because the video the screencap is from was in an early development stage. 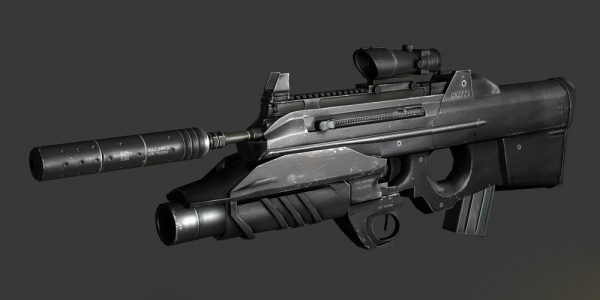 3D render of a slightly altered Franchi SPAS-12 can be seen on the game's website. It has been fitted with a top rails and a custom stock, possibly based on a Heckler & Koch SL8 sporting rifle. According to the creators this is a pump-action shotgun, that can be upgraded to use semi-auto fire. The game calls it "SPETZ-9". A more advanced variant is the "SPETZ-12". 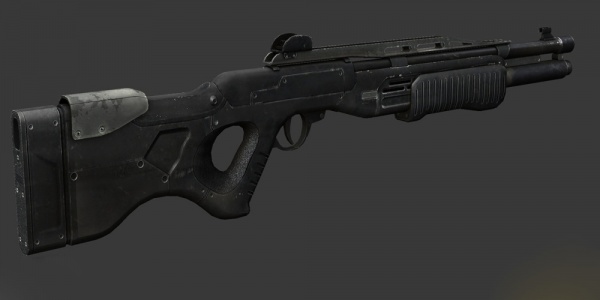 SPAS-12. Note that there is no ejection port.

The H&K MP7A1 can be seen for a brief second in the trailer. 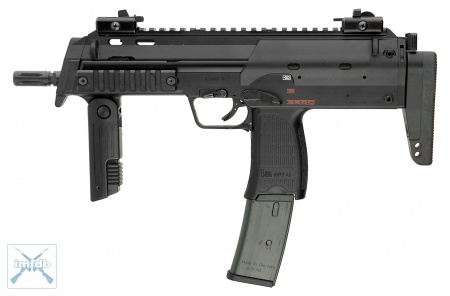 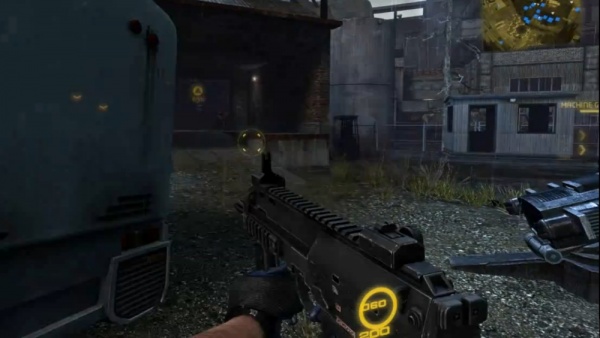 MP7A1 with 60-round capacity. Note that the rear sight is flipped down.

One soldier was holding a PP-2000 modern submachine gun on the Steam announcement page. 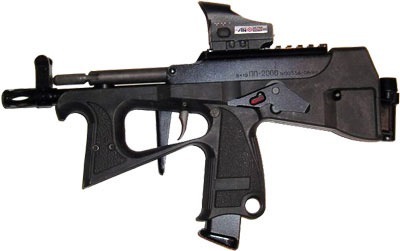