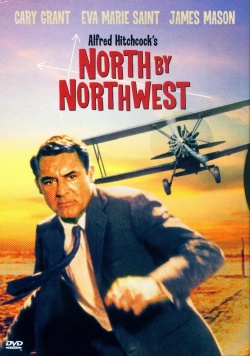 The following weapons were used in the film North by Northwest: 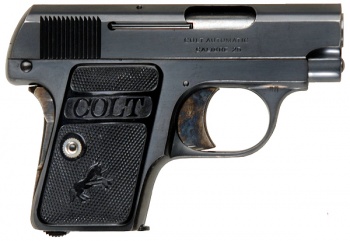 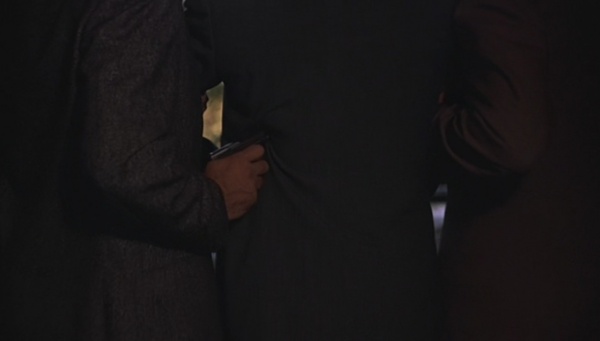 Valerian and Licht stick a Model 1908 to Thornhill's back. 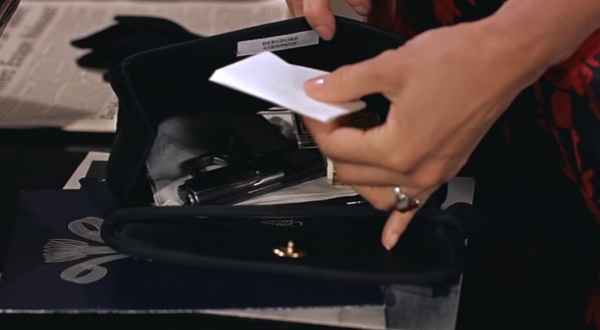 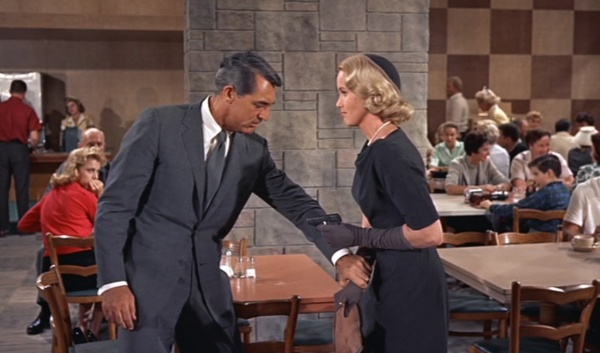 Eve pulls out a Model 1908 on Thornhill. 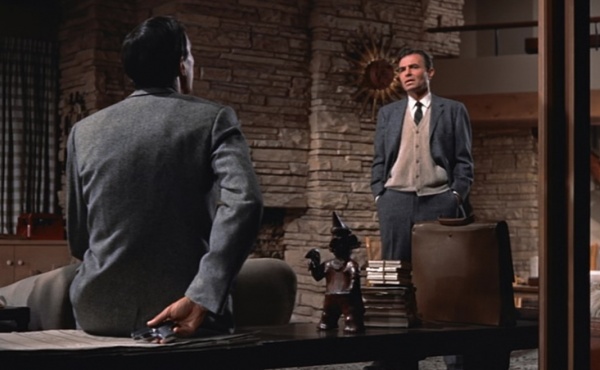 Leonard hides the Colt behind his back when talking to Vandamm (James Mason). 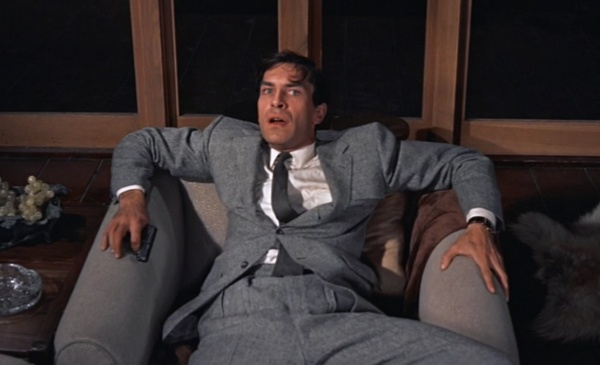 Leonard (Martin Landau) is knocked back into the chair by Vandamm after he fires a blank shot at him, trying to tell him the truth about Eve.

A Glen Cove, New York police officer carries what appears to be a Smith & Wesson Model 10 in his holster. 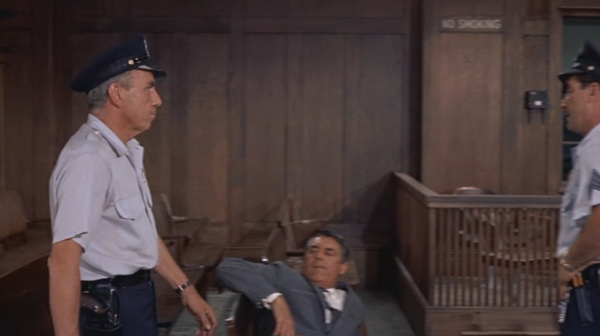 The police officer's Smith & Wesson is visible in his holster. 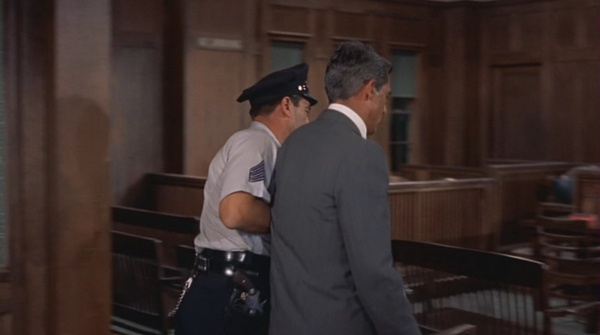 Sgt. Emile Klinger's (John Beradino) Colt is visible in his holster between he and Roger Thornhill (Cary Grant).
Retrieved from "http://www.imfdb.org/index.php?title=North_by_Northwest&oldid=1326621"
Categories: