Nomads of the North (Brodyagi severa)

Nomads of the North (Brodyagi severa; another English title is Tramps of the North) is a Soviet 1983 adventure family movie, directed by Igor Negrescu and based on the novel "Nomads of the North" by James Oliver Curwood. The story is set in North Canada and depicts the adventures of a bear cub and a puppy, as well as of several people whoes life became connected with these two animals.

The following weapons were used in the film Nomads of the North (Brodyagi severa): 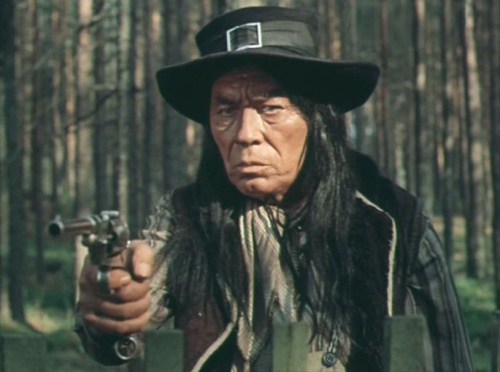 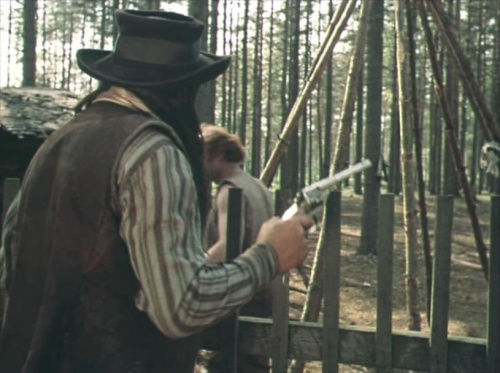 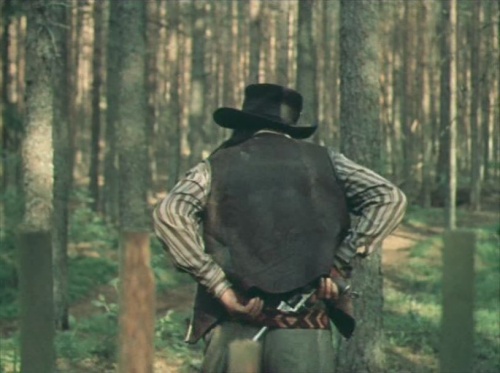 Macocky tucks the revolver in his belt.

A Nagant M1895, visually modified to resemble Colt 1878 Double Action revolver, is used by McDonnell (Aleksandr Agapov). It looks very similar to the prop that was used in Cabbages and Kings. 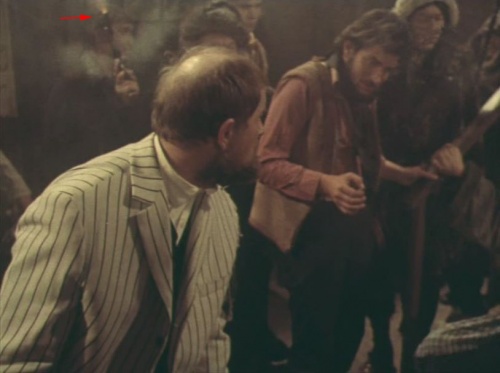 McDonnell fires his revolver in air at the background.

Winchester Model 1895 carbine - .30 Cal. The screen carbine is of a different model. 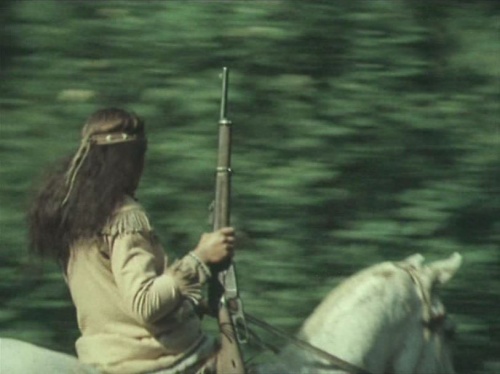 Nanette holds a Winchester M1895 Carbine. The gun seems to have a custom handguard and military style rear sight so it can be a converted rifle. 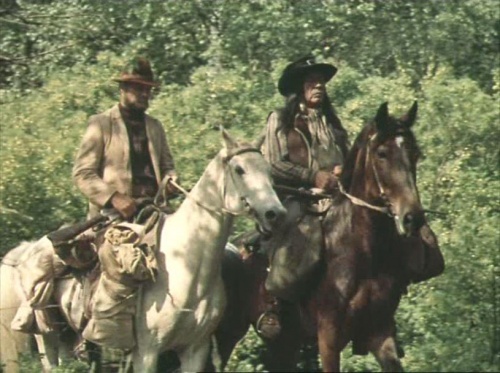 What appears to be the same carbine is hold by the adventurer Durant. 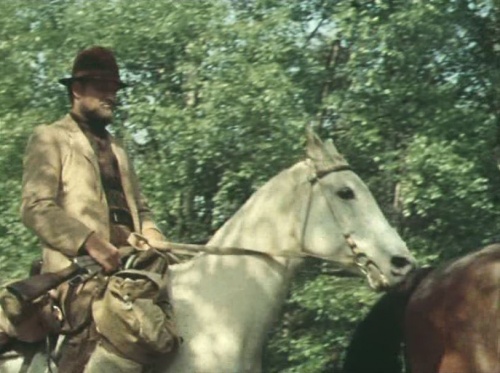 Another view of Durant's gun. 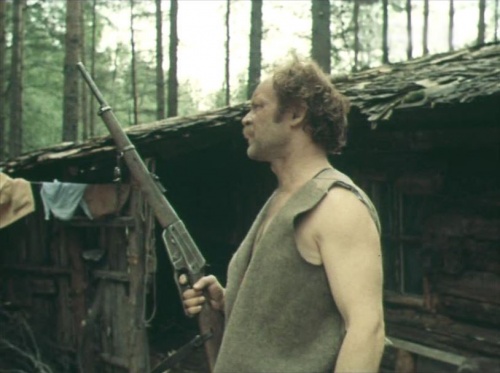 The same gun in hands of the trapper Jacques Le Beau. 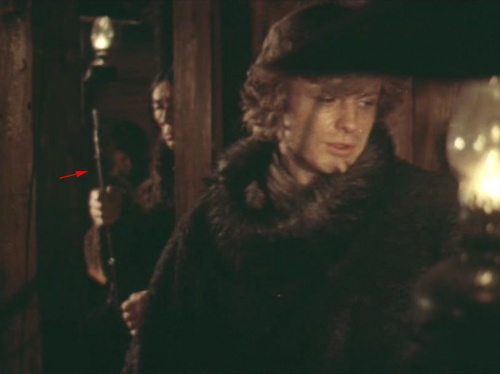 An unidentified long gun is seen in the trading post. Possibly it is some antique hunting rifle or maybe a shotgun, converted from a military rifle. 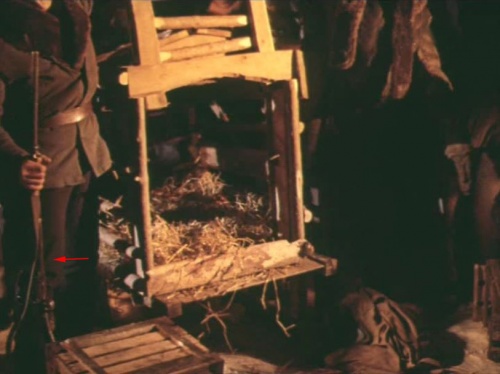 A local man holds an unknown long gun at the left. 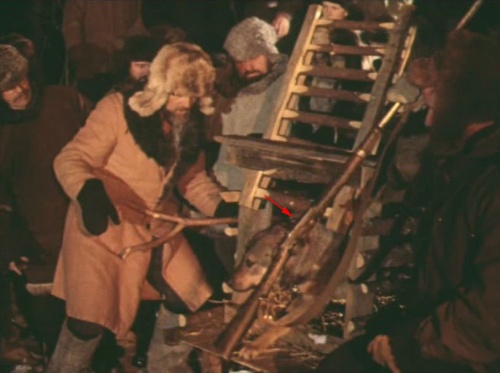 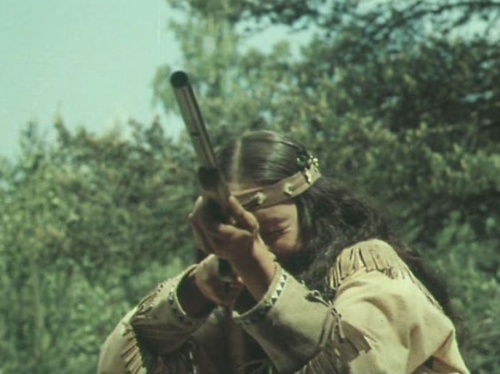 Nanette fires at a bear. 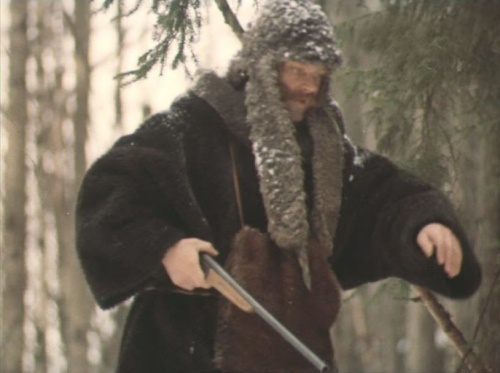 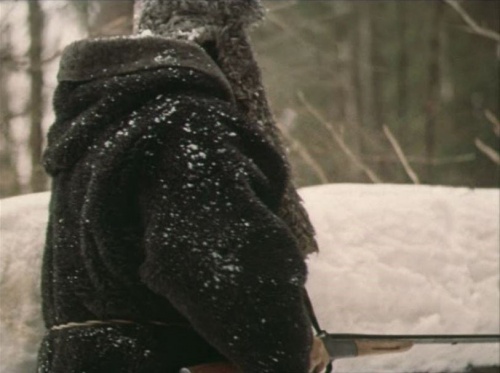 Another view of Le Beau's shotgun. 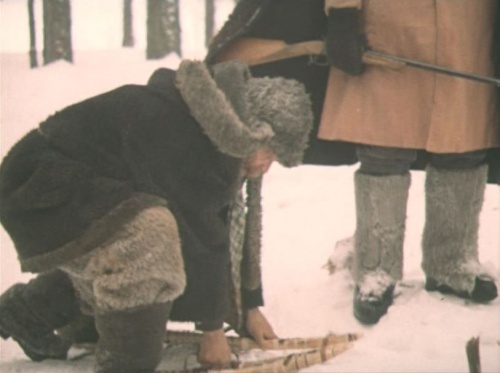 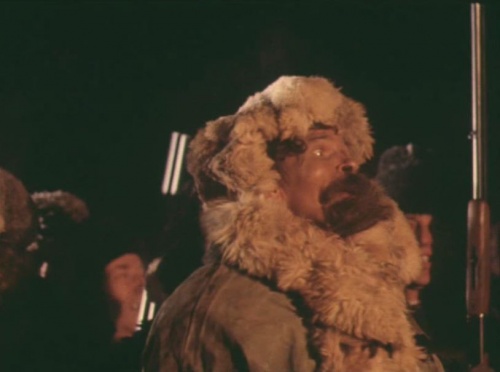 A man at the trading post holds an IZh-17 (at the right). 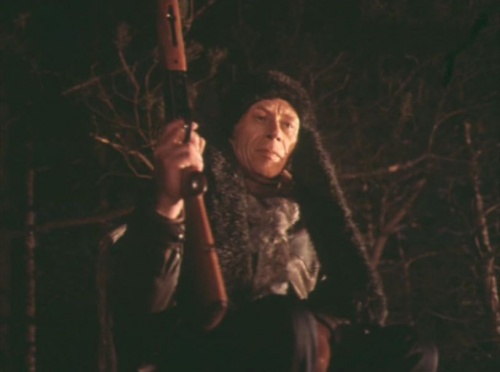 A local man fires the shotgun in air, signalling the start of dog fighting. 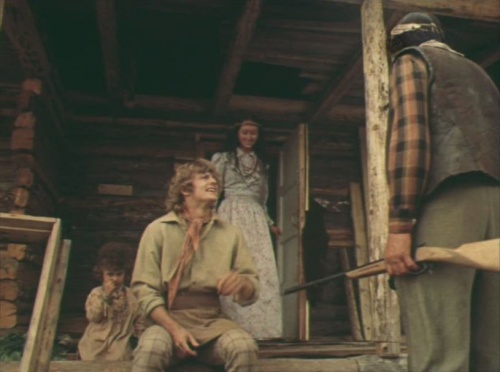 A Double Barreled Shotgun is seen in the scene in the trading post.

Double barreled shotgun is seen at the left.
Retrieved from "http://www.imfdb.org/index.php?title=Nomads_of_the_North_(Brodyagi_severa)&oldid=1307740"
Categories: