From Internet Movie Firearms Database - Guns in Movies, TV and Video Games
(Redirected from Night of the Sharks)
Jump to: navigation, search

Night of the Sharks (original title La notte degli squali) is a 1988 Italian English-languade adventure movie directed by Tonino Ricci (credited as Anthony Richmond). James Ziegler (Carlo Mucari) manages to get a valuable information about the illegal activites of a wealthy businessman Rosentski (John Steiner) and blackmails him. Rosentski sends his henchmen to retrieve the CD with information from James, but James sends the disk to his brother David (Treat Williams), a shark hunter in Mexico. Now Rosentski's men go for David who is busy with his personal war against a giant one-eyed shark that he call Cyclops.

The following weapons were used in the film Night of the Sharks (La notte degli squali):

Father Mattia (Christopher Connelly) owns a snub nose revolver that appears to be a Smith & Wesson Model 36. When he gives the revolver to David Ziegler (Treat Williams), the latter refuses and says that he isn't good with guns. 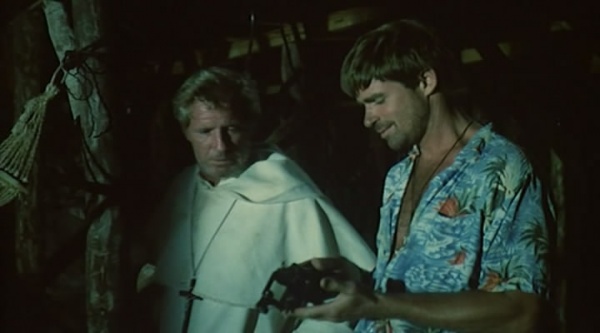 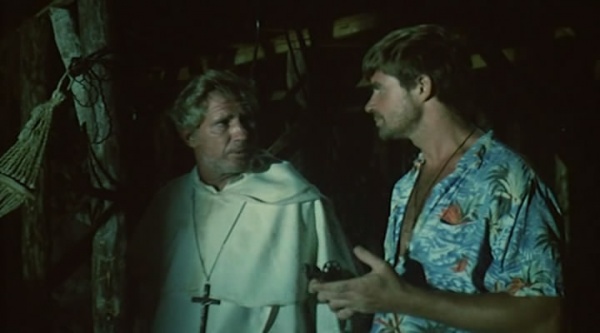 A 5-shot cylinder can be seen.

A stainless steel revolver that appears to be a Smith & Wesson Model 686 is seen in hands of a henchman who hunt for James Ziegler in Miami. 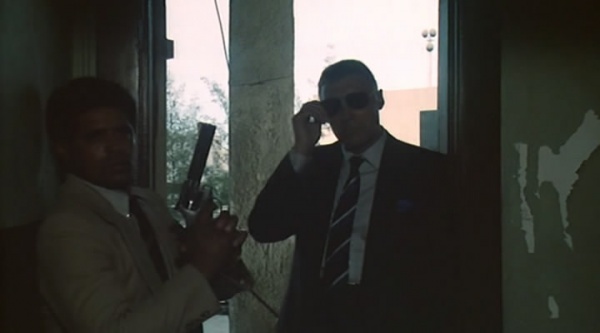 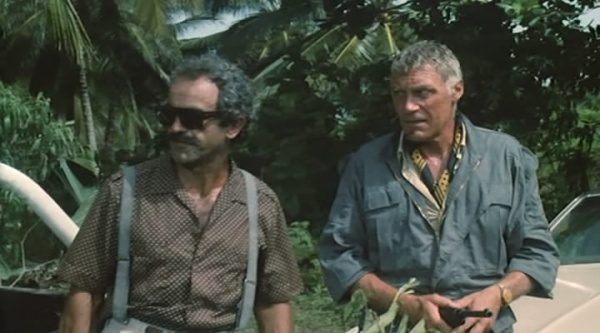 Conny (at the right) holds a Woodsman. 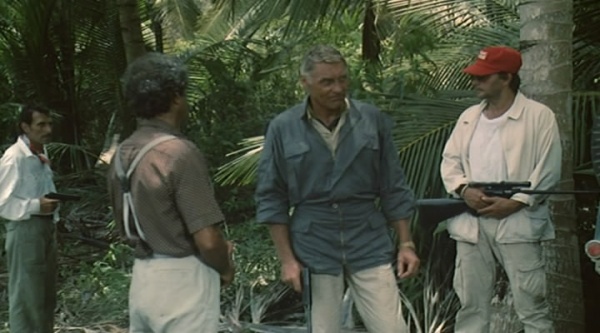 Conny (in the middle) with a Woodsman.

One of the henchmen who hunt for James Ziegler in Miami is armed with a stainless steel 1911-style pistol with extended barrel. 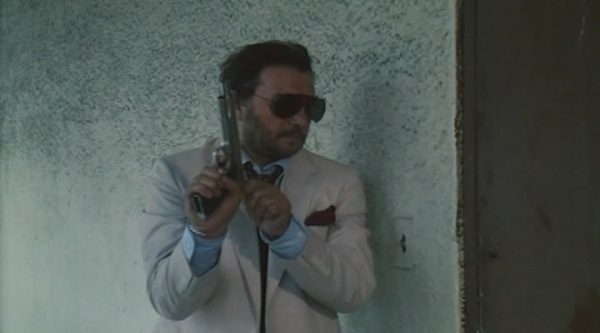 The henchman holds his pistol. Note the lack of the magazine. 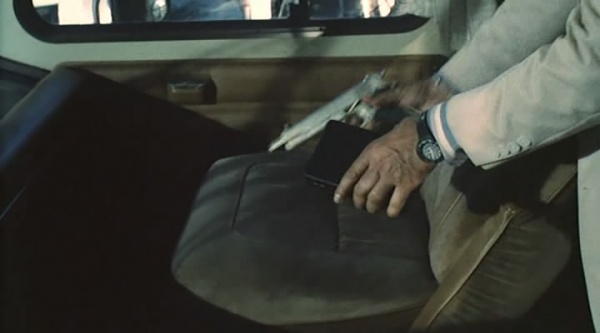 A blurry (due to fast motion) view of the pistol. 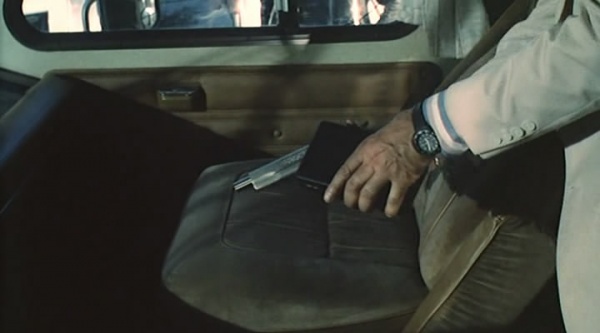 During the hunt for David Ziegler one henchman is armed with a pistol that appears to be some version of Beretta 92.

A henchman at the far left holds a Beretta-style pistol.

During the hunt for David Ziegler two of the henchmen are armed with Micro Uzi SMGs. 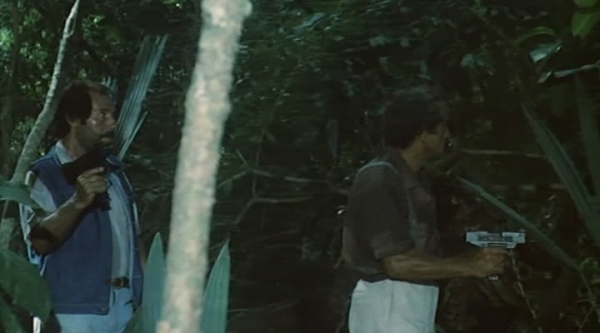 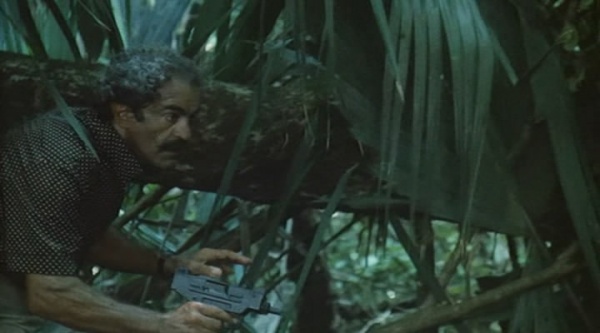 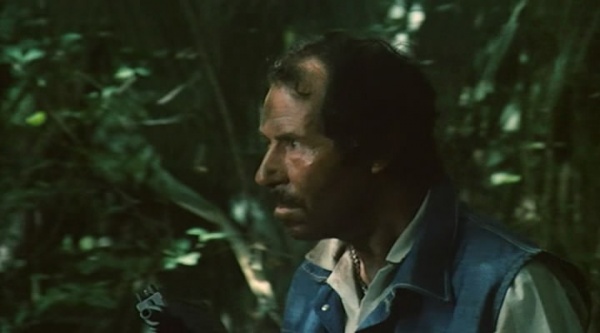 One of the henchmen is armed with an Armalite AR-7 rifle with sniper scope. 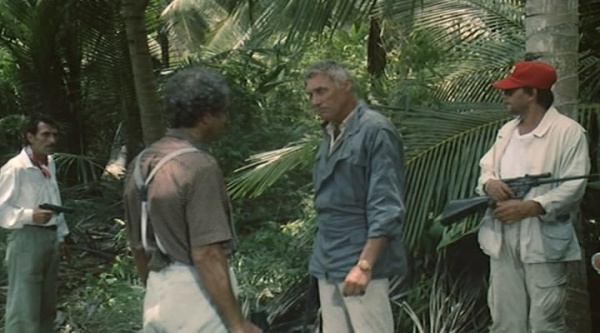 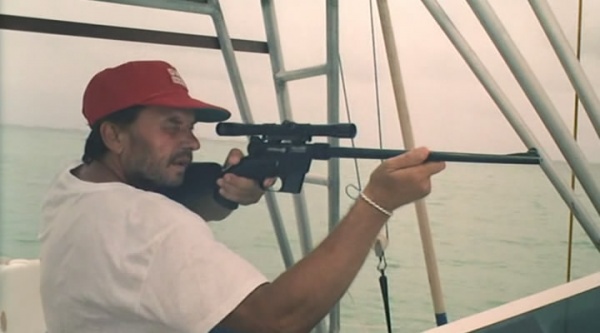 The henchman aims his rifle.

In the final scene Conny (Stelio Candelli) uses a bolt action rifle with an additional foregrip. 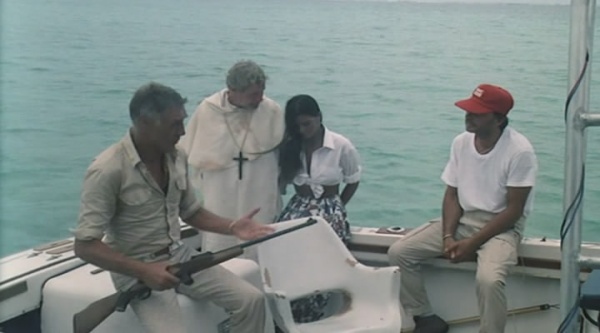 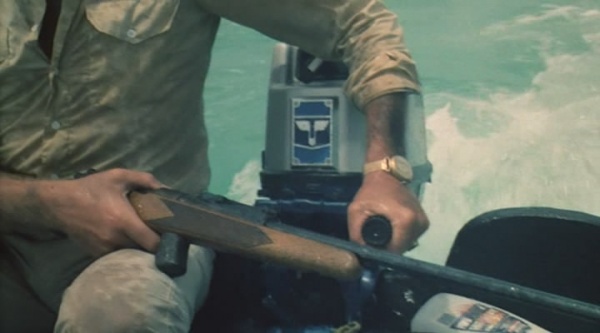 A close view of the foregrip. 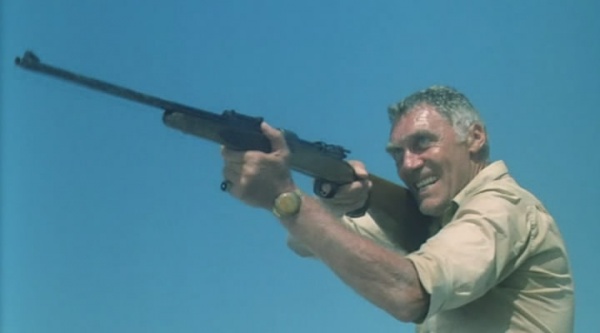 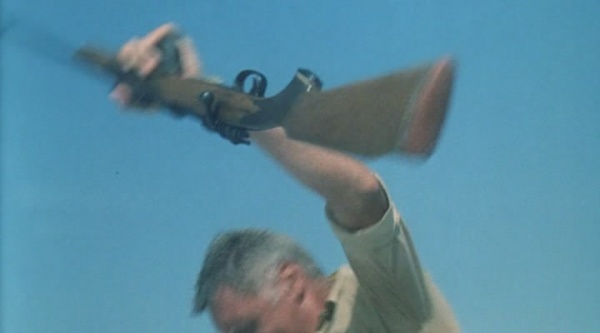 A military-style bolt handle can be seen. 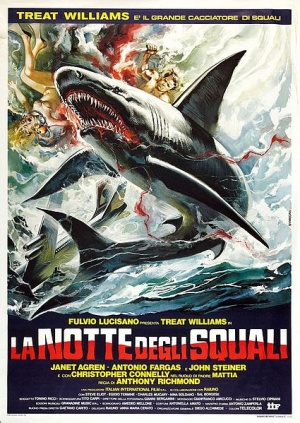