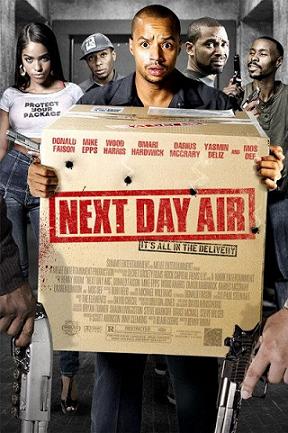 The following weapons were used in the film Next Day Air:

Guch (Wood Harris) carries the Beretta 92FS throughout the film. He usually carries it in the back of his pants. Brody (Mike Epps) and Shavoo (Omari Hardwick) also use it during the film. Brody uses it during the robbery at the start of the film when they fail to steal anything. Shavoo also uses it the very end of the film when he is wounded and loses his Colt Government Model. 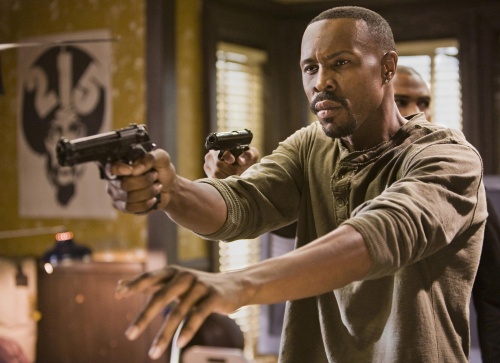 Guch (Wood Harris) holds his Beretta 92FS on Jesus during the final shootout. Note that Shavoo (Omari Hardwick) holds the Colt Government Model in the background. 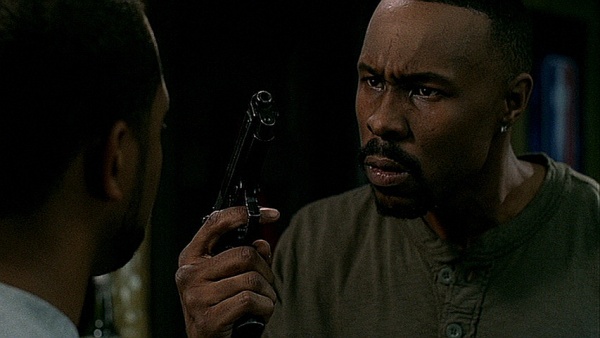 Shavoo (Omari Hardwick) carries a Colt Gold Cup National Match as his weapon of choice in the film. 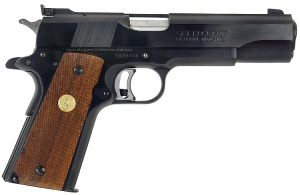 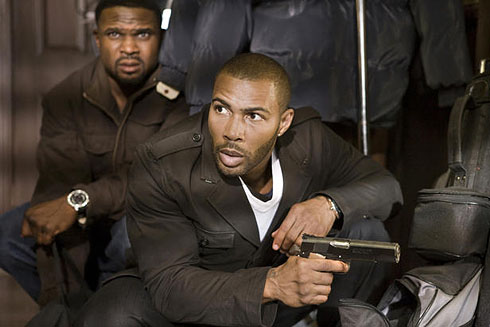 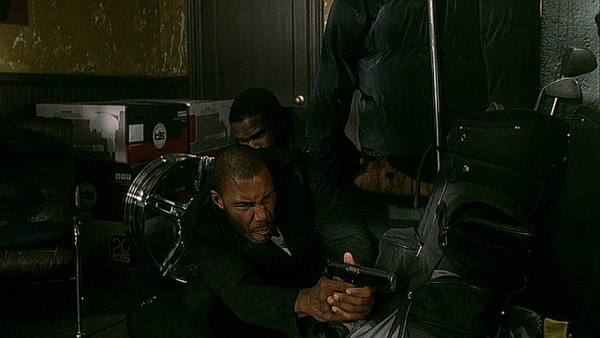 A Desert Eagle Non Gun is one of three guns used by Jesus (Cisco Reyes) throughout the movie. Bodega (Emilio Rivera) can also be seen using the gun most notably during the final shootout. 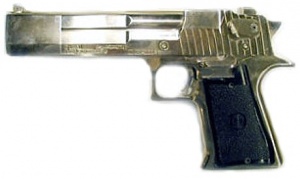 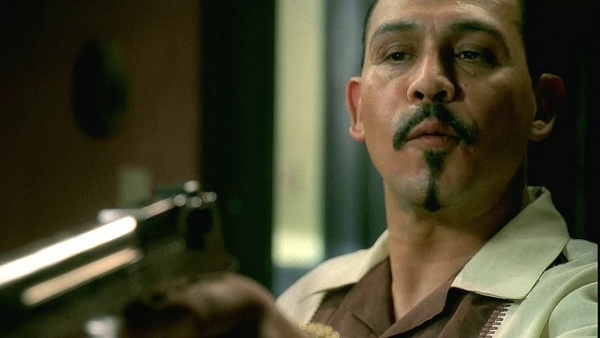 Bodega (Emilio Rivera) holds the Desert Eagle. This appears to be a non-gun. 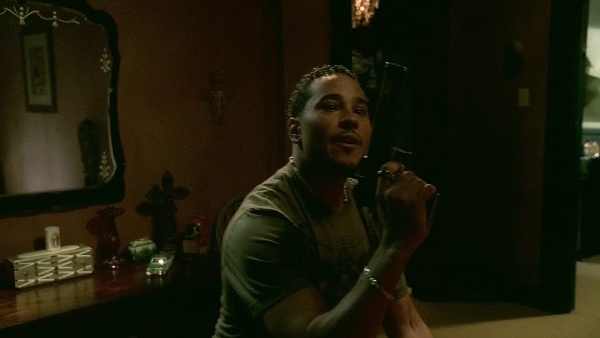 Jesus (Cisco Reyes) with the handgun.

A two-tone Glock 17 is first seen when Guch lays out guns for the deal which he hides under a crate. Brody uses the pistol as he answers the door. 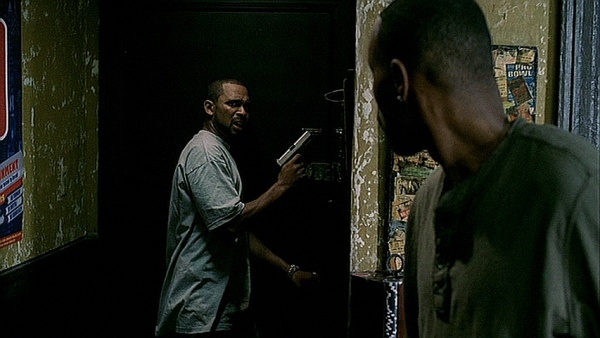 Bodega also appears to use a Seecamp LWS pistol. 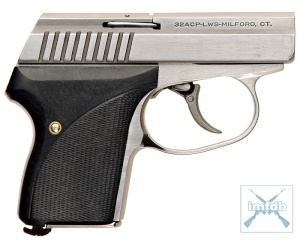 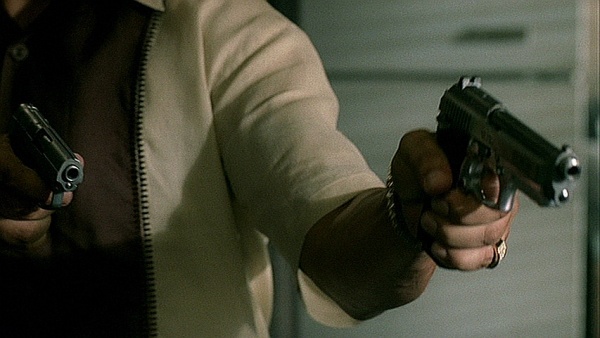 What appears to be a Seecamp LWS pistol is seen in his right hand.

Rhino (Lobo Sebastian) uses a snub nosed Smith & Wesson Model 66 in flashback to when Jesus's former boss was murdered and he was forced to work for Bodega. Guch and Brody also have one in their armory which Guch hides under the couch when he and Brody do the deal. 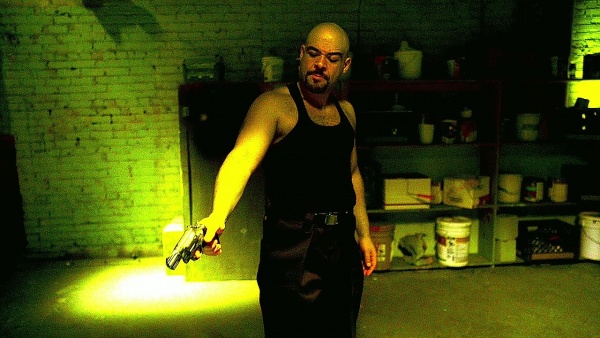 The bank guard at the start of the movie uses what appears to be a Smith & Wesson Model 28. It's possible that this is a Non Gun. 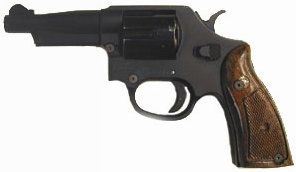 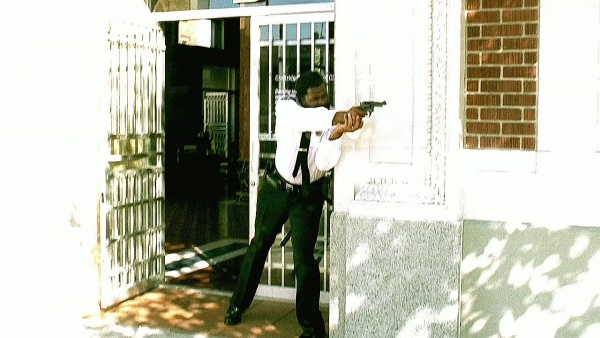 The bank guard at the start of the movie uses what appears to be a Smith & Wesson Model 28. Upon closer inspection, this revolver is likely a Non Gun replica.

In a continuity error, Bodega's Desert Eagle turns into a stainless Taurus PT92. 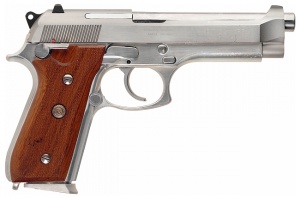 In a continuity error, Bodega's Desert Eagle turns into a stainless Taurus PT92.

Guch (Wood Harris) uses an Norinco Type 56 throughout the movie; most notably during the bank robbery at the start of the film when they fail to steal anything but security tapes. Guch explains that it is malfunctioning and that it empties the whole magazine with one pull of the trigger. Brody (Mike Epps) also uses it during the final shootout, however he fails to hit anybody with it while comically spraying the wall. One of Bodega's guards can briefly be glimpsed using one during the start of the film. 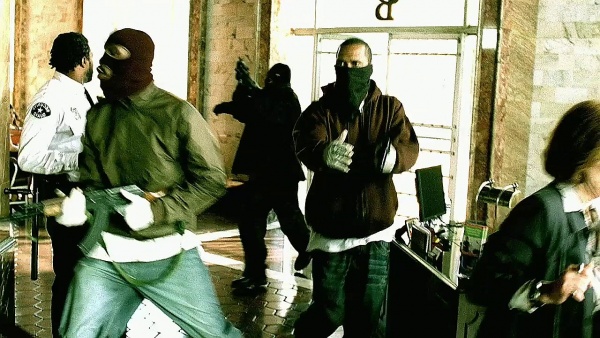 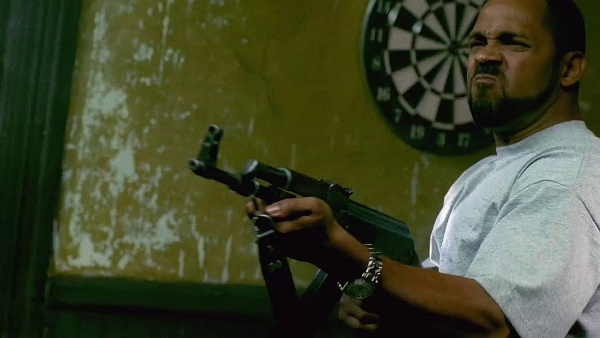 The rifle is seen used by Brody.

Hassie (Malik Barnhardt) is always seen with his FN P90 throughout the film including while (comically) sleeping during the final shootout. He does wield it during the bank robbery. 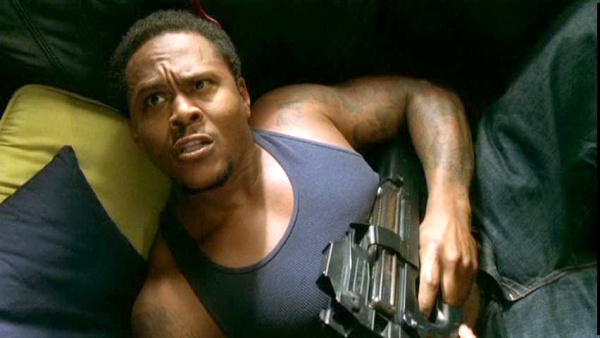 Jesus (Cisco Reyes) is seen using what appears to be a Remington 870 shotgun when threatening Eric (Mos Def). Upon closer inspection, the shotgun appears to be a "Non Gun" replica. His girlfriend Chita (Yasmin Deliz) uses it when he asks her to hand it to him. Bodega's bodyguard Rhino (Lobo Sebastian) takes it when he and Bodega arrive at Jesus's apartment to 'help' him find the missing cocaine. He most notably uses it in the final shootout to send Shavoo flying across the room. Buddy (Darius McCrary) also is seen with a nickel Remington style shotgun with a pistol grip. Leo (Donald Faison) also takes it out of a duffel bag after the end of the final shootout. He holds it with one hand as he threaten Chitas (Yasmin Deliz). This also appears to be a Non Gun replica. 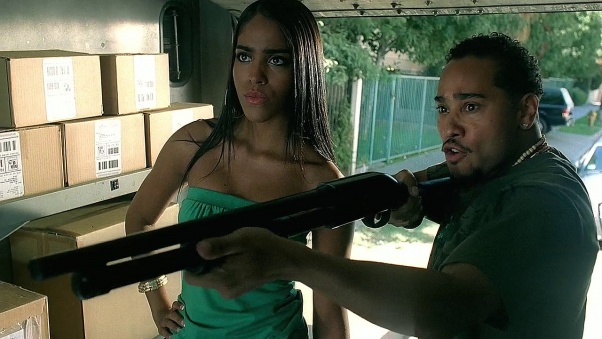 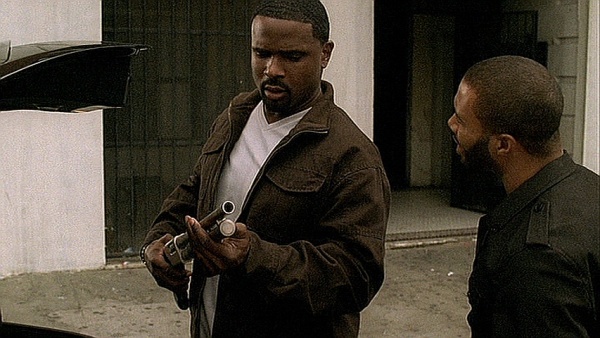 The shotgun is taken up by Buddy (Darius McCrary). 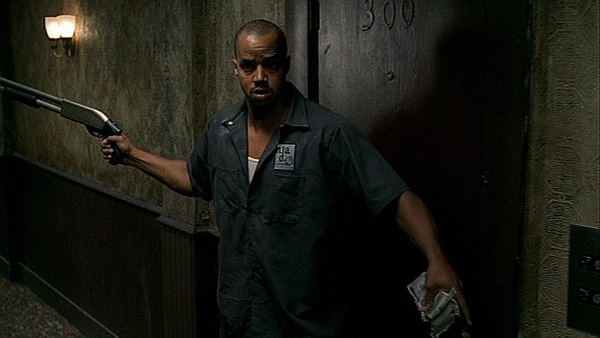 The shotgun with the nickel-like finish is seen the hands of Leo (Donald Faison).
Retrieved from "http://www.imfdb.org/index.php?title=Next_Day_Air&oldid=1409772"
Categories: