Monk with the Whip (Der Mönch mit der Peitsche), The

The Monk with the Whip (Der Mönch mit der Peitsche; also released as The College Girl Murders) is a 1967 German detective movie directed by Alfred Vohrer and losely based on the 1926 novel "The Black Abbot" and subsequent 1927 play "The Terror" by Edgar Wallace which also served as the basis for the 1965 film The Sinister Monk. A whip-wielding mysterious person in red monastic outfit is seen at the boarding school where several students are murdered one by one by poison gas. Inspector Higgins (Joachim Fuchsberger) investigates the case.

The following weapons were used in the film The Monk with the Whip (Der Mönch mit der Peitsche): 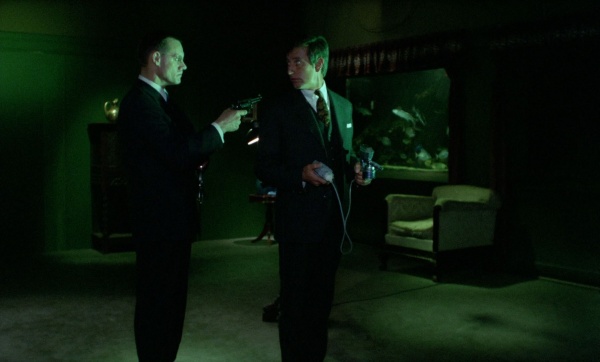 Greaves aims his revolver at Keeney when the latter demands more pay from "The Chief". 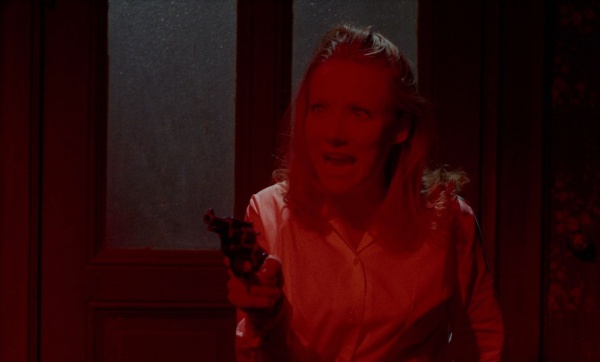 Mary Houston holds a revolver to drive away Mark Denver. 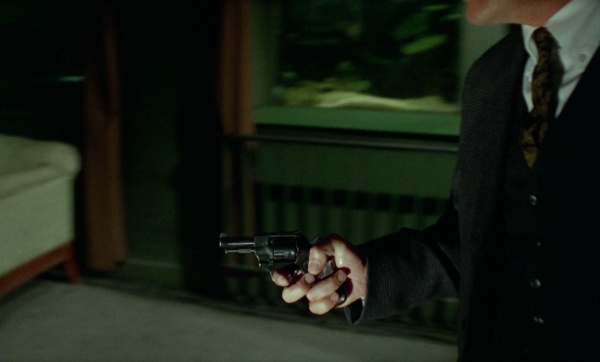 Keeney sneaks in "The Chief"'s mansion. 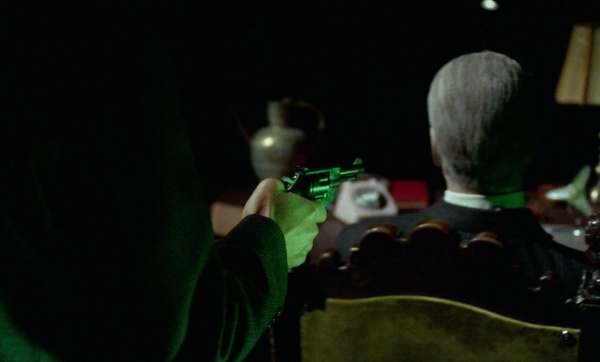 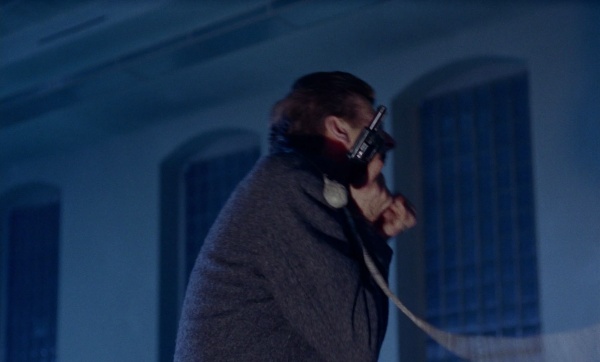 Denver draws his revolver but is strangled by "The Red Monk"'s whip. 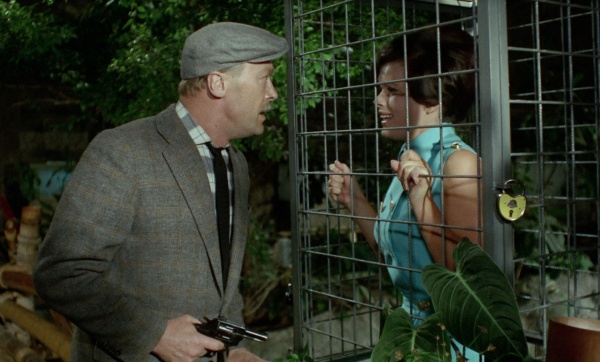 Powers finds abducted Ann Portland in the cage in "The Chief"'s mansion. 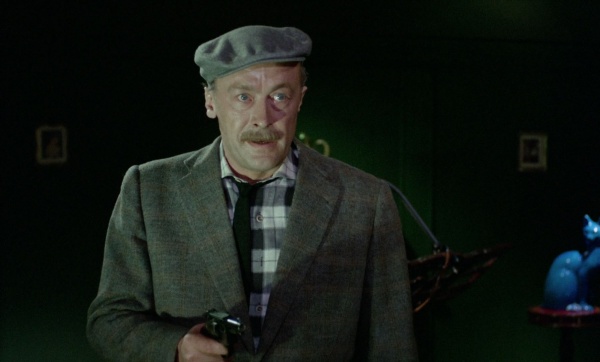 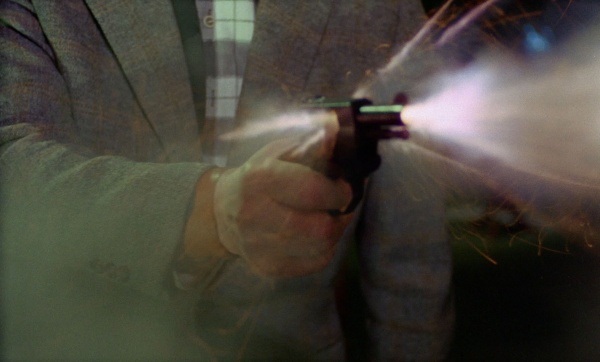 He fires at "The Red Monk". 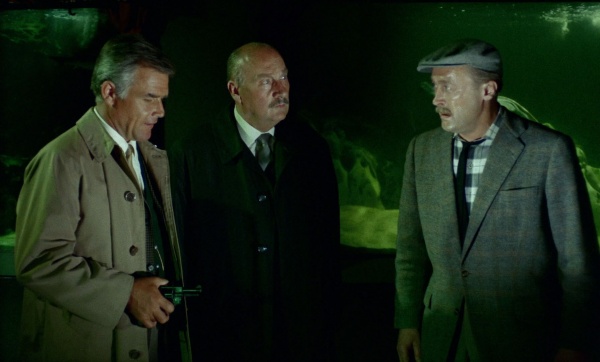 Inspector Higgins (at the left) holds his revolver in the final scene. 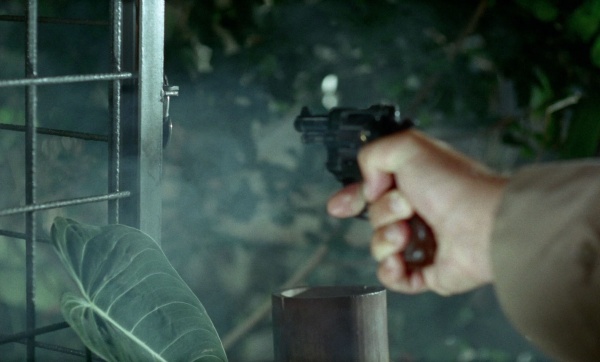 Inspector Higgins fires at the lock of the cage. 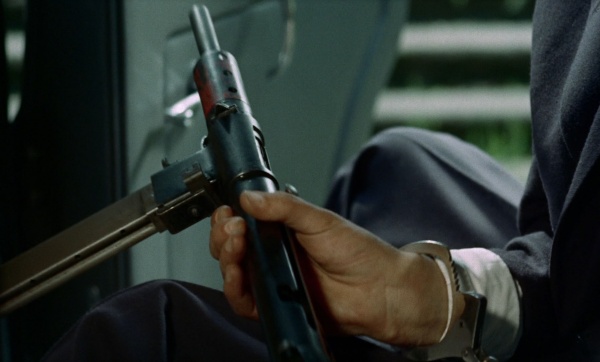 Greaves takes the Sten, hidden in the car. 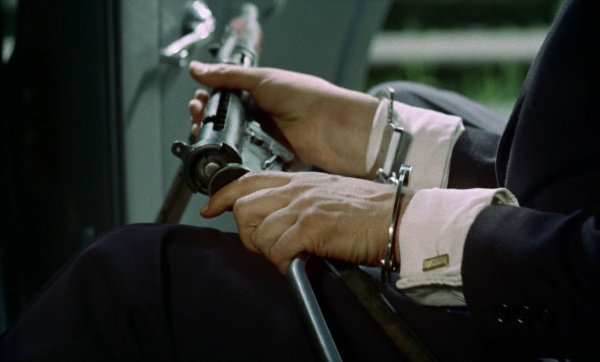 He attaches the stock. 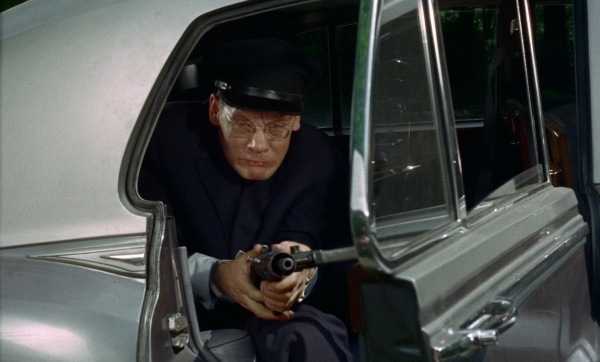 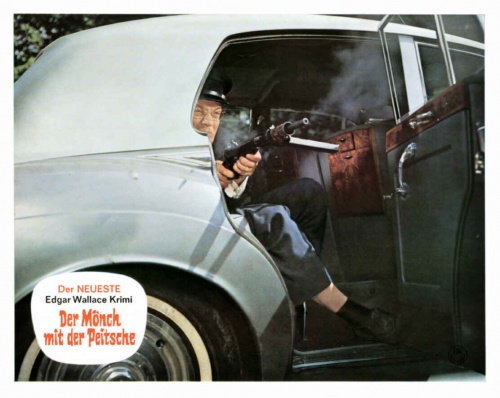 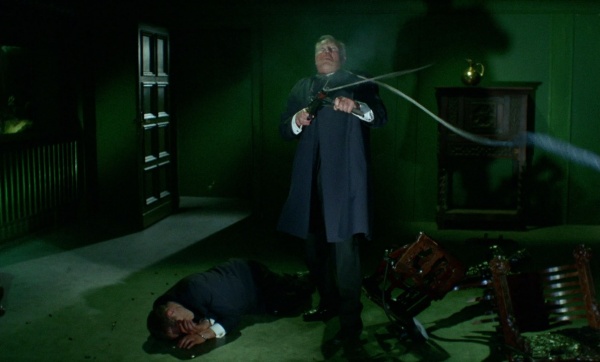 Limes Portland aka Bannister (Hans Epskamp) grabs the Sten of shot dead Greaves but is strangled by the whip. 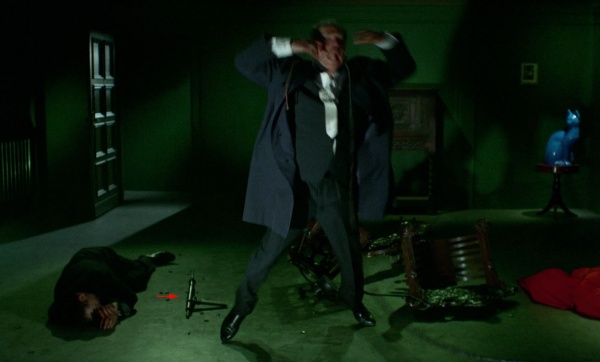 The Sten on the floor.

Greaves (Günter Meisner) uses an over and under combination rifle/shotgun with sniper scope during the kidnapping of Ann Portland. This gun is the same model as those used in The Curse of the Hidden Vault, The Ringer, Again the Ringer. 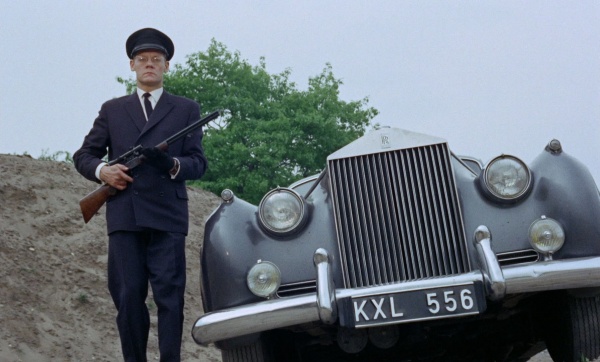 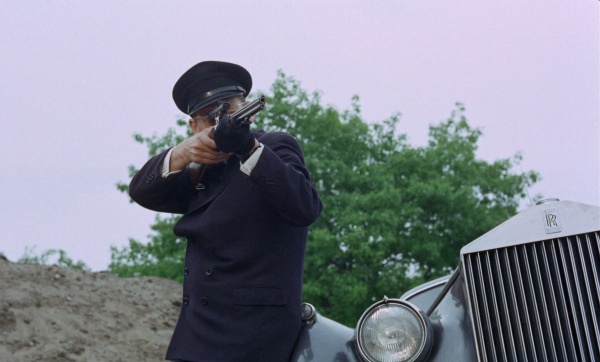 He aims at a police officer who guards Ann. 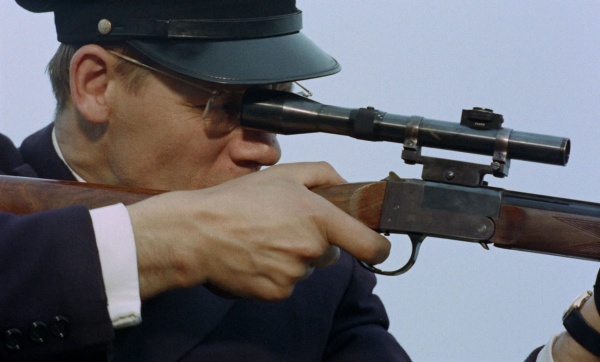 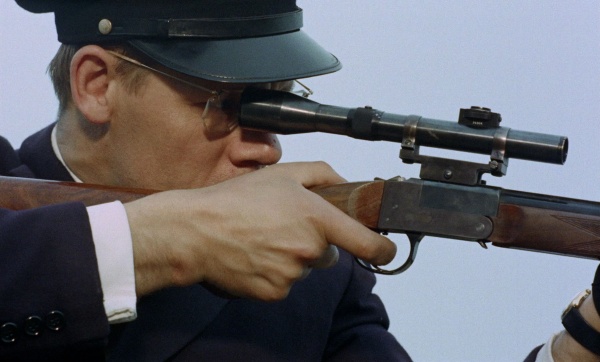 A close-up of the firing gun. The hammer is seen in action.