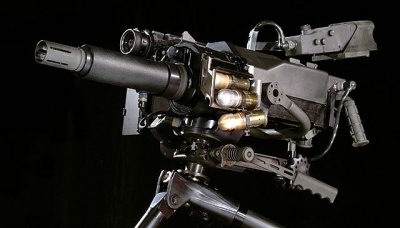 The Mk 47 Mod 0, or Striker 40, is an automatic grenade launcher currently being evaluated by the United States and Israel. It is capable of firing programmable "smart" grenades, making it more accurate, as well as much lighter, than the Mk 19 grenade launcher it is intended the replace.