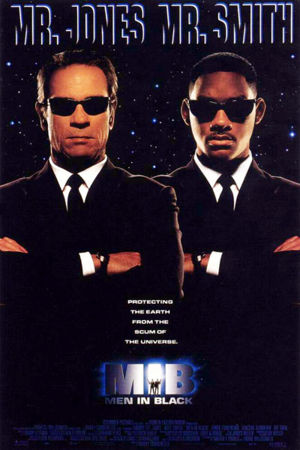 Men In Black is a 1997 science fiction film based on the Marvel Comics series. The film stars Will Smith as an NYPD detective who gets recruited into a secret government organization that oversees the presence of alien beings on the planet Earth. Tommy Lee Jones stars as the MIB agent who takes him on as a partner. MIB was directed by Barry Sonnenfeld (Get Shorty) and would spawn two sequels, which were released in 2002 and 2012. The spin-off feature film Men in Black: International premiered in 2019. 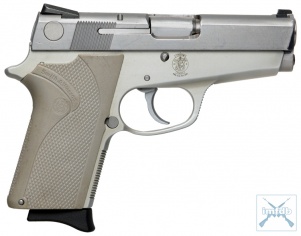 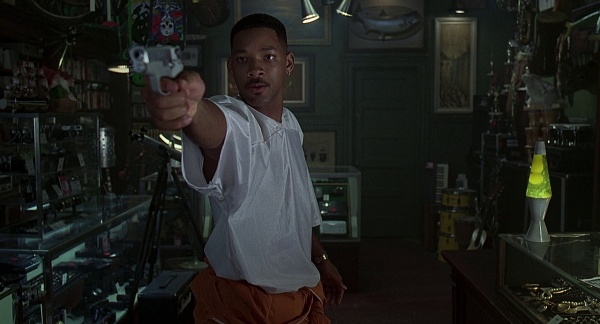 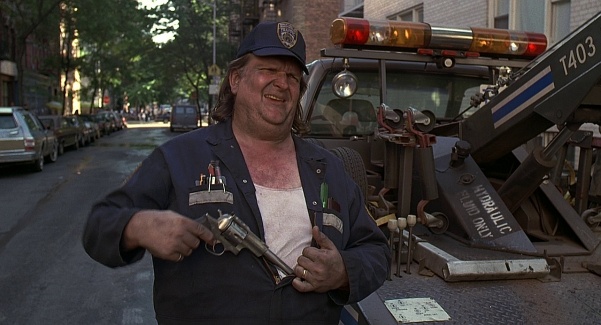 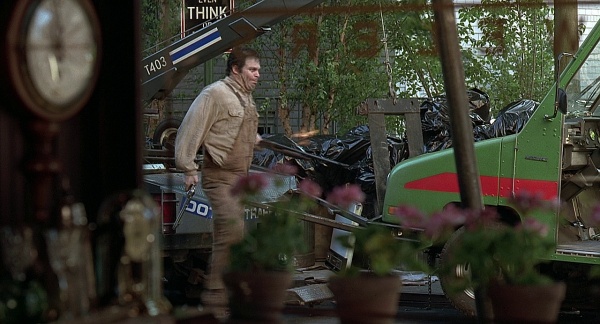 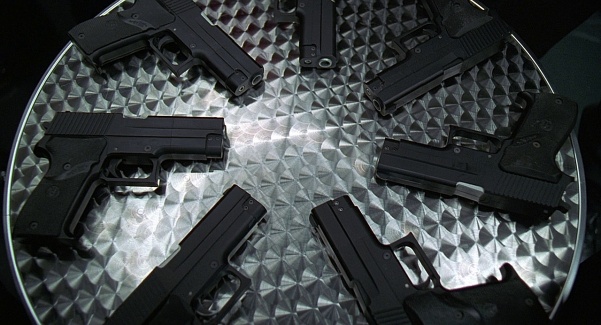 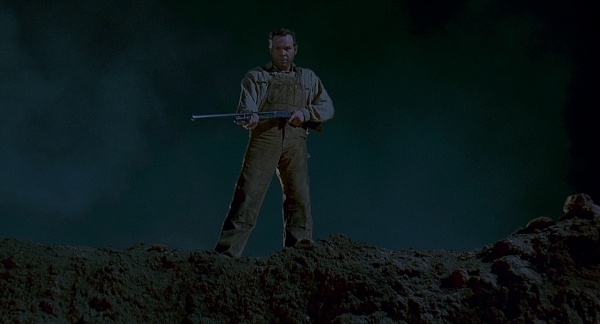 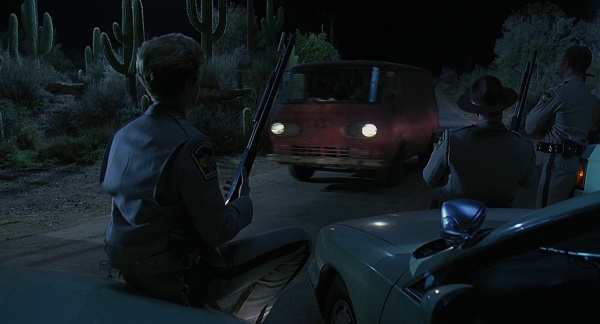 US Border Patrol agent at a roadblock holds a Mossberg 500 shotgun.
Retrieved from "http://www.imfdb.org/index.php?title=Men_In_Black&oldid=1406754"
Categories: