The following weapons were used in the film McHale's Navy: 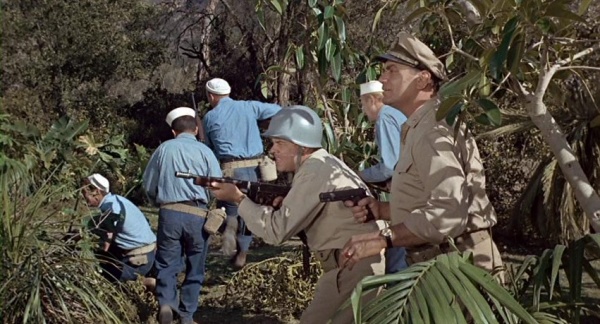 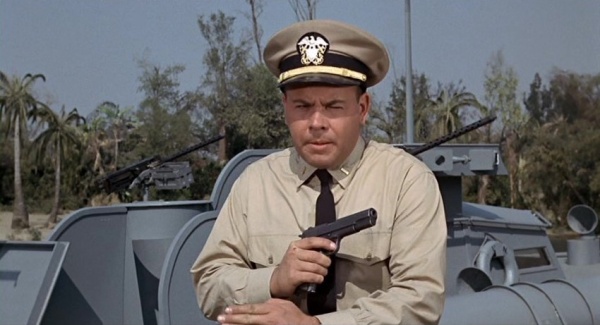 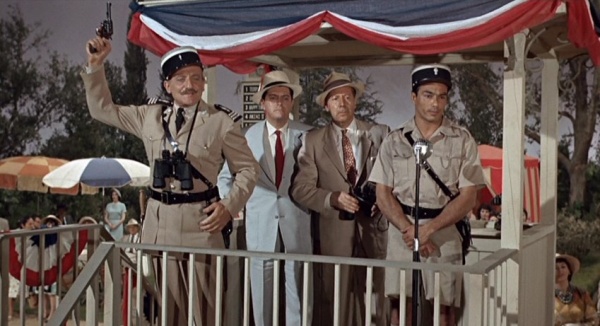 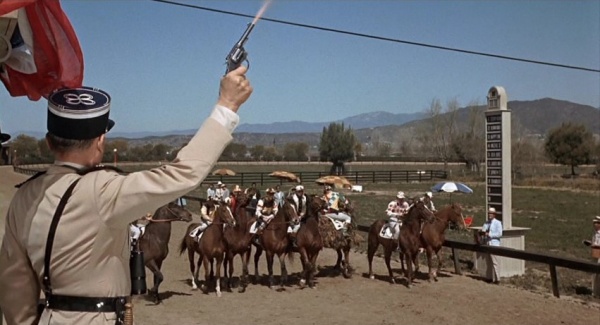 The Chief de Gendarmes fires his duty pistol to signal the start of a horse race. 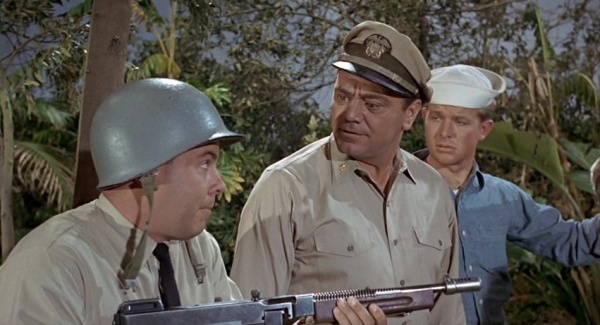 Ensign Parker is ready for jungle combat with his M1928A1 Thompson. 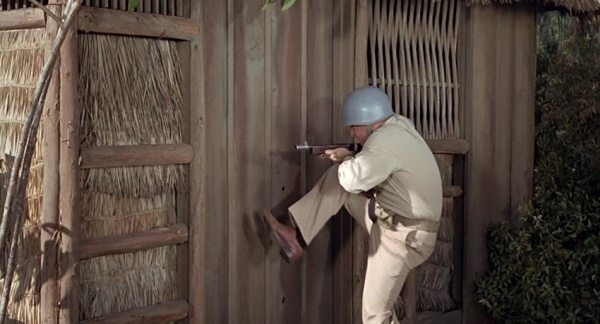 Ensign Parker kicks open the door of a hut while holding his M1928A1 Thompson. 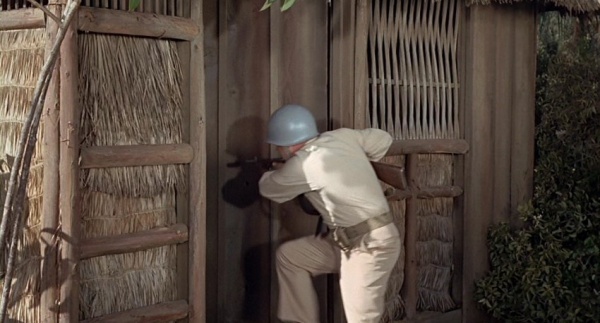 Ensign Parker enters the hut with his M1928A1 Thompson at the ready. 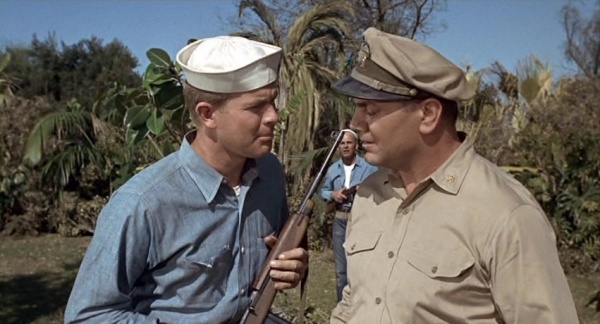 Christy holds an M1 Carbine while discussing the situation with Lt. Cmdr. McHale. The barrel of the carbine has shiny finish near the muzzle and dull finish near the fore grip, indicating it is a Korean War-era M1 with the bayonet lug removed, to simulate a WWII-era M1, which had no bayonet lug. 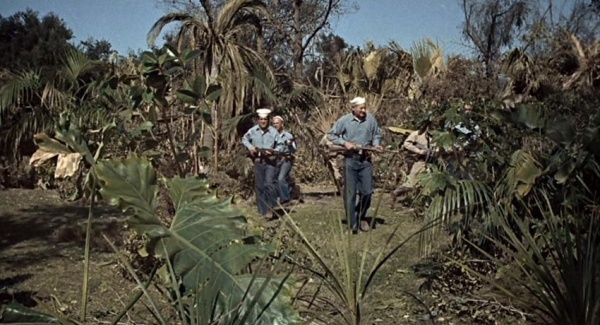 Tinker (left), Happy (behind Tinker) and Gruber (in the lead) move cautiously with their M1 Carbines at the ready. 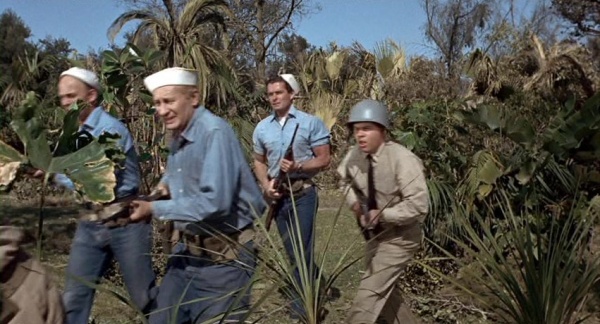 Happy (left), Gruber (second from left) and Virgil (in the rear) move cautiously with their M1 Carbines at the ready.

Lt. Cmdr. Quinton McHale and Ensign Charles Parker use Browning M2 Aircraft machineguns mounted on the deck of the PT-73. 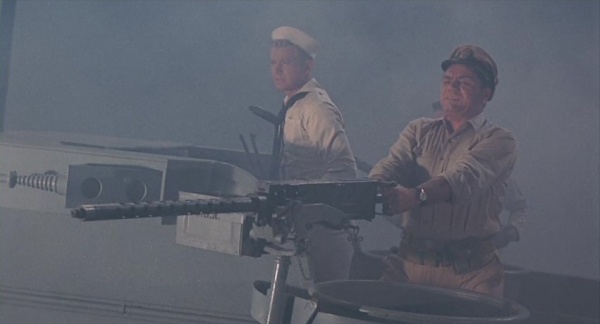 Lt. Cmdr. McHale is ready to fire the M2 Browning. 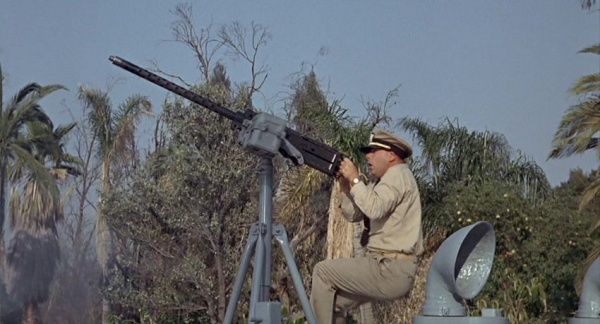 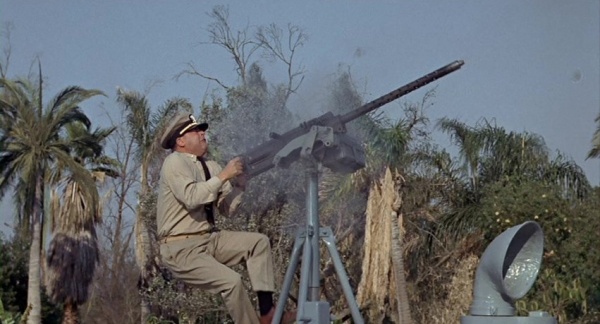 Ensign Parker fires the M2 at an approaching aircraft.

Imperial Japanese Navy sailors crew a gun mounted on the tower deck of a submarine. 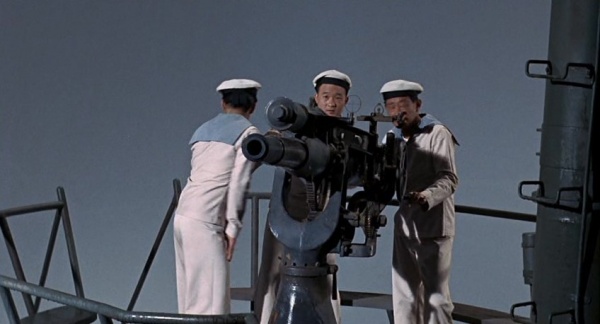 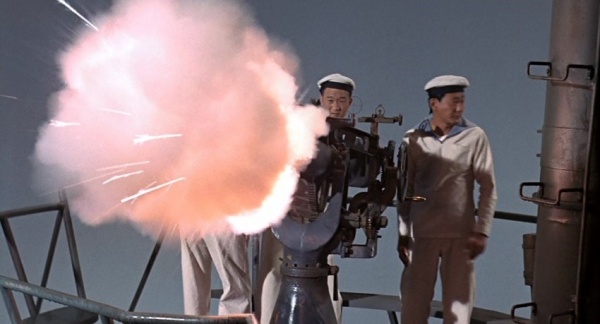