Marvel One-Shots are a series of short films set in the Marvel Cinematic Universe. These films were included in the Blu-Ray releases of several of the Marvel theatrical films. Several of these films feature firearms.

The following lists the films in the "Marvel One-Shot" series that feature firearms:

A Funny Thing Happened on the Way to Thor's Hammer - the 2011 One-Shot starring Clark Gregg as Phil Coulson that was included with the release of Captain America: The First Avenger. 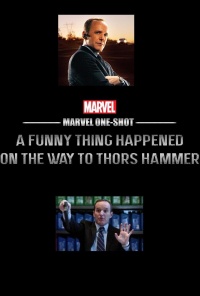 A Funny Thing Happened on the Way to Thor's Hammer (2011)

Agent Carter - - the 2013 One-Shot starring Hayley Atwell as Peggy Carter that was included with the release of Iron Man 3. 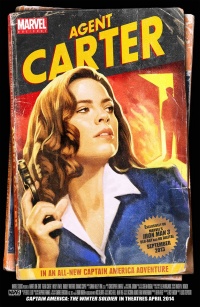 All Hail the King - the 2014 One-Shot starring Ben Kingsley as Trevor Slattery that was included with the release of Thor: The Dark World. 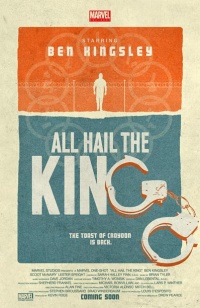