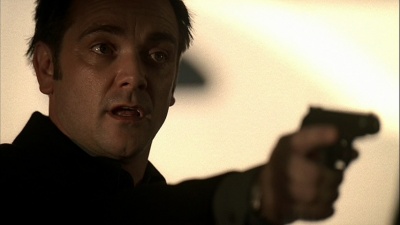 Mark Sheppard holds a Makarov PM as Ivan Erwich in 24. 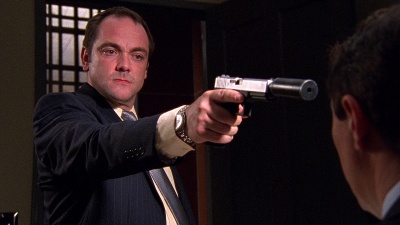 Mark Sheppard is a British actor who is known for such roles as Romo Lampkin in the reboot of the series Battlestar Galactica and as Crowley in the series Supernatural. He also is the son of fellow actor William Morgan Sheppard.