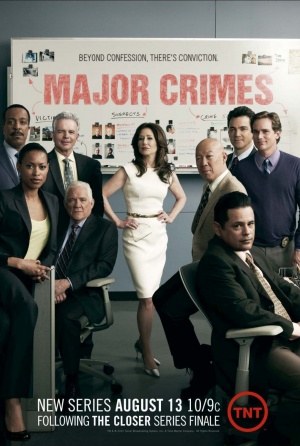 Major Crimes is the television spin-off from The Closer. The series stars Mary McDonnell as Captain Sharon Raydor (who previously had a recurring role on The Closer), who takes over as head of the Major Crimes Division of the Los Angeles Police Department. Most of the cast of The Closer returns for this series, which premiered in the US on TNT in 2012 and aired for six seasons until 2018.

The following lists the seasons of the series The Closer: