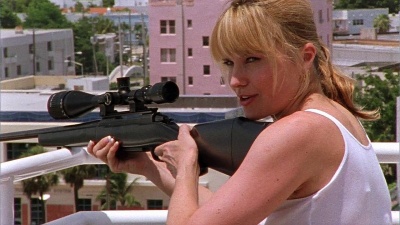 Lucy Lawless (b. March 29, 1968 in Auckland, New Zealand) is a New Zealand actress who gained iconic status for her role as the title character in the internationally successful syndicated series Xena: Warrior Princess and then later as the Cylon "Number Three" in the reboot of Battlestar Galactica. She also has appeared in such series as Spartacus: Blood and Sand, Burn Notice, Agents of S.H.I.E.L.D., and Ash vs Evil Dead.