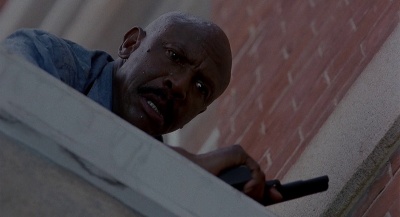 Louis Gossett Jr. is an American actor well known to movie audiences for his role as Charles "Chappy" Sinclair in four Iron Eagle films as well as for his portrayal as USMC Gunnery Sergeant Emil Foley in the film An Officer and a Gentleman, a role for which he received an Academy Award for Best Supporting Actor. He also is the cousin of actor Robert Gossett.