The Little Soldier (Le petit soldat) is a 1963 (filmed 1960) French drama directed by Jean-Luc Godard. The story is set during the Algerian War. A French journalist Bruno Forestier (Michel Subor) lives in Switzerland. He works for French right-wing organisation, but once he is suspected to be a double agent. To prove his innocence, Forestier must kill a pro-FLN (National Liberation Front of Algeria) activist. Meanwhile, Forestier falls in love with Veronica Dreyer (Anna Karina), who also appears to be tied to the FLN.

The following weapons were used in the film The Little Soldier (Le petit soldat):

Bruno Forestier (Michel Subor) own a Vis wz. 35. In one scene Jacques (Henri-Jacques Huet) holds a Vis (probably same prop reused) instead of his usual Luger. 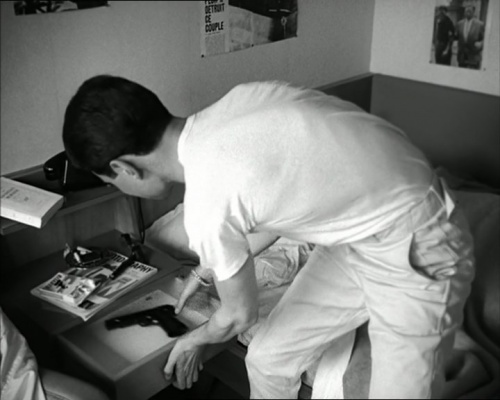 A Vis in Bruno's nightstand. 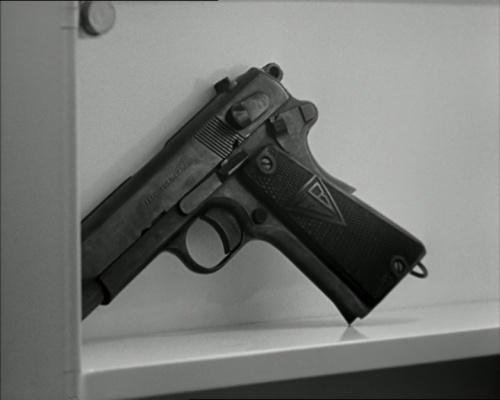 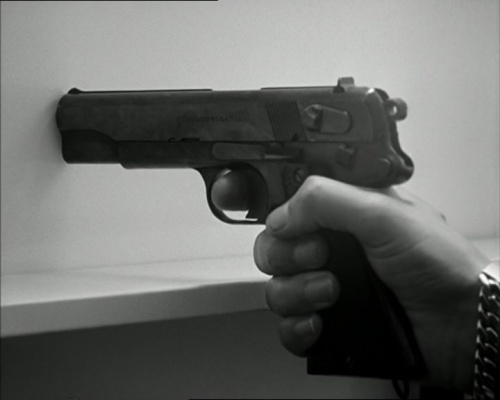 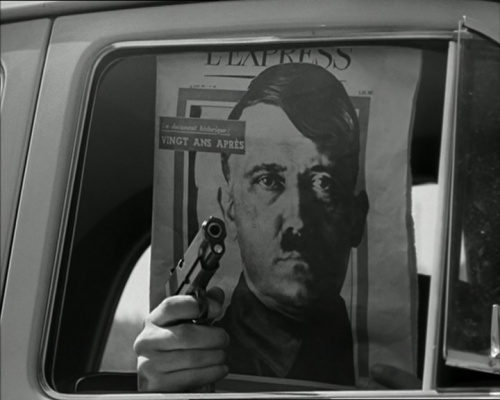 The muzzle is seen when Bruno aims at his victim, covering his face with a newspaper with the image of Hitler. 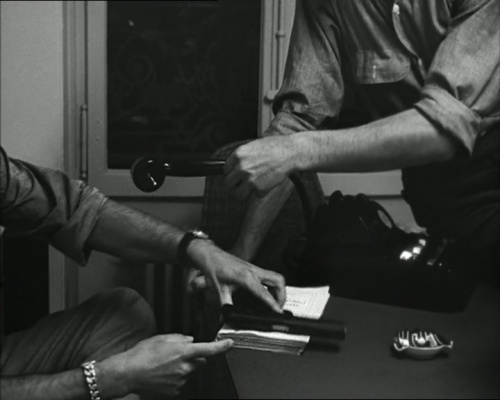 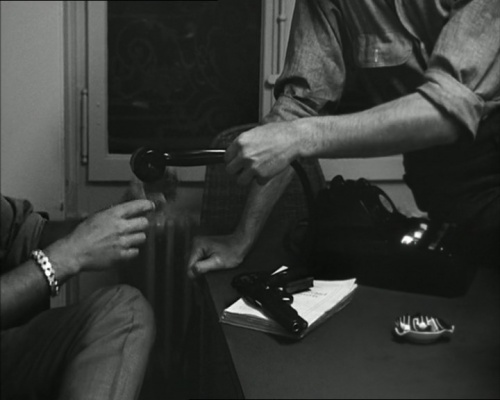 Jacques' pistol on the table. 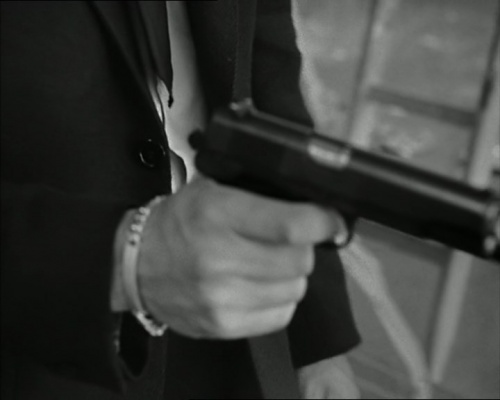 Bruno fires his Vis in the final scene. 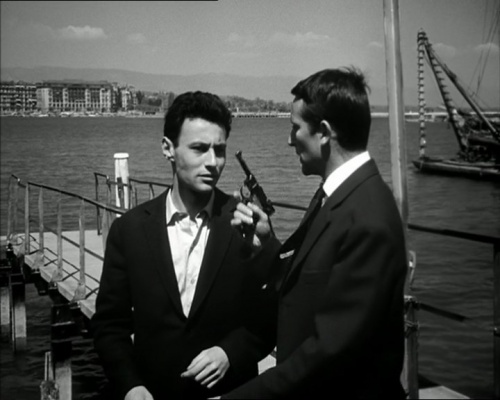 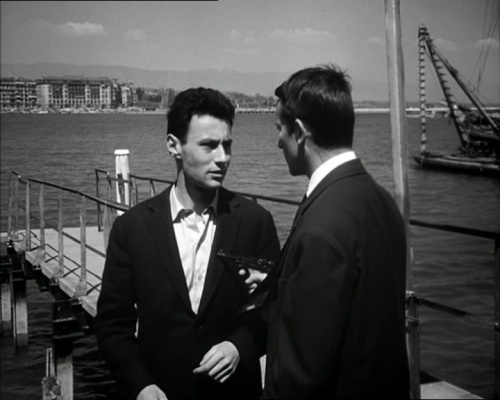 Paul holds his Luger during the confrontation with Bruno. 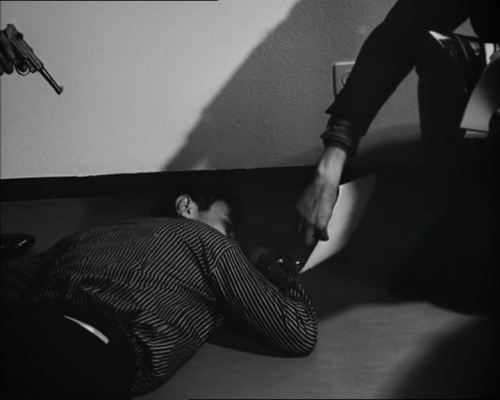 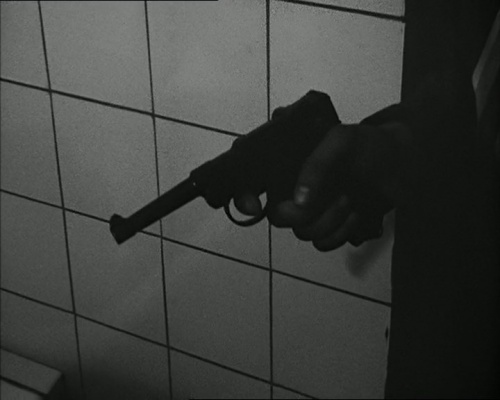 An Algerian with a Luger. 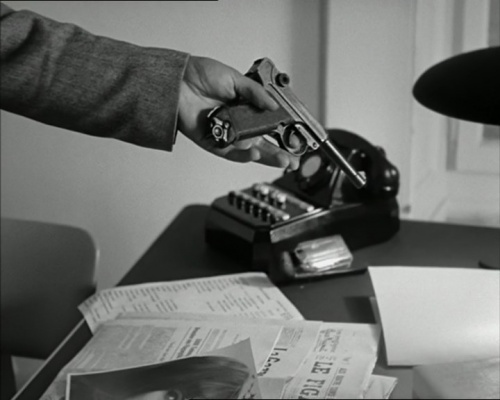 In the final scene Veronica Dreyer (Anna Karina) draws a pocket revolver of unclear model. It is supposed to be a kind of blank firing gun, possibly a starter gun. 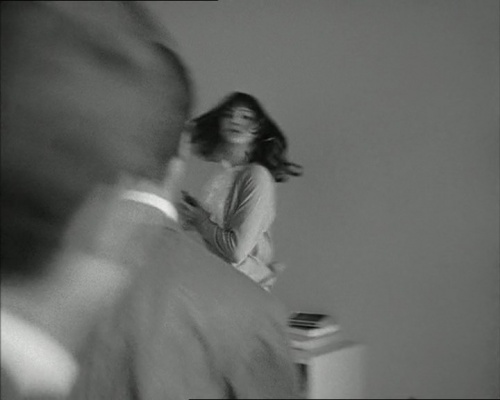 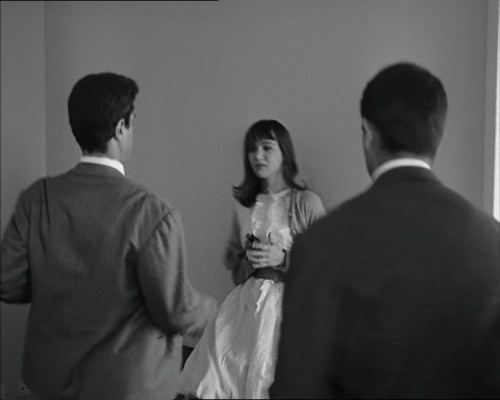 The bore looks filled in, that allows to guess that this is a starter gun or even a cap gun. 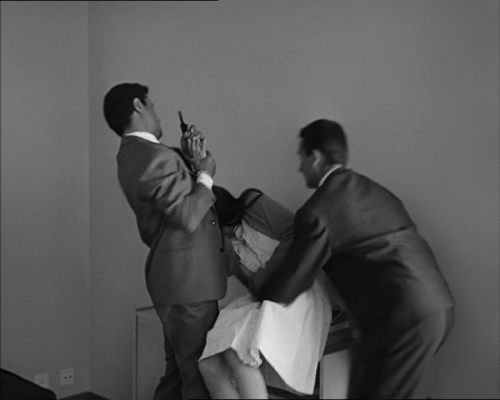 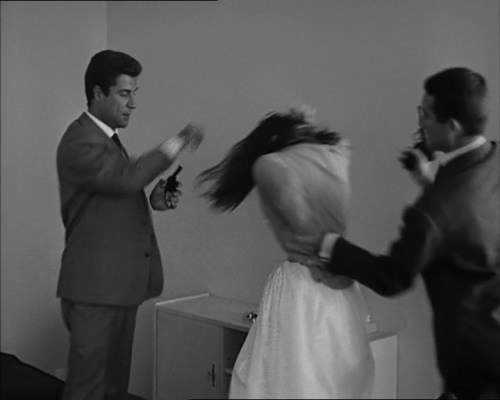 But Jacques disarms her.

PPSh-41s are seen on a documentary photo of Hungarian Revolution of 1956 and of some unknown military conflict of 1950s. 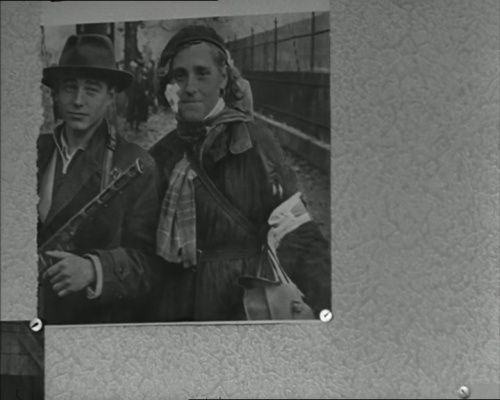 A Hungarian rebel with a PPSh. 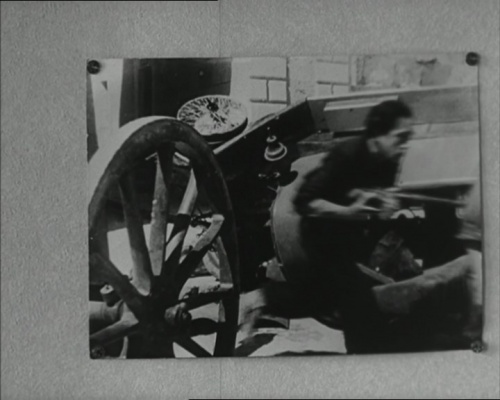 What appear to be a PPSh is seen.

What appear to be a Mosin Nagant M1944 Carbine is seen on a documentary photo of some military conflict of 1950s. 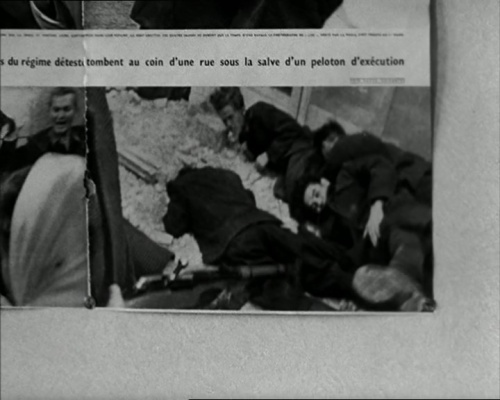 A bolt action short rifle appears to be an M44 Carbine; the dark side along the foreend is possibly a folding bayonet.
Retrieved from "http://www.imfdb.org/index.php?title=Little_Soldier_(Le_petit_soldat),_The&oldid=1240315"
Categories: