The Leopard (Italian title: Il gattopardo) is a 1963 Italian-French historical epic romance film directed by Luchino Visconti on based novel by Giuseppe di Lampedusa Tomasi. The story takes place in 19th century Sicily on background tumultuous events of the years 1860 to 1861 when the island is occupied by the troops of Garibaldi's red shirts and tells the story of an aristocratic family Salina - who own the blazon with the leopard. Starring Burt Lancaster, Claudia Cardinale and Alain Delon.

The following weapons were used in the film Leopard, The (Il gattopardo): 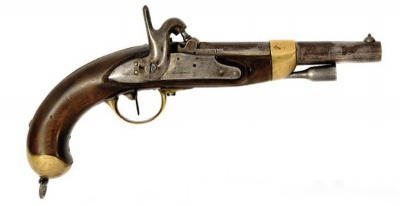 This gun has a belt is also a red shirts soldier at a checkpoint.

One of Garibaldi's men holds a Lefaucheux revolver his hand. 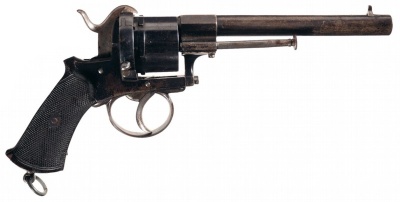 Some of Garibaldi's volunteers are equipped with Austro-Hungarian Werndl Rifles.