The Left Handed Gun is a 1958 Western that marked the directorial debut of Arthur Penn. The film was a retelling of the Billy the Kid story and starred Paul Newman as Billy the Kid and John Dehner as Pat Garrett. The film's cast also happened to include James Best and Denver Pyle, who would later co-star in the CBS series The Dukes of Hazzard.

The following weapons were used in the film The Left Handed Gun:

The "Artillery" model of the Single Action Army revolver is carried by several characters in the film, including Billy the Kid (Paul Newman ) and Pat Garrett (John Dehner). 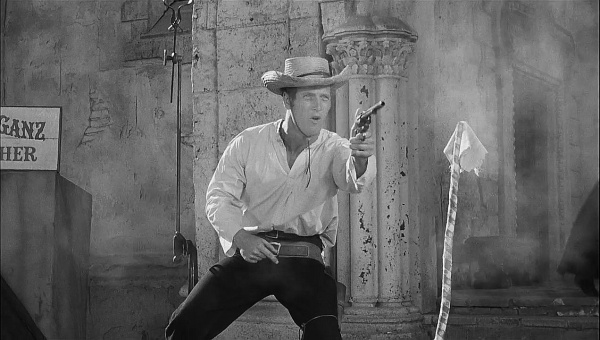 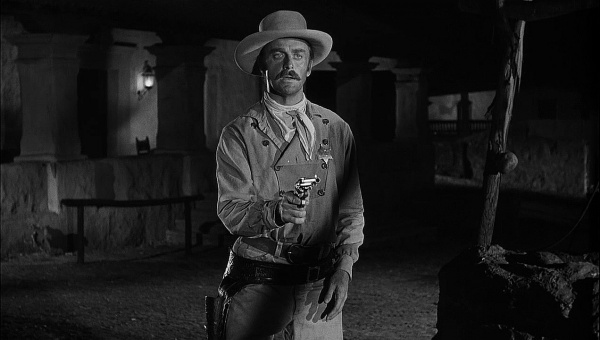 The revolver is drawn by Pat Garrett (John Dehner).

Several characters in the film are seen carrying the anachronistic Colt New Service revolver. The use of these revolvers was not uncommon in films of the earlier era. 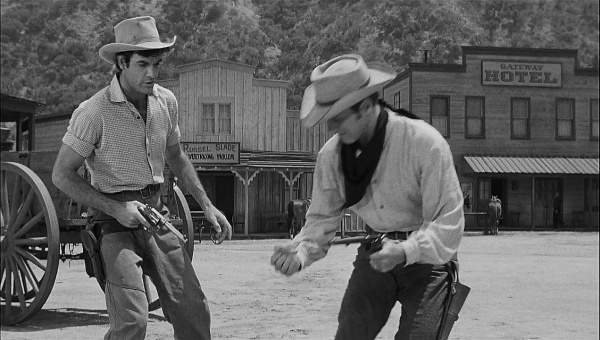 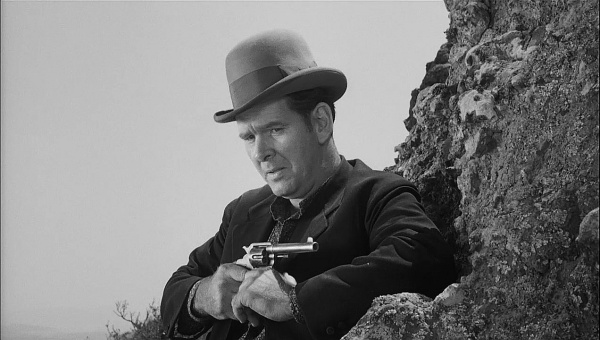 The anachronistic Colt New Service revolver is held by Hill.

The Winchester Model 1892 rifle is seen in the hands of Tom Folliard (James Best) at the film's beginning. 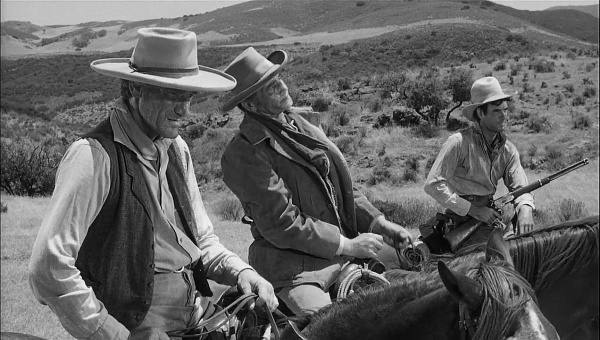 At the right, Winchester Model 1892 rifle is seen in the hands of Tom Folliard (James Best).

Bob Ollinger (Denver Pyle) keeps a 12 Gauge Double Barreled Shotgun when Billy is apprehended. The shotgun is later seen in the hands of Billy. 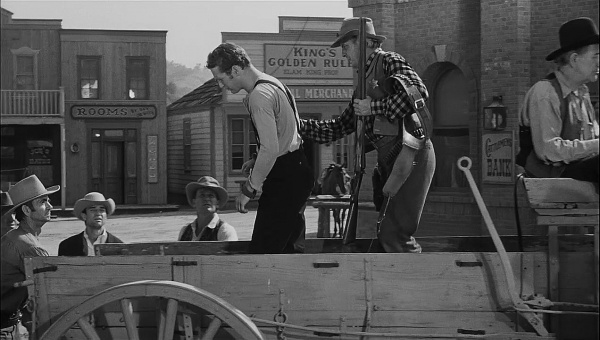 While at Pat Garrett's wedding, Billy is seen posing for a picture while holding a Springfield Model 1861 rifle. 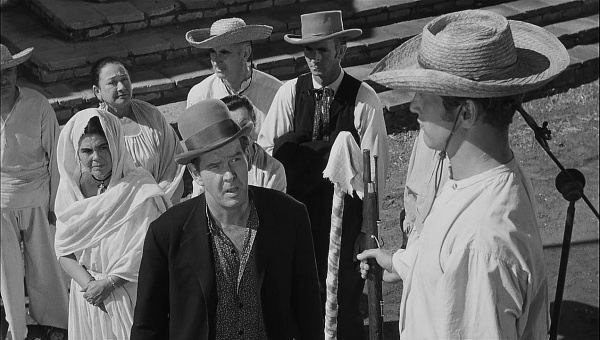 Billy poses for a picture while holding the rifle.
Retrieved from "http://www.imfdb.org/index.php?title=Left_Handed_Gun,_The&oldid=950751"
Categories: