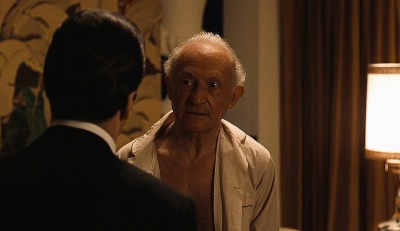 Lee Strasberg (1901-1982) was an American actor/director who helped pioneer the "Method"-style of acting in the US. His acting studio helped train such notable actors as Al Pacino, Paul Newman, and Sally Field. Perhaps his most famous acting role as the mobster Hyman Roth in the film The Godfather Part II.