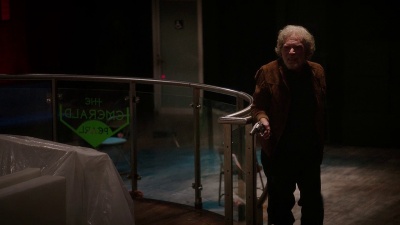 Kevin Conway (1942-2020) was an American actor who appeared in such films as Gettysburg, Thirteen Days, and The Quick and the Dead and such series as Person of Interest and JAG in addition to guest-starring on Law & Order, Law & Order: Criminal Intent and Law & Order: Special Victims Unit. To Star Trek fans, he portrayed the Klingon leader Kahless in an episode of Star Trek: The Next Generation.