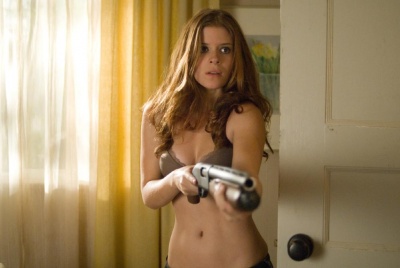 Kata Mara with the sawed down Remington 870 Express Shotgun as Sarah in Shooter (2007).

Kate Mara is an American actress who has appeared in such films as Megan Leavey (2017), Shooter (2007), Transcendence, and Fantastic Four (2015) as well as such television series as House of Cards, 24 and Entourage. She also is the sister of Rooney Mara and the daughter of New York Giants football executive Tim Mara.