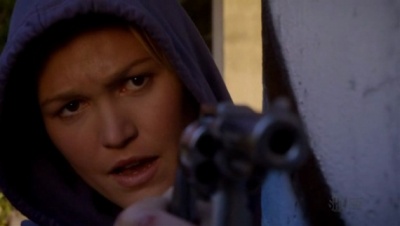 Julia Stiles is an American actress/director who first gained notice for her roles in such teen films as Save the Last Dance and 10 Things I Hate About You. She then segued to more adult characters including her roles as Nicky Parsons in four films of the Jason Bourne film series, Lumen Pierce in Dexter and, more recently, eponymous character in the web-series Blue. She recently directed several episodes of the television series Paloma.