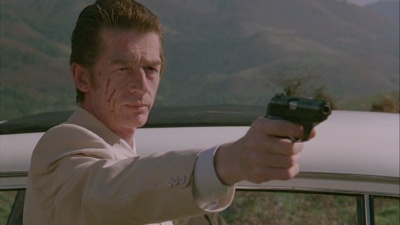 John Hurt (1940–2017) was a British actor well known for his role as the ill-fated crewman Kane in the 1979 film Alien. In addition, his six decade career included acting roles in such films as Harry Potter and the Sorcerer's Stone, V for Vendetta, Indiana Jones and the Kingdom of the Crystal Skull and The Elephant Man, a film for which he received his second Academy Award nomination.