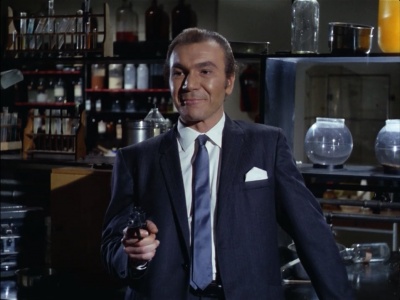 John Colicos (1928–2000) with a Walther P38 as Commissioner Taal Jankowski in Mission: Impossible.

John Colicos was a Canadian actor best known for his role as Kor, the first Klingon ever to be shown in the Star Trek franchise, and his role as the treacherous Baltar in the original Battlestar Galactica.