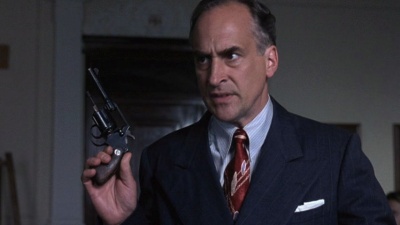 Jeffrey DeMunn with a Colt Police Positive as the District Attorney in The Shawshank Redemption.

Jeffrey DeMunn is an American actor who has collaborated with writer/director Frank Darabont in several films and television series including The Shawshank Redemption, The Green Mile, The Mist, The Blob (1988), Mob City and The Walking Dead.