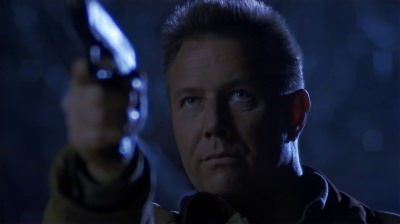 J.T. Walsh (1943-1998) was an American actor who was known for his role as Lt. Col. Matthew Markinson in 1992's A Few Good Men. He also was known for his villainous roles in such films as Backdraft, Good Morning Vietnam, Tequila Sunrise and Breakdown. He passed away due to complications from a heart attack in 1998.