I as in Icarus (I... comme Icare) is a 1979 French political thriller directed by Henri Verneuil. The plot follows the events of JFK assassination but is set in a fictional European state where the president is shot by a sniper. The commission, lead by the Attorney general Henri Volney (Yves Montand), holds investigation and finds a trace of a conspiration in high ranks.

The following weapons were used in the film I as in Icarus (I... comme Icare): 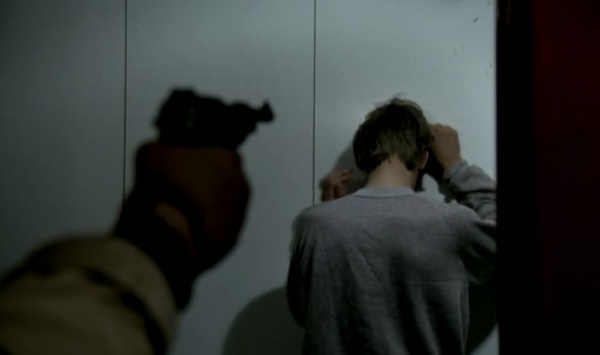 The unknown person aims at Daslow. 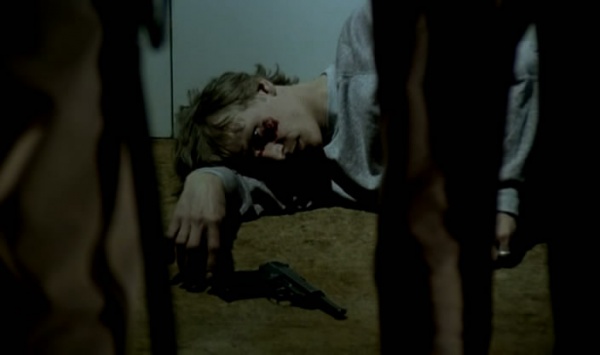 The pistol is seen next to Daslow's hand. 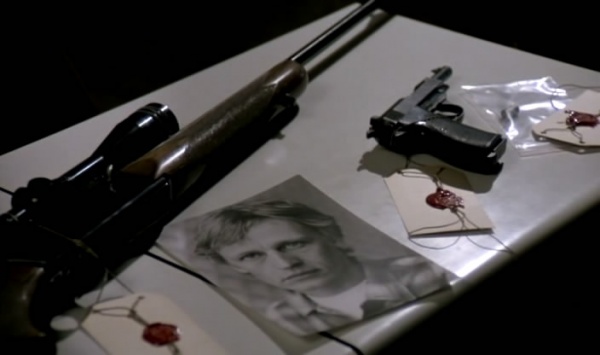 The pistol is seen on the table during the trial.

In one scene a police inspector (Georges Trillat) fires a snub nose revolver. It appears to have a 5-shot cylinder so Smith & Wesson Model 36 is a possible guess. 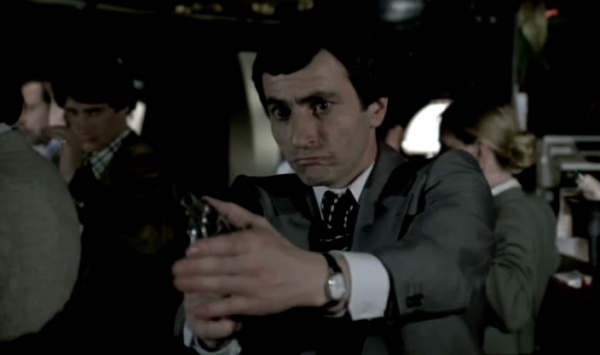 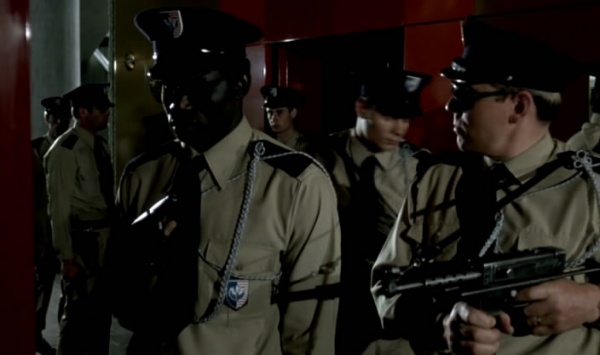 A police officer at the right holds a pistol. 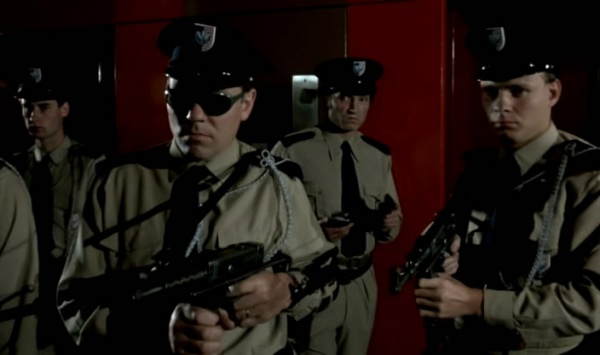 A police officer at the background holds a pistol and a hand-held radio.

A police officer at the left holds a MAT-49.

A pair of police officers with MAT-49s.

A Browning BAR is used to assassinate President Jarry. Karl Eric Daslow (Didier Sauvegrain) holds a rifle that appears to be unloaded while the real shooter is another person. Daslow's rifle is identified to be in .338 Winchester Magnum caliber. 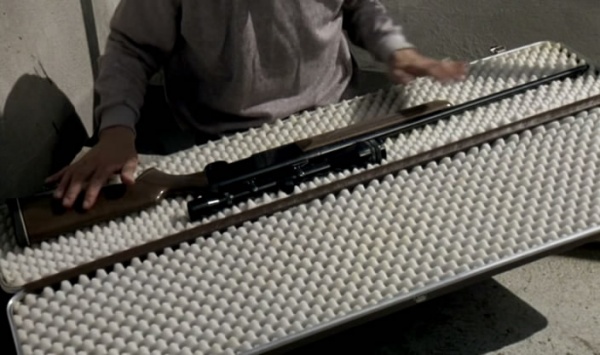 Daslow opens the case with rifle. 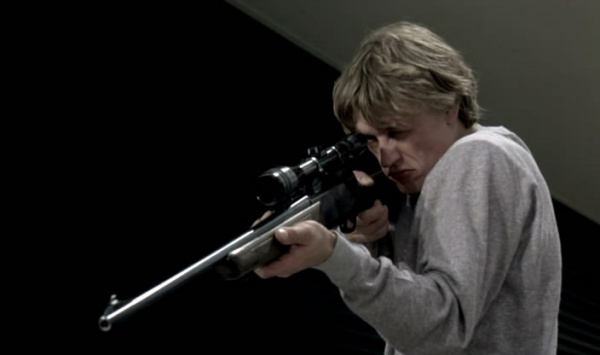 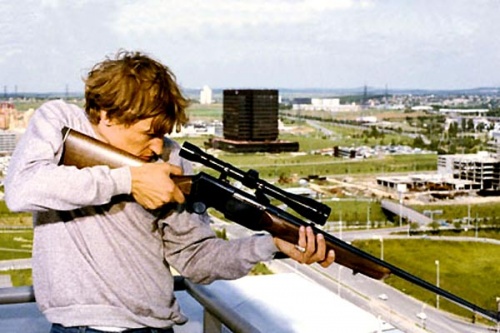 Daslow aims on a promotion still. 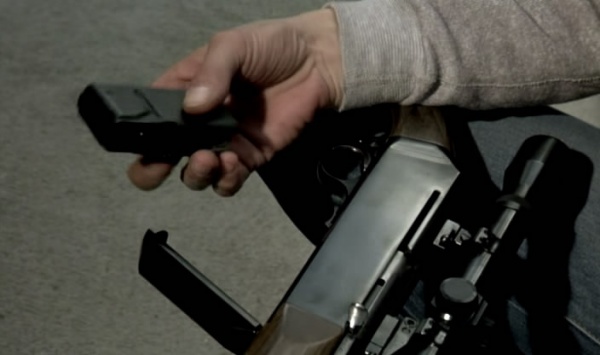 He finds out that the magazine is empty. 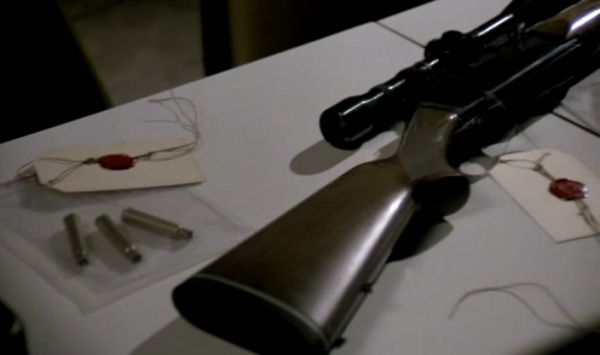 The rifle and three spent cartridges are seen on the table during the trial. 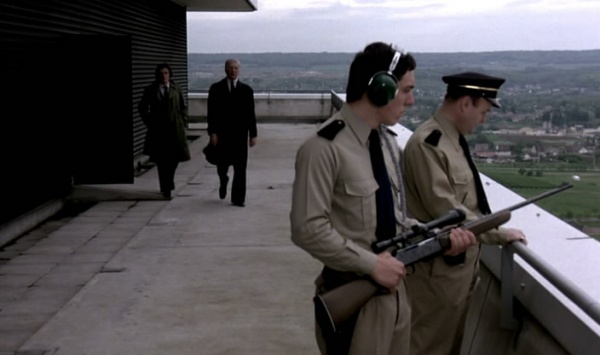 A police sniper holds the rifle during the test. 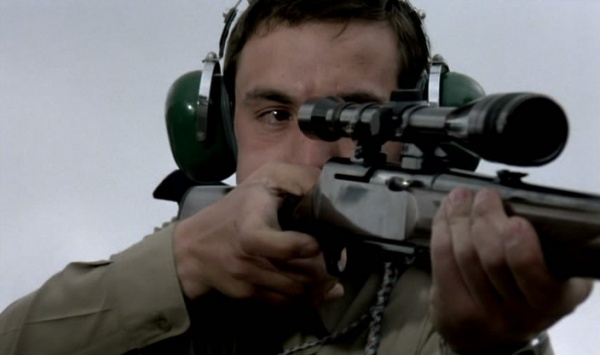