The Hound of the Baskervilles is a British 2002 made for TV detective movie, based on the famous novel by Arthur Conan Doyle. It is directed by David Attwood and stars Richard Roxburgh as Sherlock Holmes and Ian Hart as Dr. Watson. 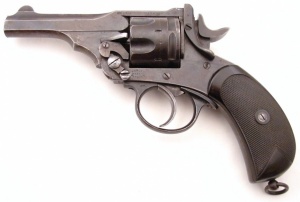 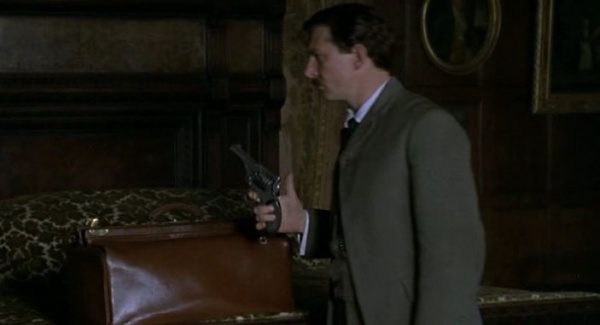 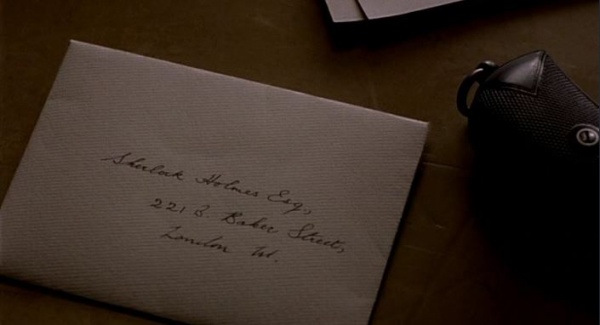 The grip is more angular that the "bird head" of early models. Such grip appeared only on Mk III and continued on later models. 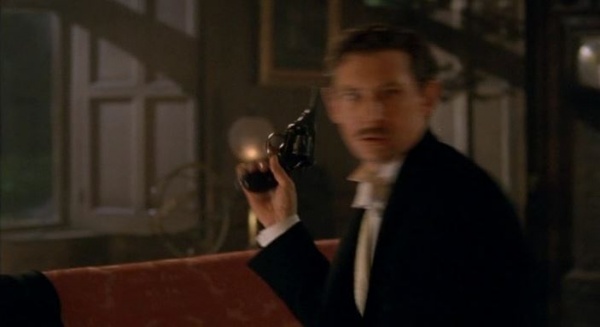 Watson, with revolver in hand, runs to help Sir Henry who is attacked by escaped convict Selden. 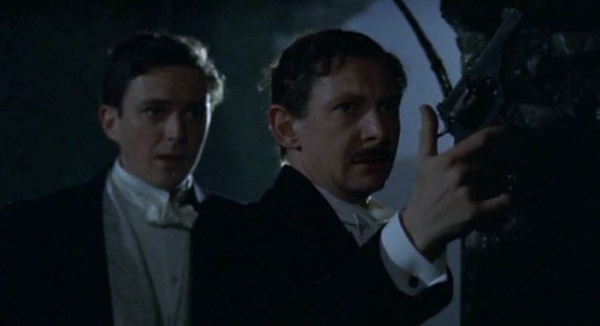 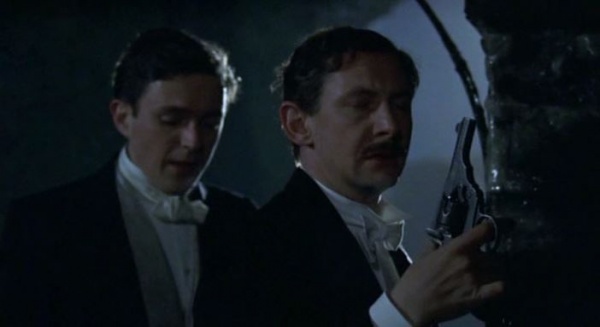 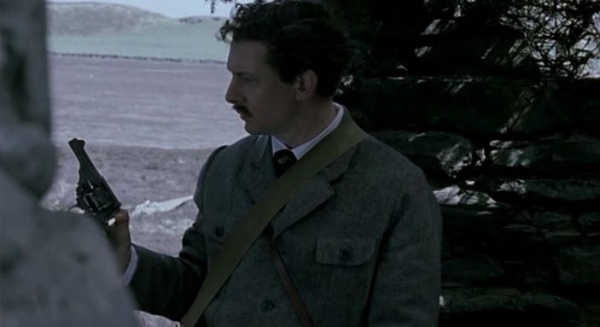 Watson goes on marshes in search of a mysterious man. 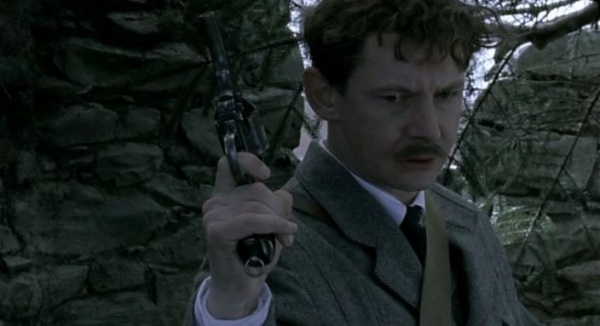 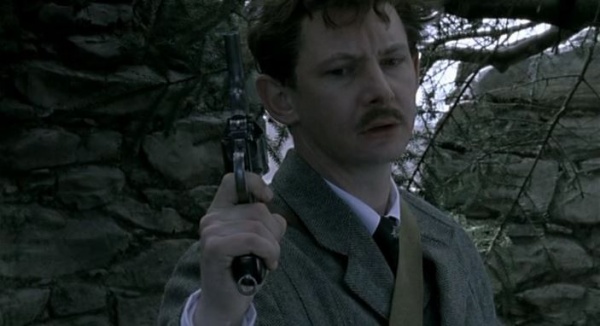 A close view of the revolver allows to see the cylinder to frame lock that also matches Mk III-Mk V models. 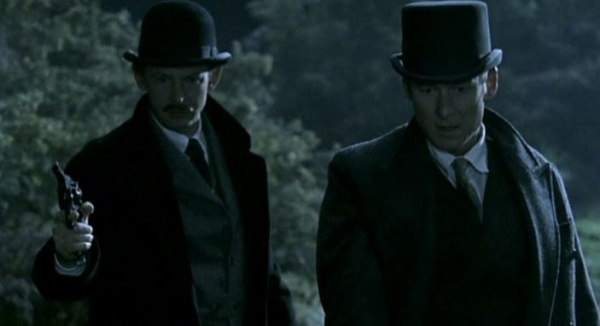 Watson holds his revolver when he and Holmes confronts the hound. 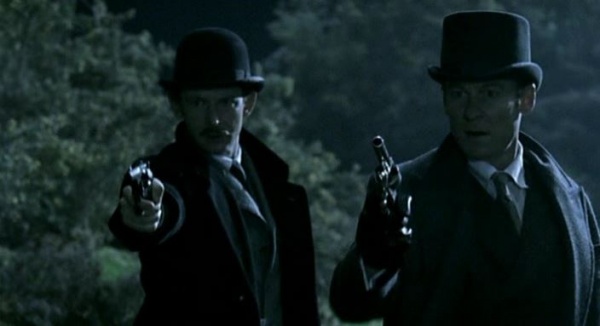 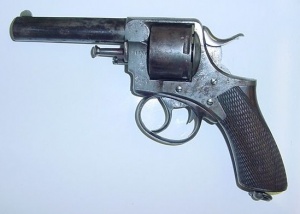 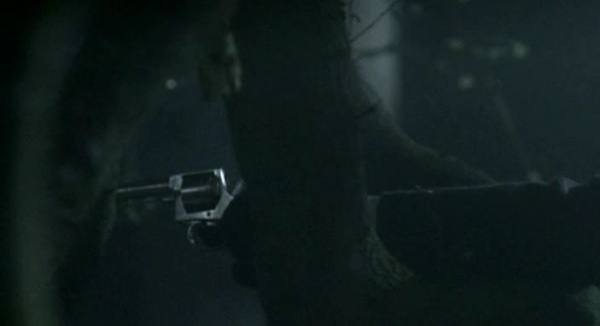 Holmes fires after the running hound. 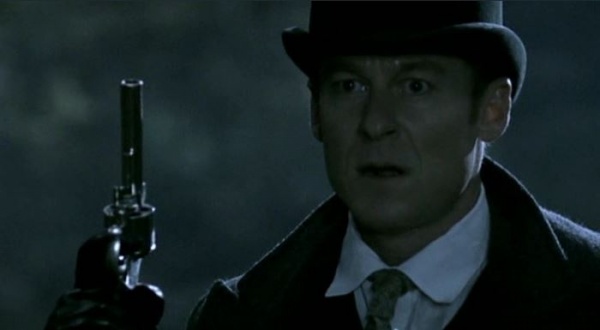 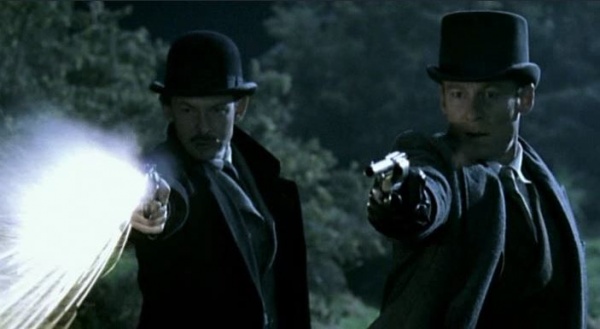 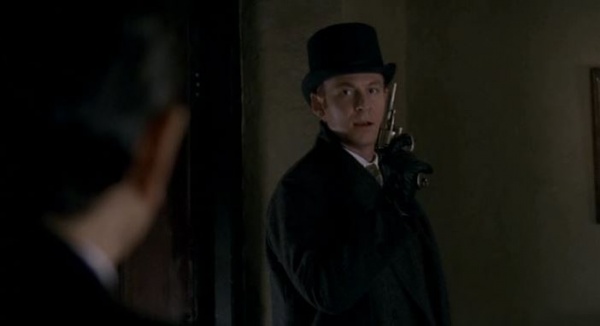 Holmes holds his revolver in the scene in Stapleton's house. 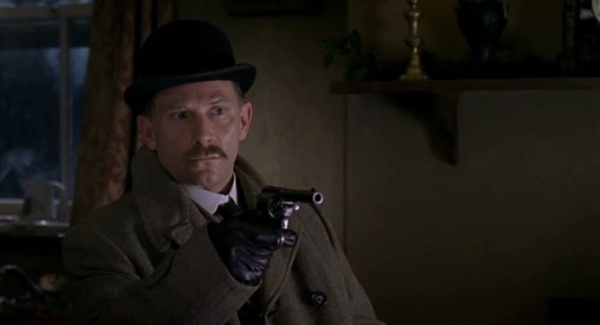 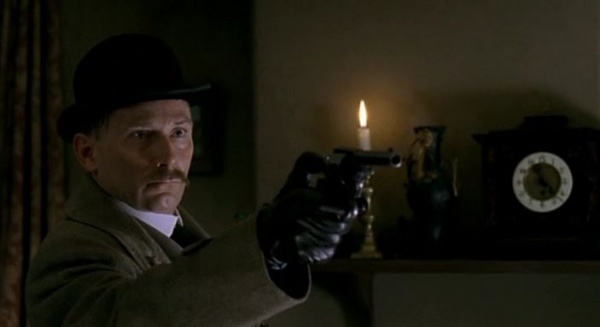 Another view of Lestrade's revolver. 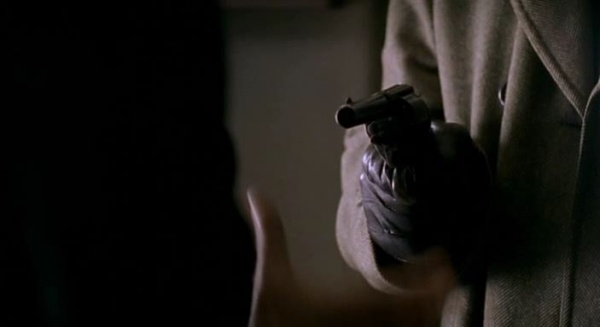 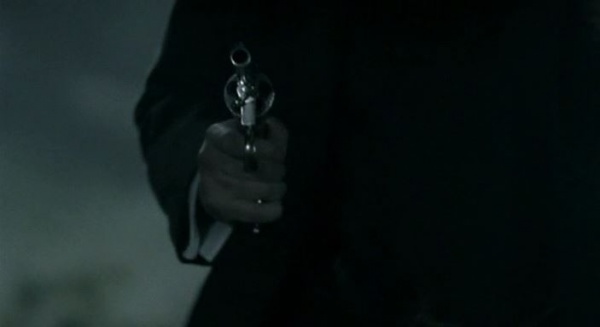 The muzzle of Holmes' revolver is seen when the detective pursues Stapleton on marshes. 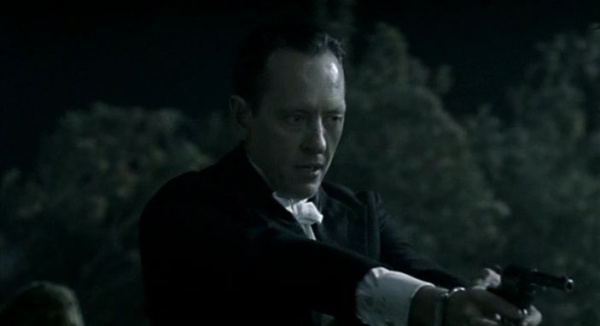 Stapleton aims at Holmes who is caught in a mire... 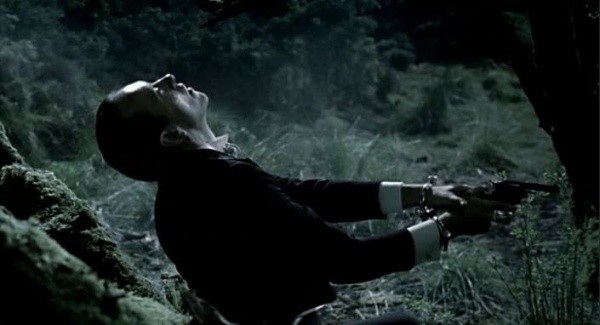 ...but in next moment he drops the revolver, being killed by perfect shot of Watson. 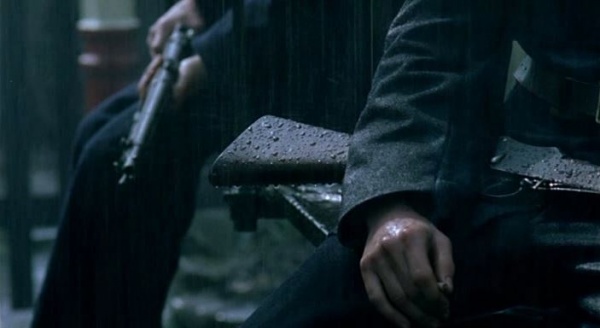 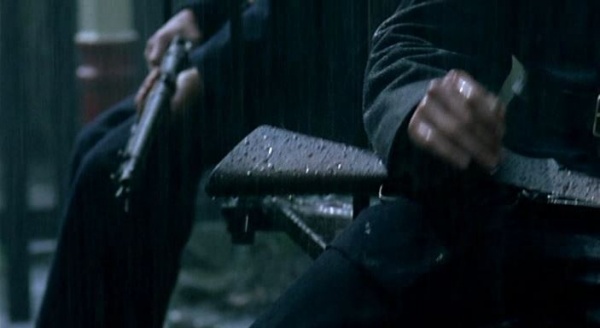