The following weapons were used in the film Hostel: Part II:

Sasha (Milan Knazko) carries the Beretta 84 pistol throughout the movie, but fires it only one time. 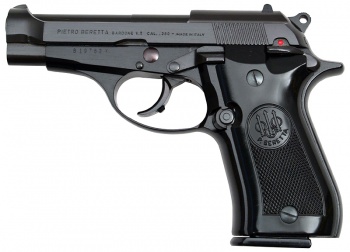 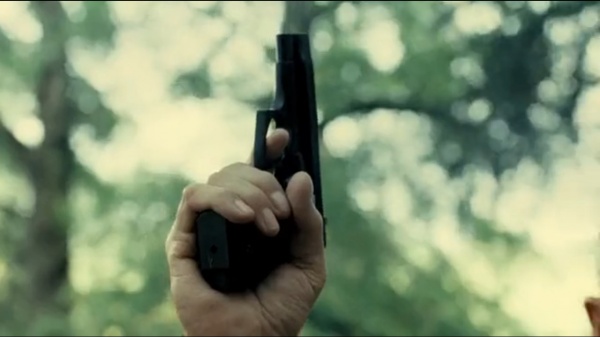 Sasha fires his pistol at air. Notice there is no threaded adapter on the end of the barrel. 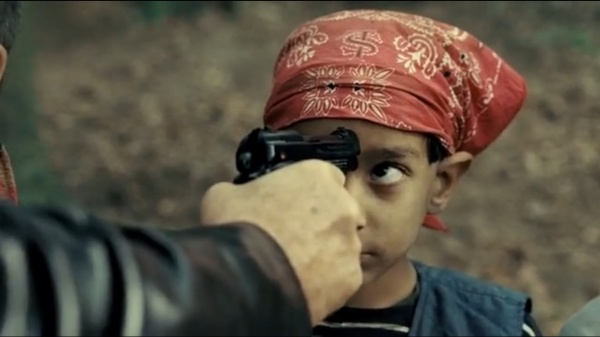 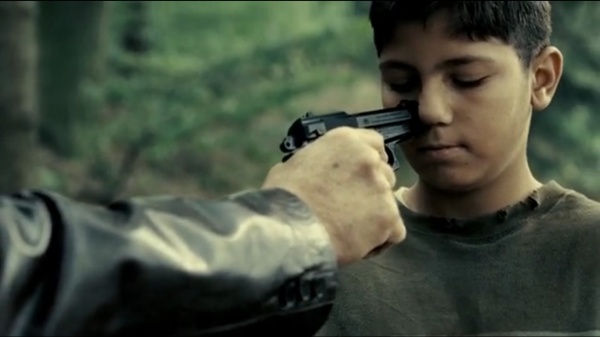 Somehow he is able to to now thread a suppressor on the barrel. 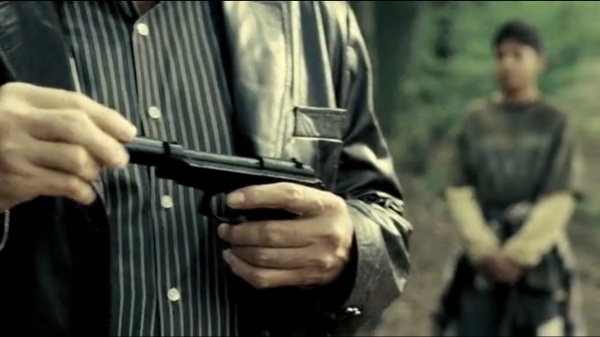 Many of the factory's guards use regular Beretta 92FS pistols. Beth (Lauren German) captured one. 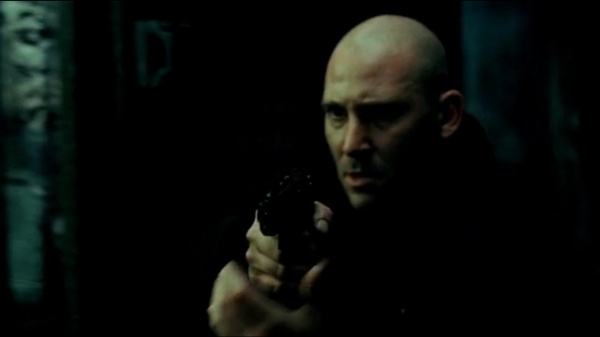 Guard takes aim with his pistol. 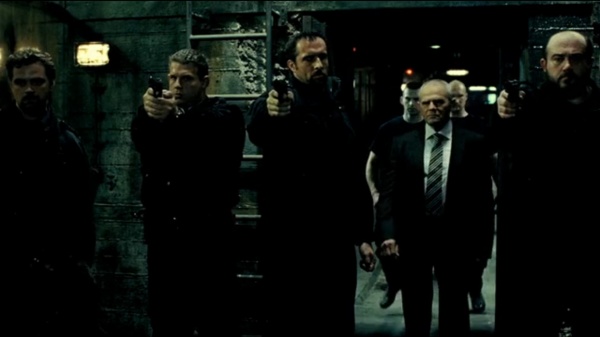 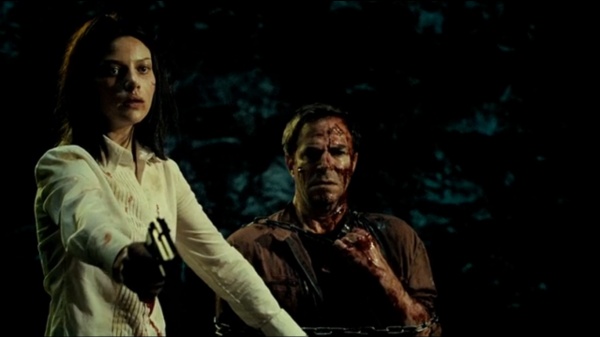 The guards outside the factory carry several AK variants.

Guard at left has a short-barreled AK, and guard at center background (red arrow) has a long-barreled AK