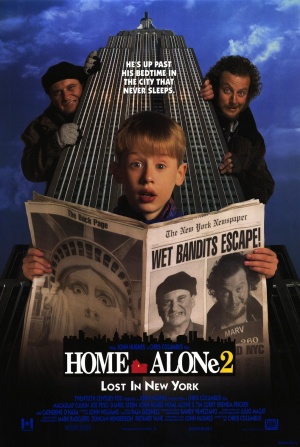 Home Alone 2: Lost in New York is the 1992 sequel to the 1990 smash Christmas hit Home Alone. The sequel finds Kevin (Macaulay Culkin) once again all by himself during the Christmas holiday, this time in New York City after a travel snafu at the airport. During his adventure in the city, he is once again confronted by the "Wet Bandits" (Daniel Stern and Joe Pesci). Chris Columbus returned to direct the sequel, which would be the last theatrical release of a Home Alone feature, but would subsequently be followed by three DTV sequels, including 1997's Home Alone 3.

The following weapons were used in the film Home Alone 2: Lost in New York:

Harry Lyme (Joe Pesci) is seen pulling what appears to be a Colt Police Positive revolver after he and Marv (Daniel Stern) take Kevin to Central Park. The weapon however is gummed up with wood varnish the two criminals had been covered in and is unable to fire. 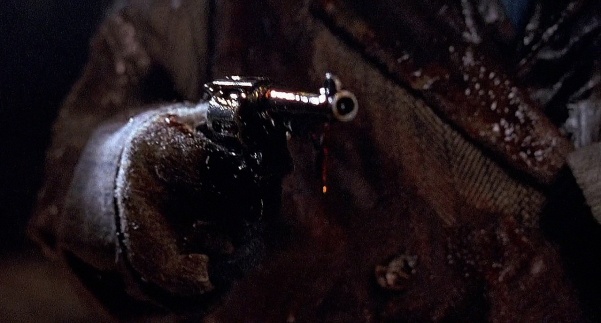 Harry Lyme (Joe Pesci) is pulling what appears to be a Colt Police Positive after he and Marv (Daniel Stern) take Kevin to Central Park. Look at how much old varnish is plugging up the barrel. 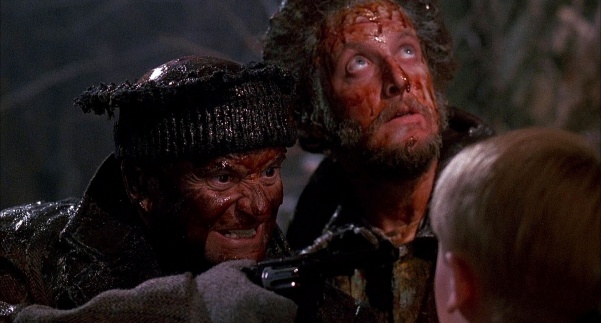 "I never made it to the sixth grade, kid. And it doesn't look like you're gonna, either." 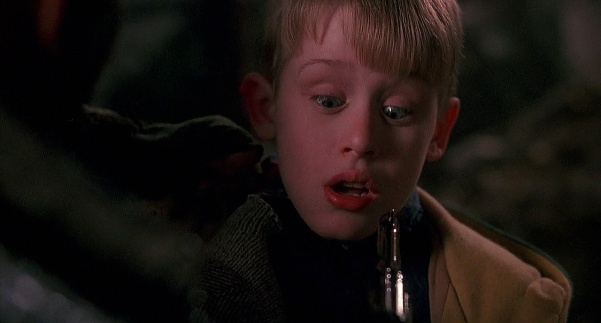 Kevin (Macaulay Culkin) looking down the barrel of Harry's revolver.

NYPD officers are seen carrying the Smith & Wesson Model 10 HB when investigating the disturbance in Central Park, one officer firing a shot into the air to disperse a flock of pigeons attacking Harry & Marv. 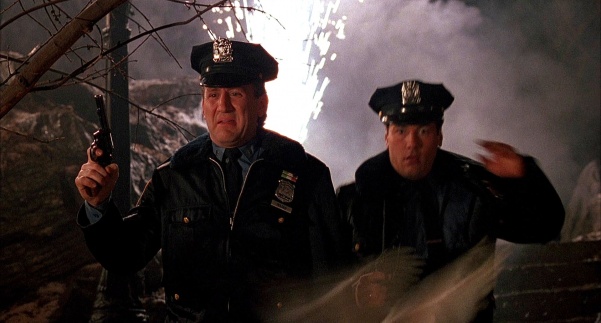 As Kevin McCallister (Macaulay Culkin) watches a gangster film titled "Angels with Even Filthier Souls" (which appears to be a sequel to the film he watches in Home Alone), he sees Johnny (Ralph Foody) once again use a Colt 1921AC Thompson with a 50-round drum magazine, this time to mow down an unfaithful girlfriend. 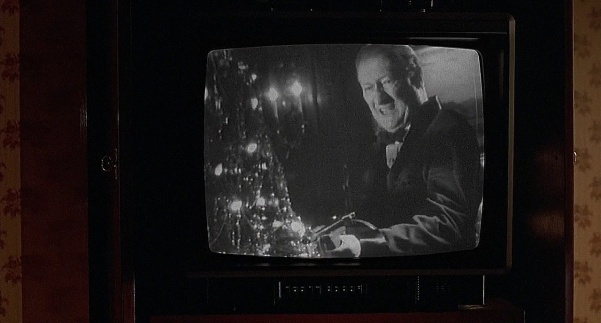 In "Angels with Even Filthier Souls", Johnny (Ralph Foody) once again uses a Colt 1921AC Thompson, this time to mow down an unfaithful girlfriend. 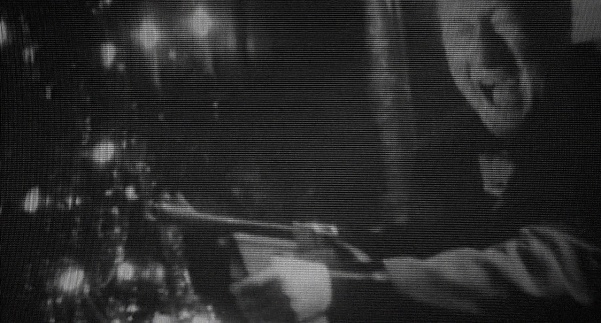 Johnny laughs maniacally as he unloads his Thompson