Hi-Point is an American firearms manufacturer based in Mansfield, Ohio. Hi-Point manufactures simple and inexpensive pistols and carbines, making them popular among low-income groups. This has unfortunately also led to their common use in gang-related crimes, giving Hi-Point a polarizing reception.

The Hi-Point Carbine is produced in four calibers: 9x19mm (model 995), .40 S&W (model 4095), .45 ACP (model 4595), and 10mm Auto (model 1095). The Hi-Point Carbine was originally only produced in 9mm; the other three calibers were introduced later. Variants suffixed TS ("Tactical Stock") are equipped with alternate furniture with more tactical elements, and originally were produced alongside "Classic" versions with original styled furniture; the "Classic" models have since been apparently discontinued, and the TS variants became the new standard models. 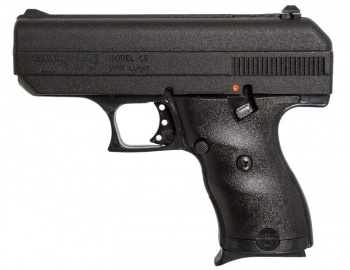 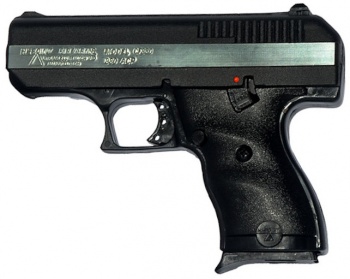 Hi-Point produces pistols in four calibers: 9x19mm (C9), .380 ACP (CF 380), .40 S&W (JCP 40), and .45 ACP (JHP 45). An upgraded version of the C9 was revealed by Hi-Point in 2019, featuring new tactical features. Following the unveiling of this new pistol, Hi-Point announced a "Name The Nine" competition on their social media, asking the social media to propose and vote for the name of the gun; the final winning entry was "Yeet Cannon", which became the weapon's official name, or YC9 for short.