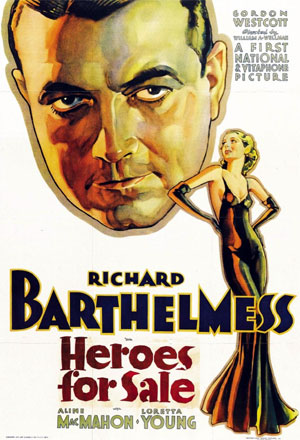 Heroes for Sale is a 1933 pre-Hayes Code Depression-era drama directed by William A. Wellman (Battleground). The film focuses on a World War I veteran who struggles to make a living following the war. The cast included Richard Barthelmess, Aline MacMahon, Loretta Young, Gordon Westcottand, and Max Brinker.

The following weapons were used in the film Heroes for Sale:

Doughboys appear to use a Springfield Model 1903 with fixed bayonets throughout the film. 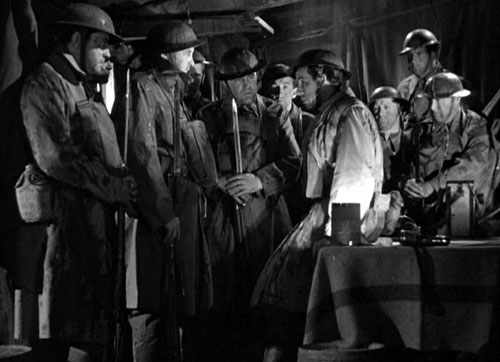 Doughboys hold their Springfield rifles with bayonets fixed as they are ordered on a suicide mission. 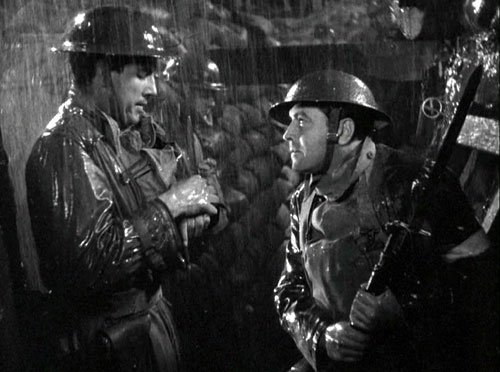 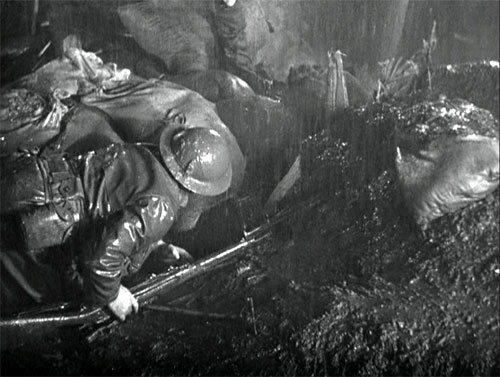 The US soldier with the Springfield. 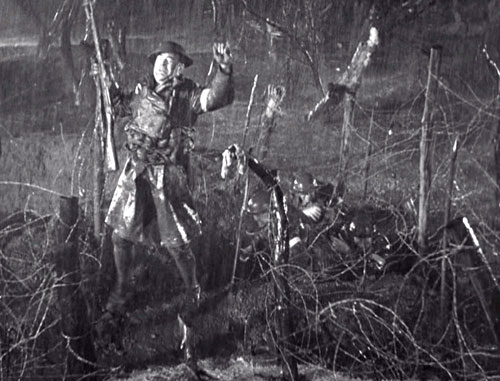 A doughboy armed with the Springfield dies an heroic death. 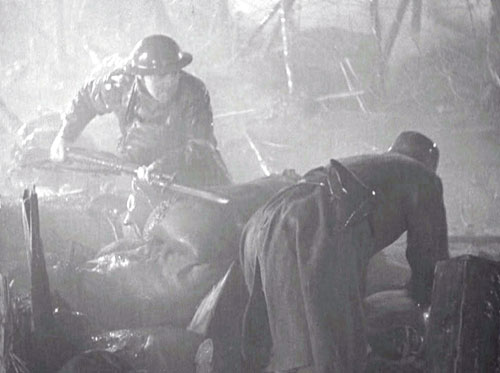 Holmes with the Springfield as he captures a German officer.

German machine gunners use a Maxim MG08 to repulse the American attack. 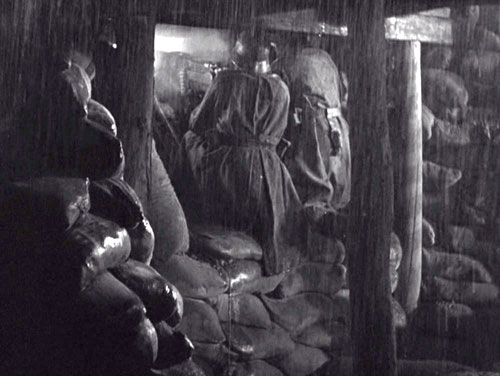 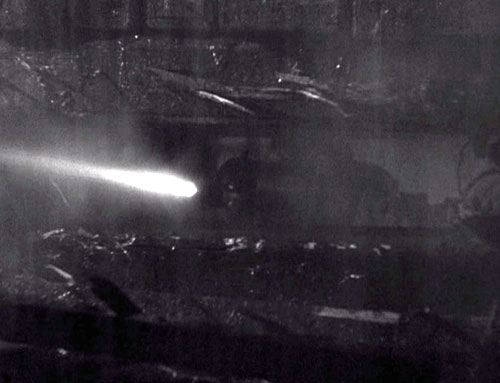 Tom Holmes pulls the pin of an F1 hand grenade. 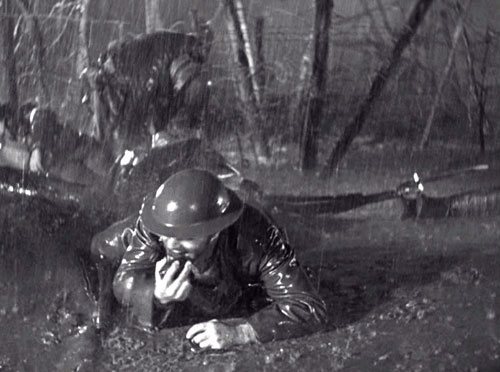 Holmes pulls the pin on his F1 Grenade.

U.S. doughboys are seen carrying the M1911 pistol during the World War I battles. 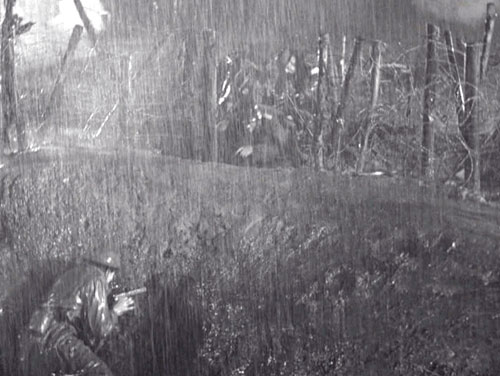 Winston waits in his foxhole with an M1911. 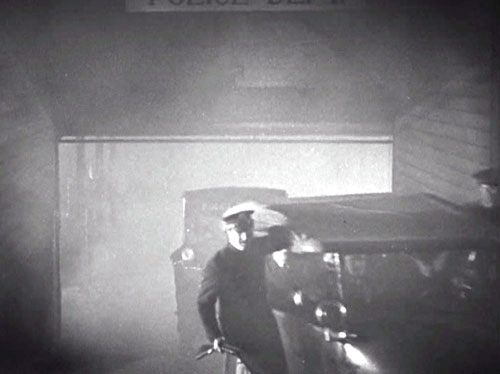 The officer on the right running board holds the Winchester M1897. 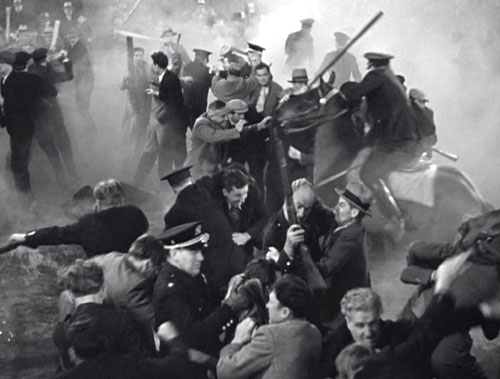 A riot officer holds his Winchester Model 1897 above the heads of rioters.

During the riots, a 12 Gauge Double Barreled Shotgun is seen. 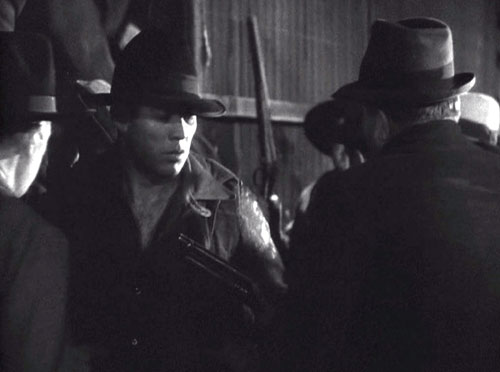 Railroad dicks menace the unemployed. The double barreled shotgun is seen in the background. 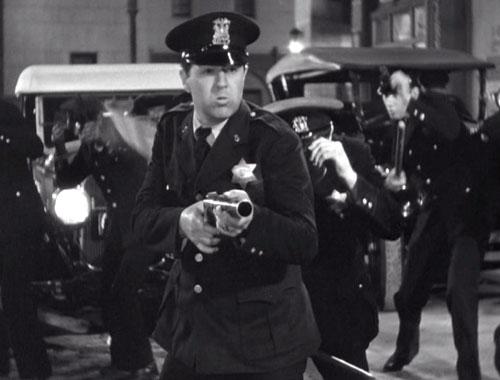 A railroad dick is armed with a Colt New Service revolver when he menaces Holmes . 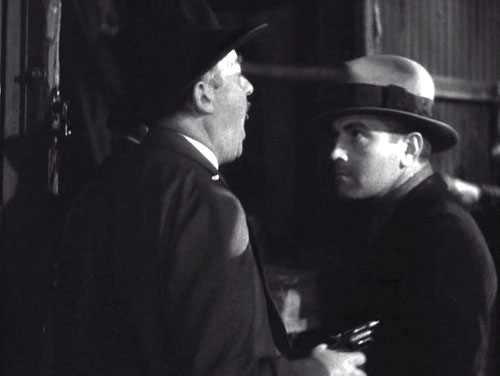 A railroad dick with the revolver as he menaces Holmes.
Retrieved from "http://www.imfdb.org/index.php?title=Heroes_for_Sale&oldid=688783"
Categories: