The Heckler & Koch HK69A1 "Granatpistole" is a 40mm Grenade Launcher developed in West Germany in the late 1960's as an underbarrel attachment for the West German Army G3A3 battle rifle and finalized in 1979 as a standalone weapon.

The Heckler & Koch HK69A1 and variants can be seen in the following films, television series, video games, and anime used by the following actors: 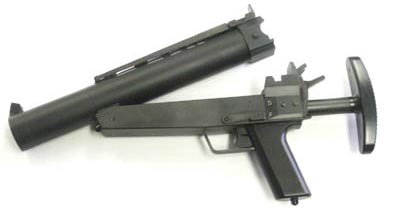 A variant of the HK69 intended for use as an under-barrel grenade launcher, often used on H&K rifles such as the G3 and HK33.