Headhunters (original Norwegian title Hodejegerne) is a critically-acclaimed 2011 Norwegian thriller directed by Morten Tyldum starring Aksel Hennie, Nikolaj Coster-Waldau and Synnøve Macody Lund, based on the 2008 Jo Nesbø novel of the same name. There are currently plans for an American remake.

The following weapons were used in the film Headhunters:

Ove Kjikerud (Eivind Sander) owns a Beretta 92 Steel I, which he keeps in his refrigerator. The gun is shown seamlessly transitioning from firing blanks to firing live rounds. Roger Brown (Aksel Hennie), Clas Greve (Nikolaj Coster-Waldau) and Diana Brown (Synnøve Macody Lund) also get their hands on the pistol during the course of the film. 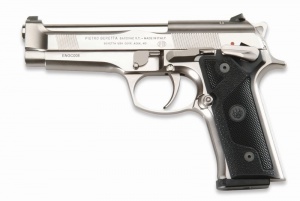 Ove with his Beretta, playing a very unsafe game with a prostitute.

Ove's Beretta and ammo stash in his refrigerator. The exposed rounds appear to be 9mm blanks, with boxed .38 Special and regular 9mm rounds.

Roger lays down the Beretta.

Clas searched the outhouse with the Beretta in hand. Note his dog, a Dogo Argentino that is actually illegal on Norway. 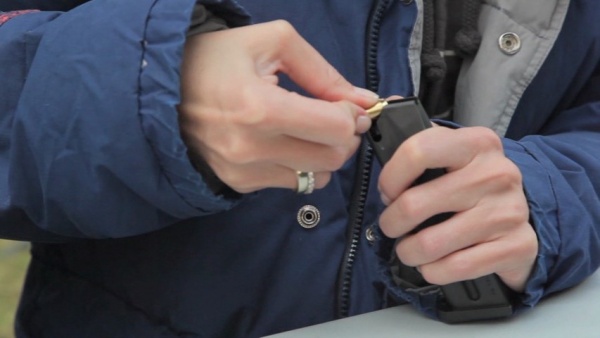 Synnøve Macody Lund practices loading rounds into the magazine in a making-of featurette. 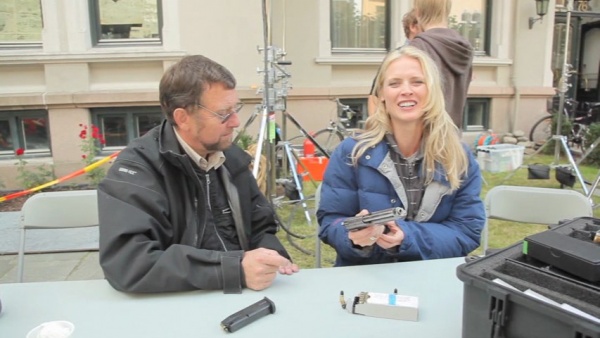 Synnøve practices handling the Beretta. Synnøve Macody Lund is not actually a professional actress, but rather a film critic. 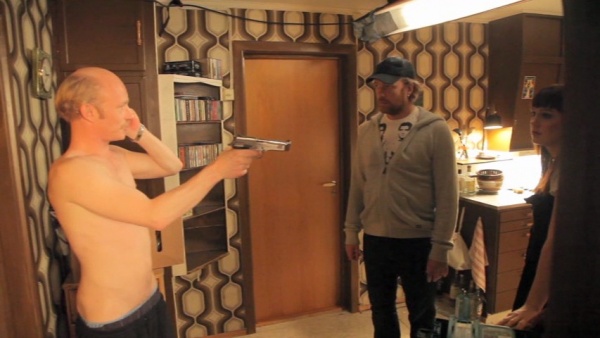 Eivind Sander rehearses with the director.

While Googling Clas Greve, Roger comes across a few pictures of Clas from his army days, including one where he's holding an M4A1 carbine with an underbarrel M203 Grenade Launcher.

This is the original image, showing members of 1st Platoon, Charlie Company, 1st Battalion, 504th Parachute Infantry Regiment in Iraq in 2008 with Clas' head photoshopped in.

If they need an image of Nikolaj Coster-Waldau in an American uniform, they don't need photoshop.

This shot shows the mounting for removed shoulder stock.

The farmer greets Roger with his shotgun.

Roger checks the farmer's shotgun, only to discover that it's empty.

Police officers are armed with Glock 17s. Roger Brown takes one from a dead officer.

Brugd (Joachim Rafaelsen) draws his Glock 17 on Roger. His Glock appears to be an airsoft copy, however.