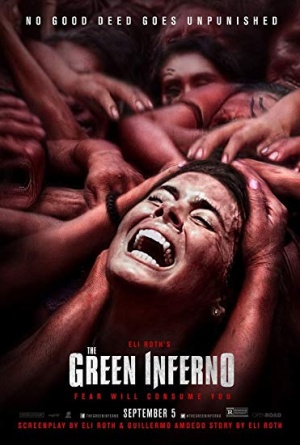 The following weapons were used in the film The Green Inferno: 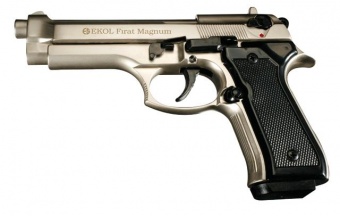 Several guards are armed with M4/AR-15 variants. These guns are likely airsoft replicas.

A perfect view of the rifle, which lacks rear iron sights.

Peruvian Army troops and guards use AK-47 series rifles. These guns are also likely to be airsoft replicas.

An AK-wielding soldier in the background. Note the obviously plastic "wooden" furniture.

Some guards use the Heckler & Koch G36C. This gun is likely an airsoft replica.