The following weapons were used in the anime series Ghost in the Shell Stand Alone Complex: Tachikomatic Days: 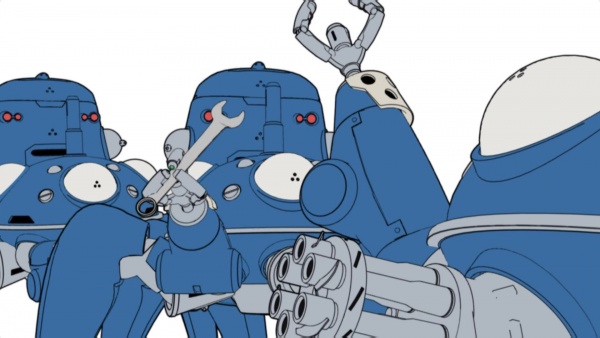 Side shot of the short-barreled minguns in the 7th episode. 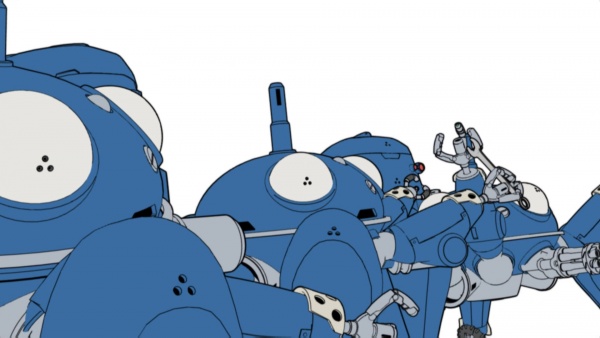 Another angle of the Tachikoma's minigun attachment.

The 20mm Arm Suit Rifle is seen in the comedic skit with JMSDF Arm Suits. 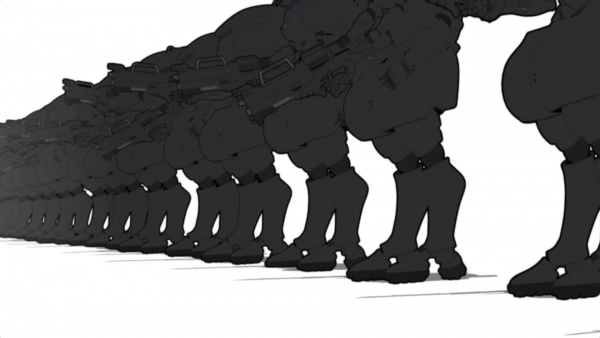 A lineup of JMSDF Arm Suits in the 7th episode. 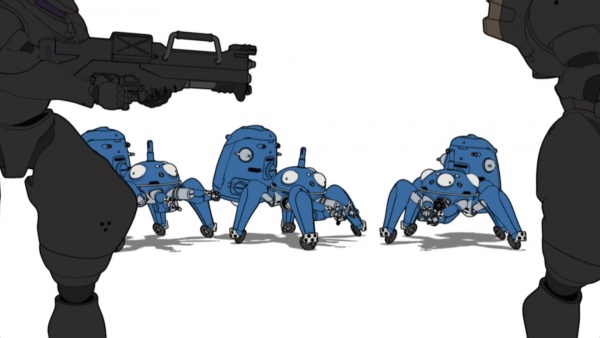 Side profile of the AS Rifle.