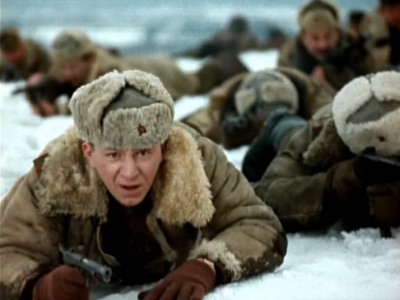 Georgi Antonovich Shtil (born March 4, 1932) is a Soviet and Russian stage and screen actor. He appeared in about 100 movies and TV series, but only in small roles (Lt. Romadin in Zhenya, Zhenechka and "katyusha" is one of few notable roles). In 2001 he was awarded the title of People's Artist of Russia.