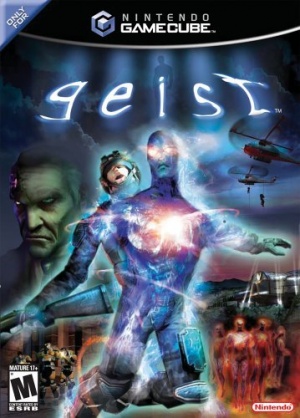 Geist is a first-person shooter for the Gamecube. You begin the game as part of a special forces team infiltrating a rogue company, before things quickly go from bad to worse and your soul is ripped from your body. As a non-corporeal entity you can possess a person if their mental defenses are weak enough, say from being scared witless by a poltergeist. There are many lab technicians, soldiers and inanimate objects you can possess.

The following weapons appear in the video game Geist:

As the technical member of the team you only carry a sidearm. This pistol seems to be a combination of the Beretta 92FS and the SIG-Sauer P226. 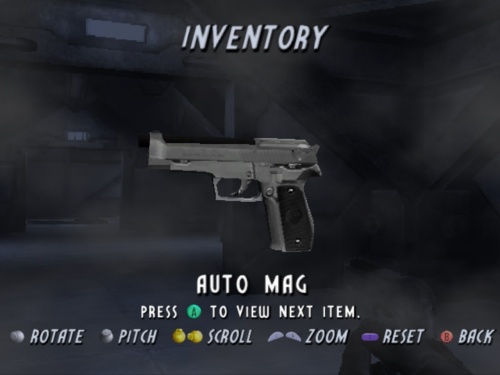 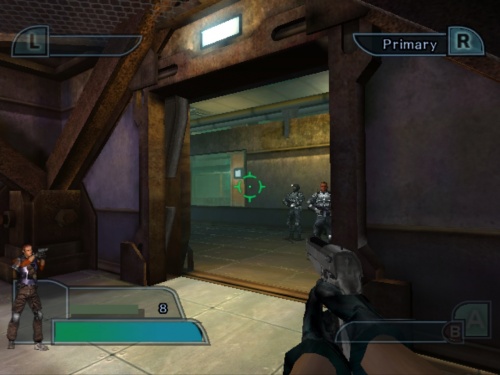 This gun is an amalgamation of H&K SMG and Colt rifle parts with an external ergonomic frame to boot. 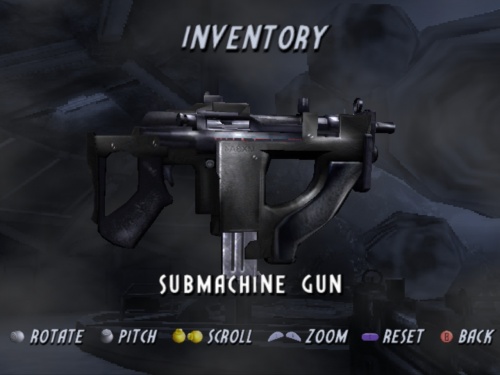 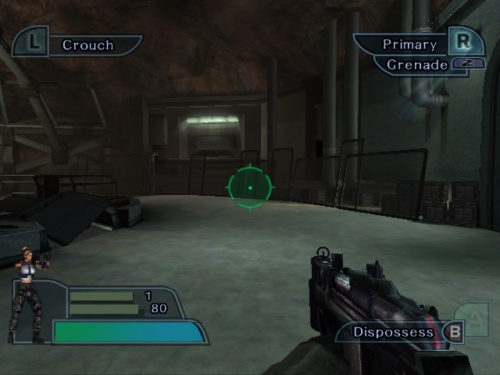 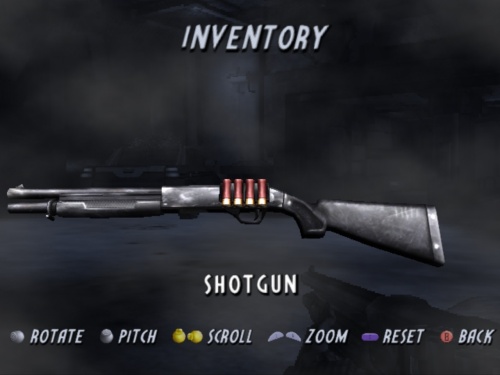 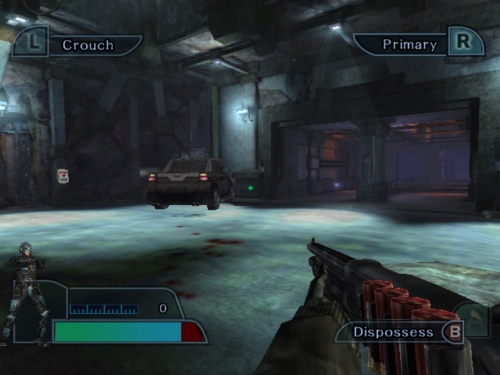 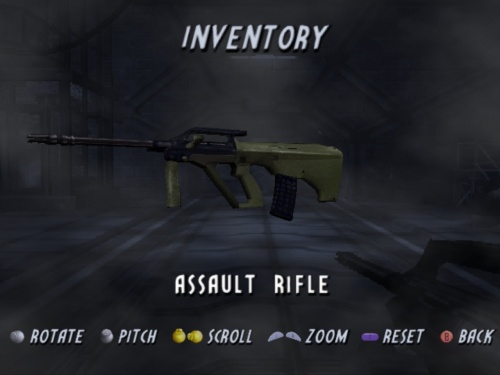 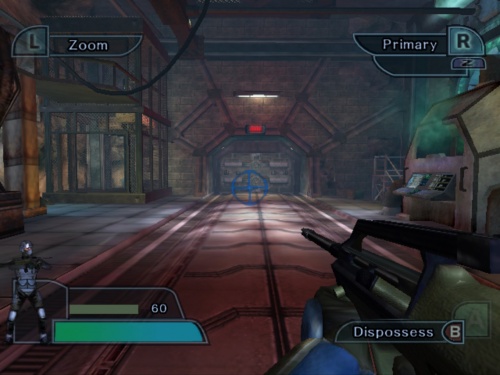 Mid-level guards carry STK SAR 21 with what appears to be a M203 grenade launcher. 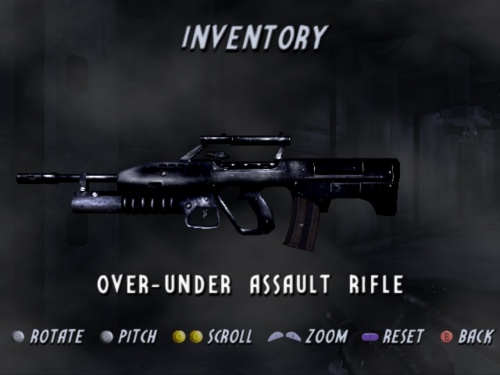 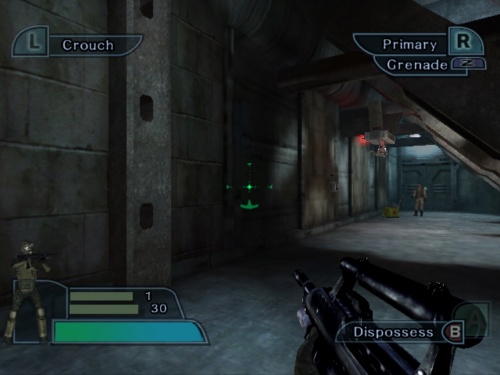 Your spec ops team carries this fictional stand-in for the M4A1/M203. Never used by the player 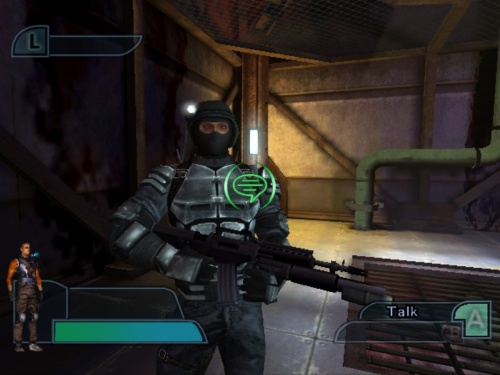 Heavy guards carry this machine gun based on the M249. Comes with flashlight and reflex sight. 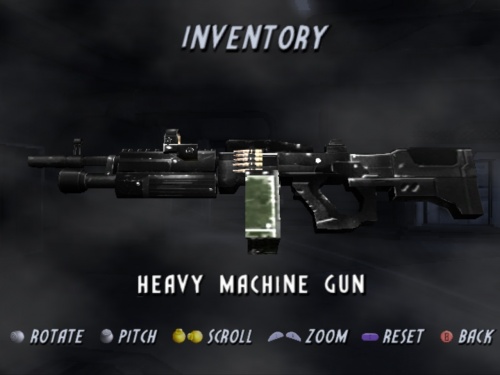 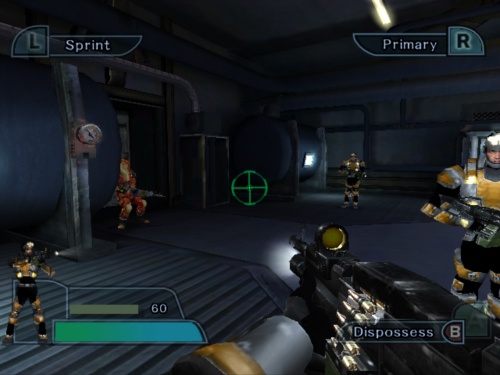 At the start of a the training simulation for the attack on the political summit you are handed a silenced sniper rifle. 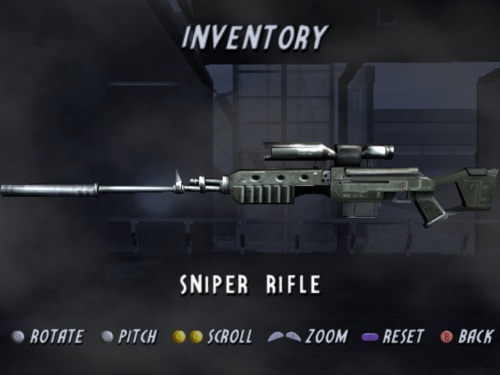 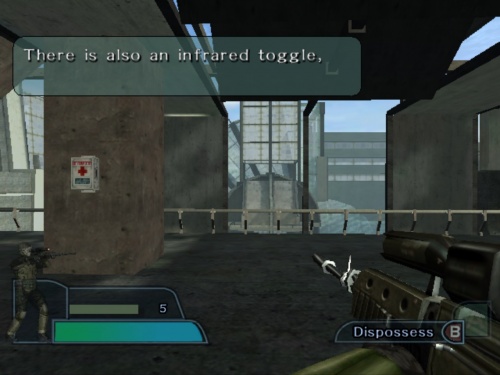 The facility is dotted with numerous "9mm Gatling Guns" based on the M134 design. 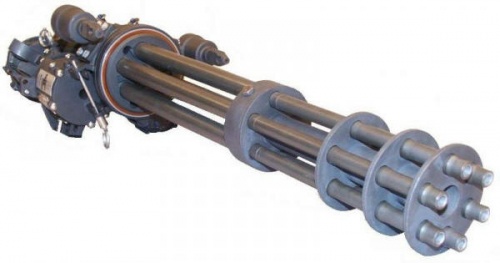 What appears to be a M203 grenade launcher is mounted on the STK SAR 21.

The M203 Grenade Launcher mounted on the rifle.
Retrieved from "http://www.imfdb.org/index.php?title=Geist&oldid=1261727"
Categories: