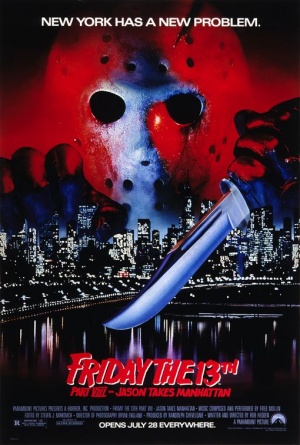 The following weapons were used in the film Friday the 13th Part VIII: Jason Takes Manhattan:

Charles McCulloch (Peter Mark Richman) takes a Webley & Scott No. 1 Mk. III* Signal Pistol and uses it to search for a deckhand he thinks is the killer. 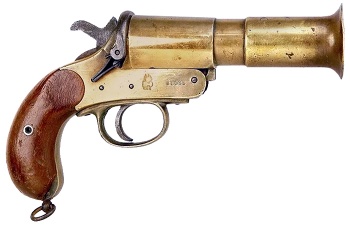 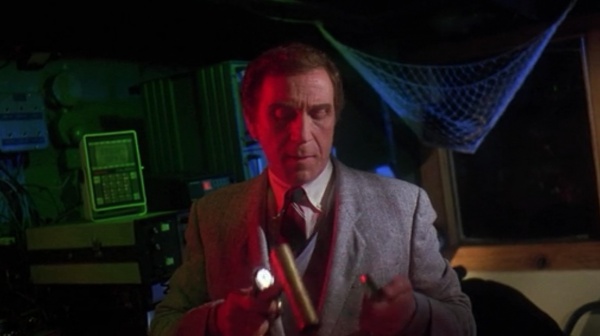 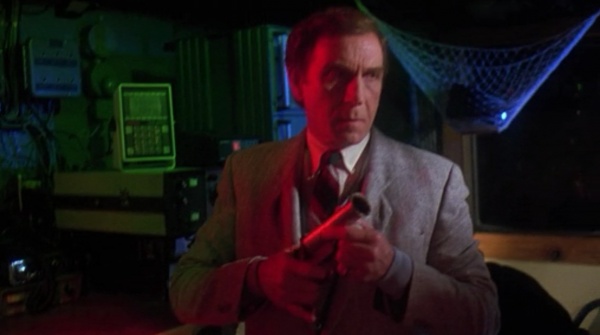 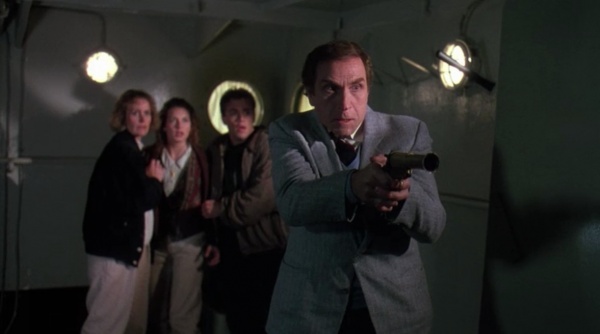 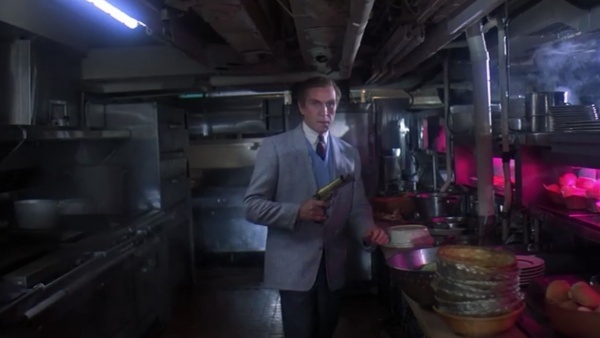 Charles sneaks around the ship while pulling off his best James Bond impersonation.

A thug in Manhattan robs the survivors of the S.S. Lazarus with a Smith & Wesson Model 15. 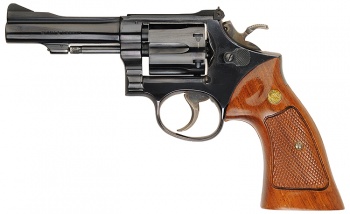 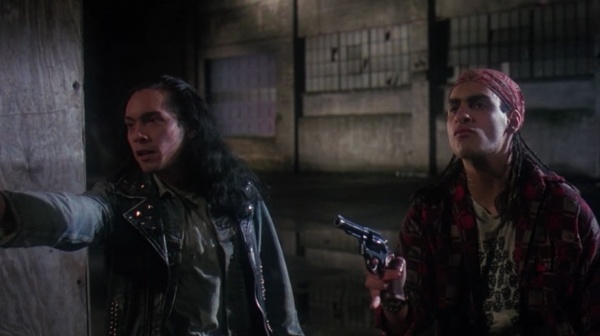 The thug in red holds his Smith & Wesson Model 15. 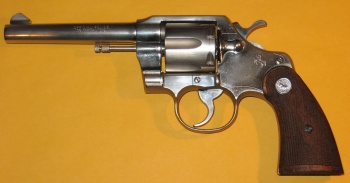 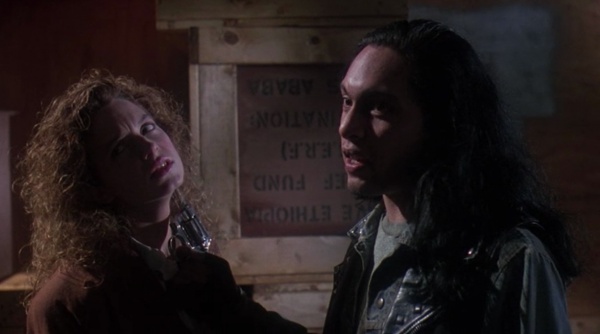 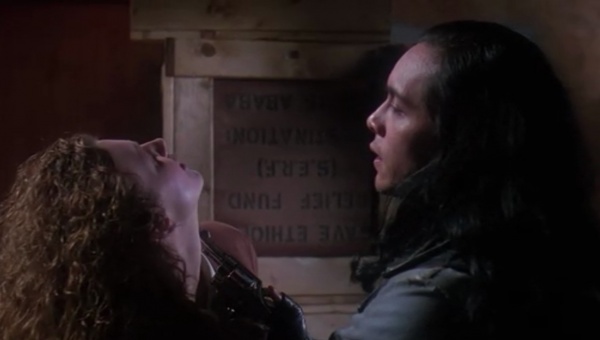 Julius Gaw (V. C. Dupree) grabs a Remington 870 Field Gun during the hunt for Jason Voorhees (Kane Hodder). Wayne Webber (Martin Cummins) also uses it in the hunt for Jason. A trap shooter uses one at the beginning of the film. 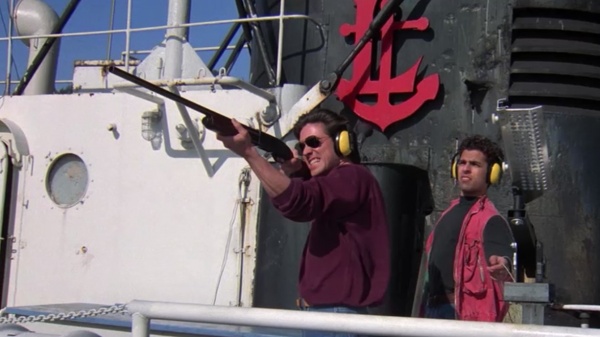 The trap shooter with a Remington 870 Field Gun. 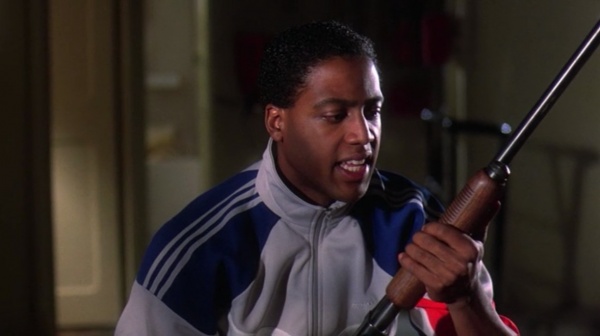 Julius: I was able to find some shit from the halls and game room. Go ahead, take what you want.
Wayne: Well what are you gonna take, Julius?
Julius: Nothing... but this gun. 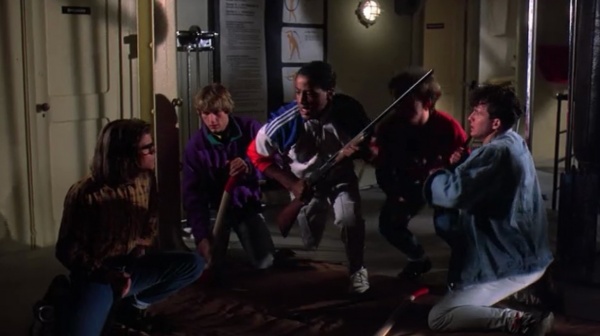 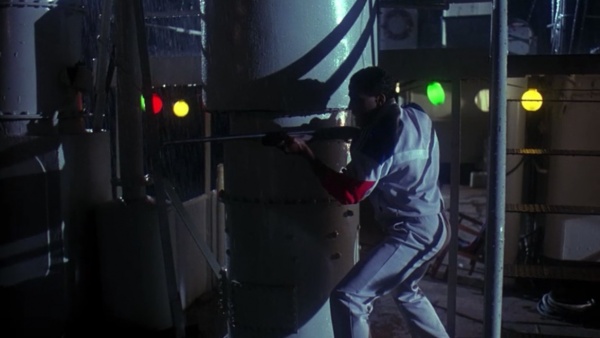 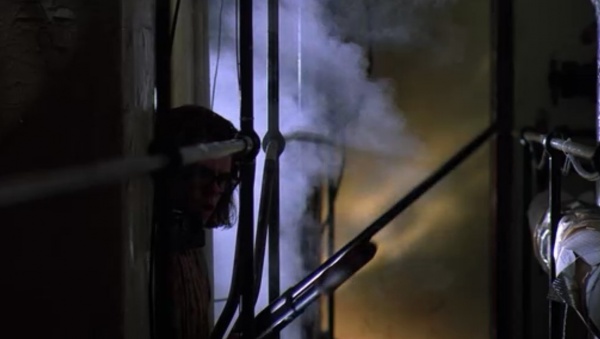 Jason Voorhees (Kane Hodder) uses a speargun to kill two teenagers in the introductory scene of the film. 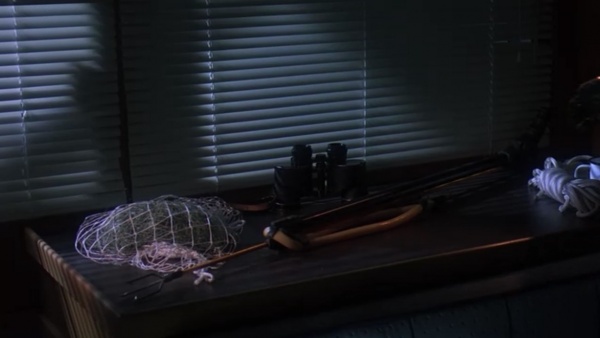 The speargun on a table. 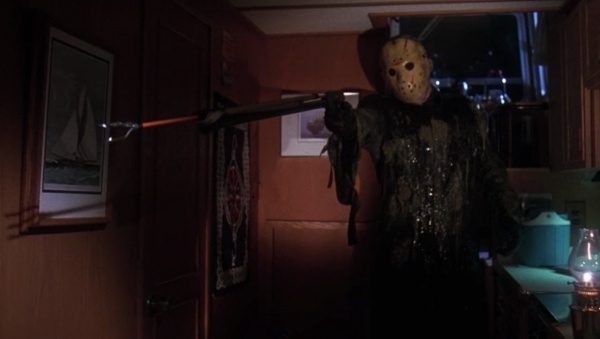 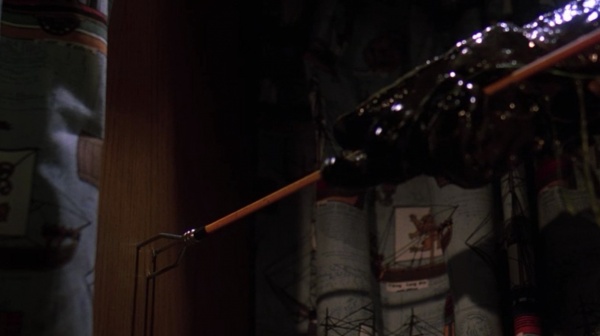 The spear in the wall.