Flatfoot in Africa (original title Piedone l'africano) is a 1978 Italian crime comedy directed by Steno. It's the third film about the adventures of Naples police Commissioner Rizzo (Bud Spencer), known as "Flatfoot". After a South African police detective is slain in Naples, Rizzo goes to South Africa where he encounters the drug and diamond smugglers. The film is preceded by Flatfoot (1973) and Flatfoot in Hong Kong (1975) and followed by Flatfoot in Egypt (1980).

The following weapons were used in the film Flatfoot in Africa:

A suppressed Smith & Wesson Model 15 is used by a hitman (his identity is revealed only in the final scene) to kill the South African police detective in Naples. 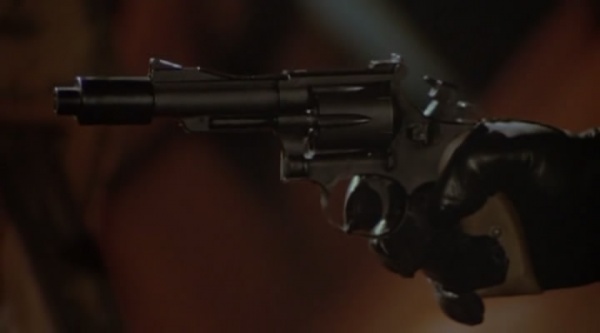 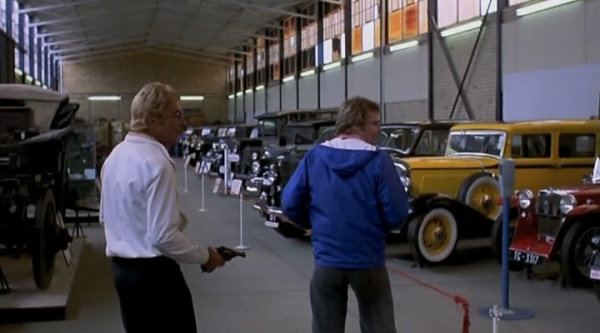 Smollet's henchman (Giancarlo Bastianoni) holds a Webley during the scene in museum. 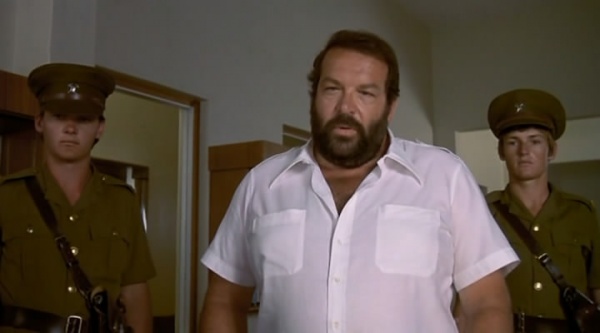 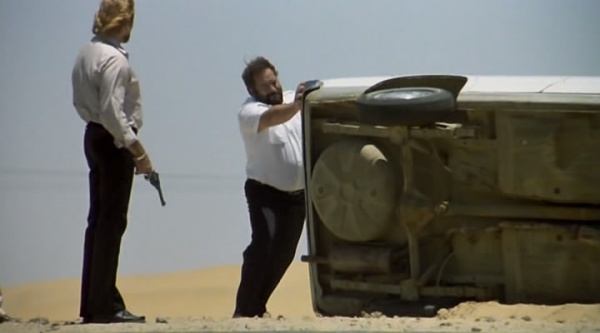 Spiros' henchman with a Webley. 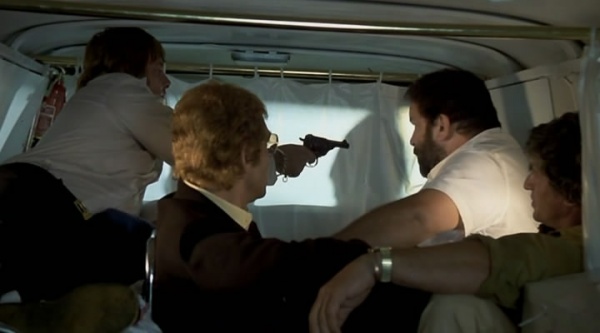 Another Spiros' henchman with a Webley. 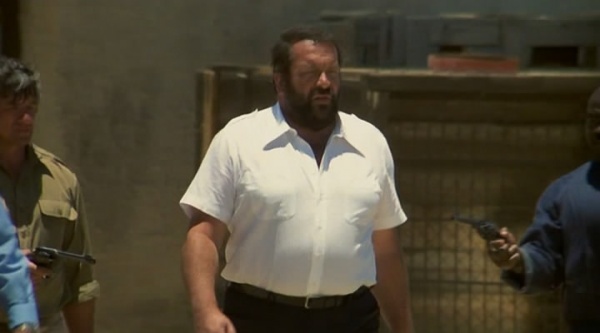 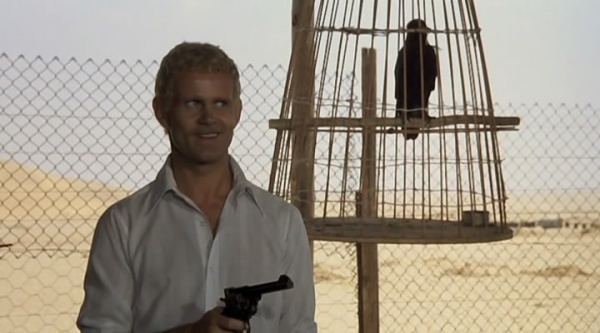 Spiros (Werner Pochath) with a Webley in the final scene. 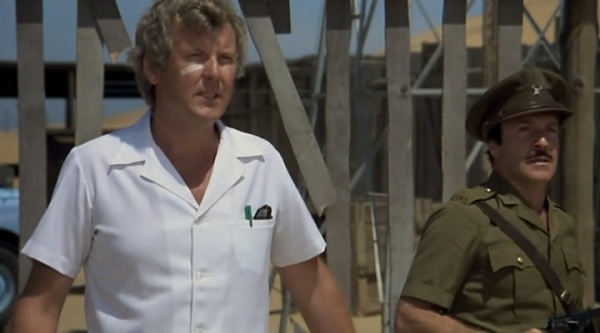 A police officer at the right holds a Webley in the final scene.

A 3rd Gen. Colt Detective Special is used by Spiros (Werner Pochath) in several scenes. A revolver that also appears to be a 3rd Gen. Colt DS is seen in hands of a Naples street thug (Giovanni Cianfriglia) in the opening scene. 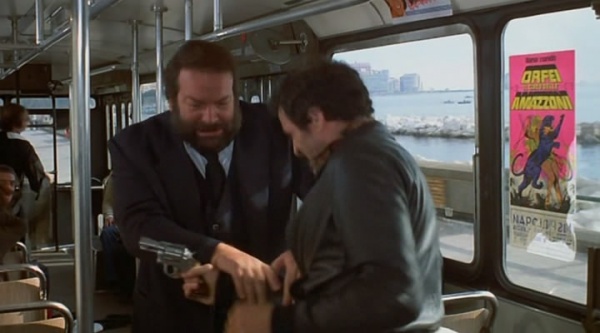 Rizzo disarms a hoodlum with revolver in the opening scene. 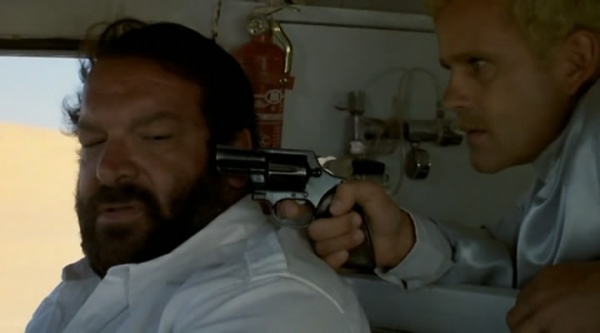 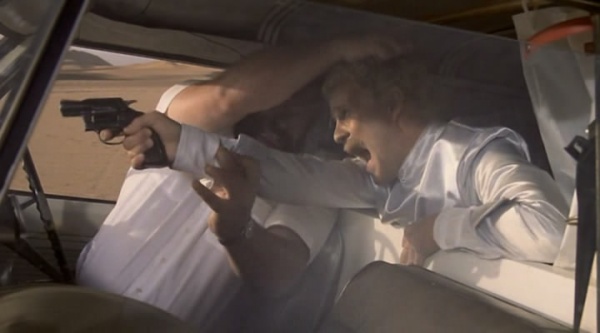 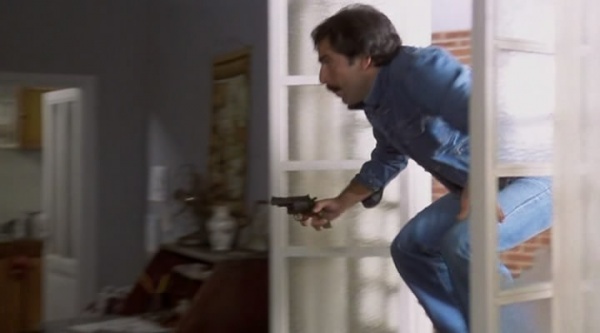 A gangster with revolver attacks Rizzo in Johannesburg. This revolver seems to have target sights. 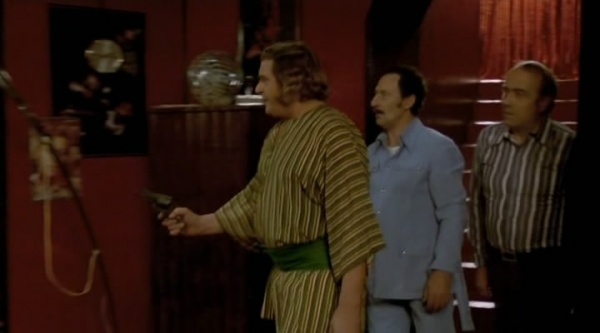 A gangster (Claudio Ruffini) aims his revolver at Rizzo in night club. 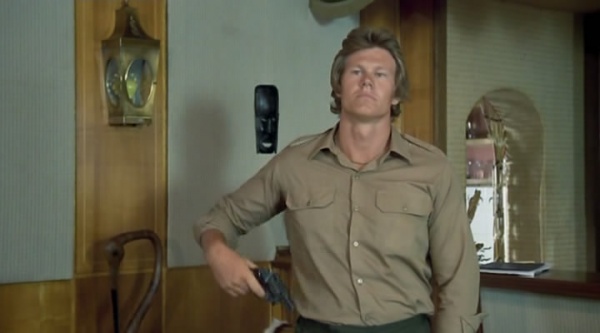 An M1911A1-style pistol is seen in the glovebox of Capt. Müller's car. 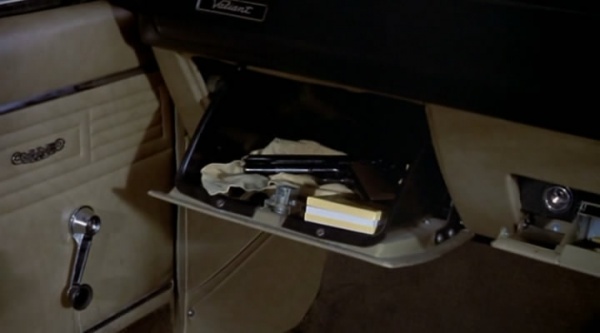 In one scene a Smollet's henchman (Giancarlo Bastianoni) uses a suppressed nickel plated pocket pistol. It looks similar to Astra Cub though not at all. 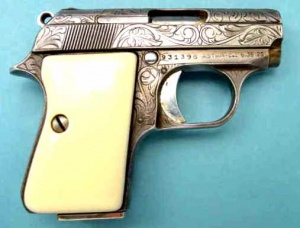 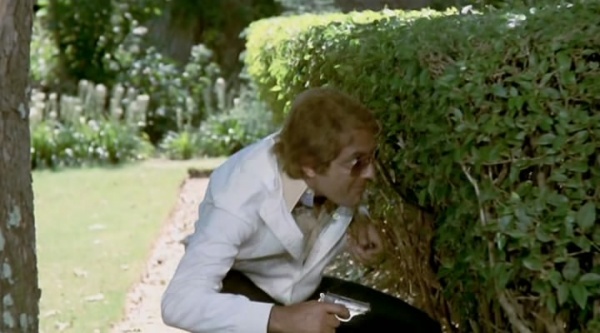 The gangster in ambush. Note the ring hammer spur. 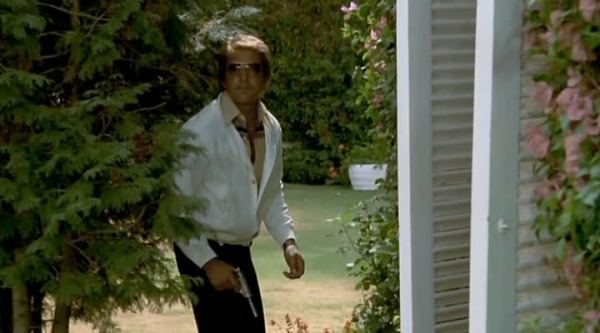 The gangster holds the pistol fitted with sound suppressor.

Lee-Enfield sporterized rifles are seen during the safari. 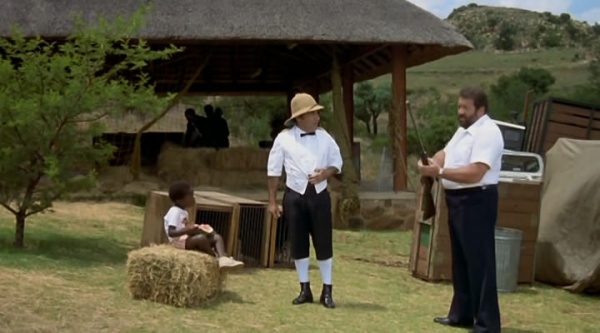 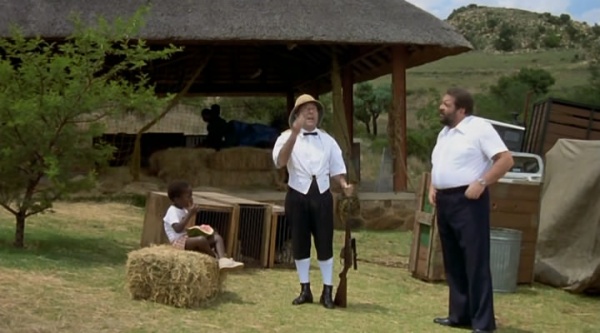 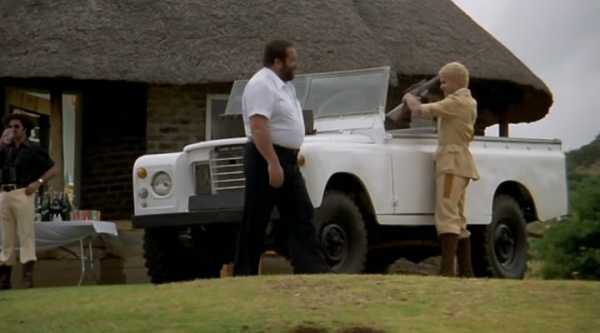 Spiros takes a rifle from his jeep.

Numerous bolt action rifles, some with sniper scopes, are seen during the safari. 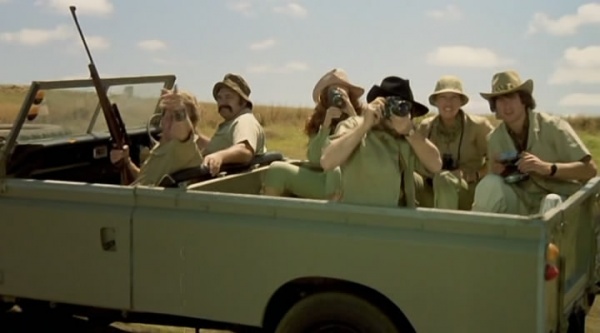 A game ranger holds a rifle with sniper scope. 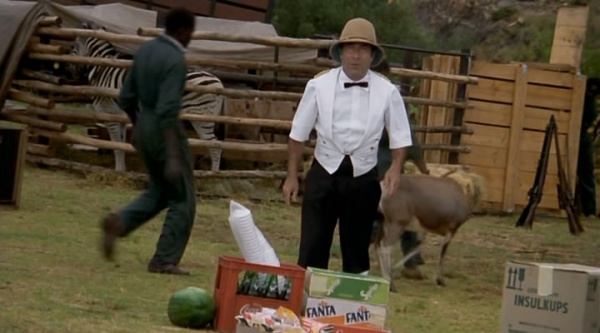 Several rifles are seen at the right. 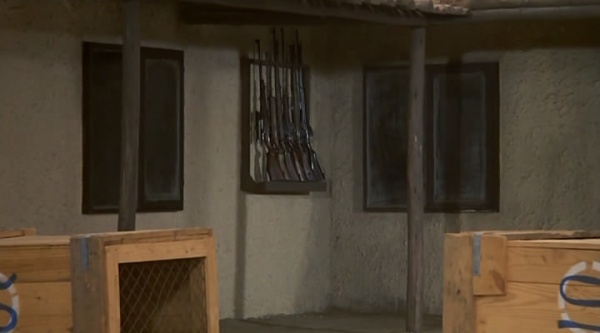 A stend with a half a dozen rifles of various models.
Retrieved from "http://www.imfdb.org/index.php?title=Flatfoot_in_Africa&oldid=1316442"
Categories: