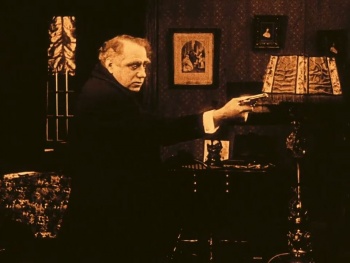 Ernest Maupain (October 1, 1869 – October 25, 1944) was a well-known French actor who appeared in many American films during the silent era. He is best known for the role of Professor Moriarty in the 1916 Sherlock Holmes.