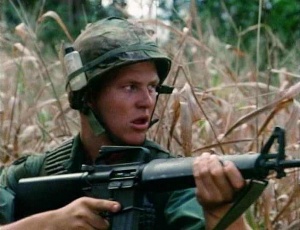 Eric Bruskotter is an American actor best known for his role as Pvt. Scott Baker in the Vietnam War television series Tour of Duty. He also is the twin brother of actor Karl Bruskotter.