The following weapons were used in Season 8 of the television series Endeavour: 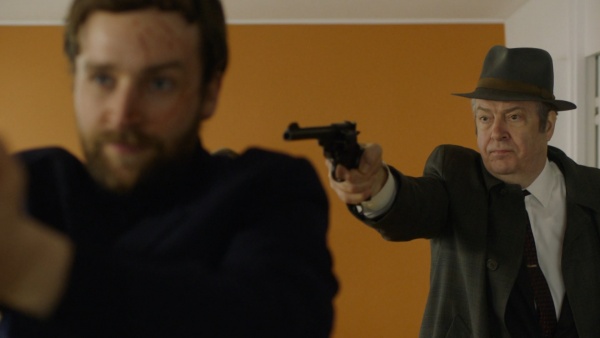 Thursday orders John Sarson to put down his gun. 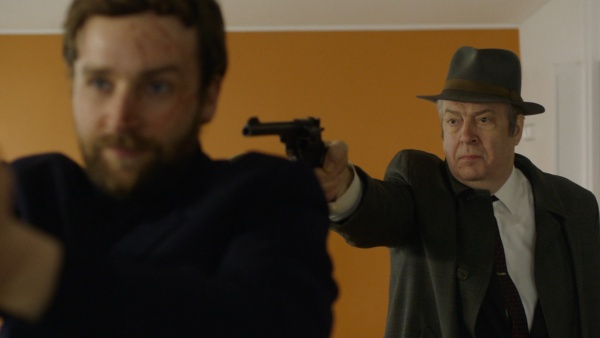 Another view of Thursday's revolver.

In "Scherzo" (S08E02) young Mark Lunn (Regan Garcia) uses a Smith & Wesson revolver to shoot at cans (his father owned this gun illegally). A flashback scene shows similar looking revolver in hands of Ifan Roberts (Wayne Carter). These are different guns, according to the plot, but very likely the same prop is reused. It is clamed to be a .22 gun, and if this claim is correct then the gun is most likely Smith & Wesson Model 18. Model 17-6 (version with 4" barrel and without full underlug) is also a possible guess but the shape of the front sight matches Model 18 better. 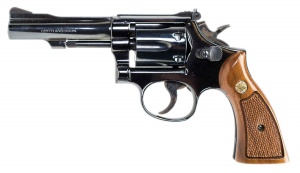 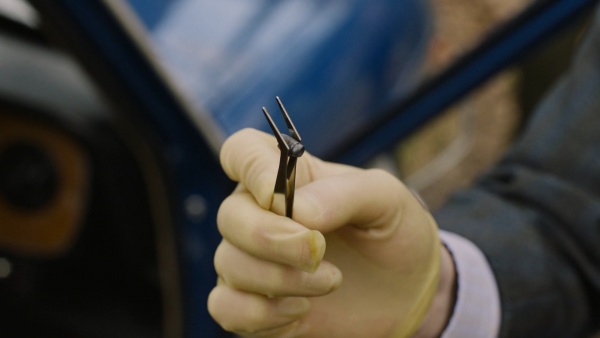 Dr. DeBryn finds the murder bullet and identifies it as a .22 caliber. 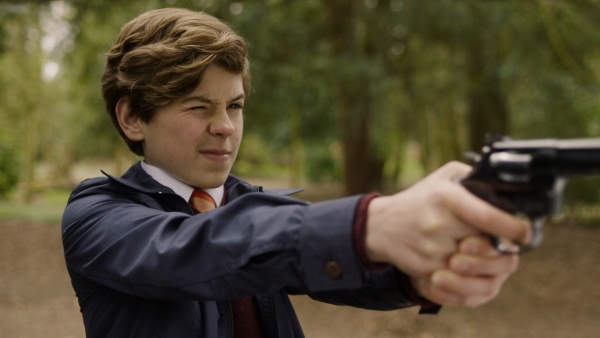 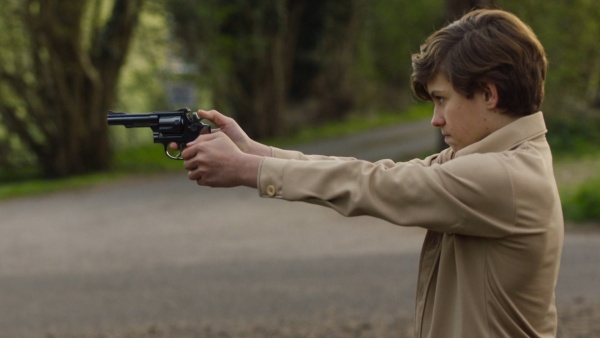 Mark aims the revolver at Morse whom he takes for his father's murderer. 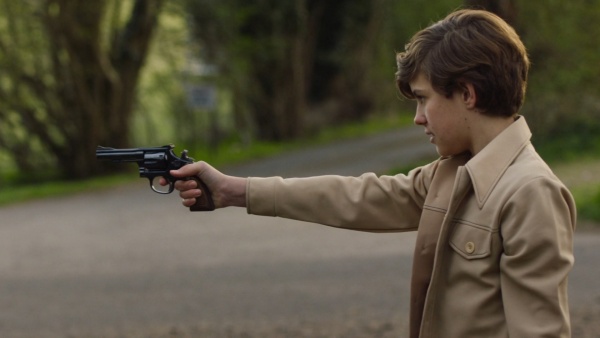 Another view of Mark's revolver. The grip is seen. 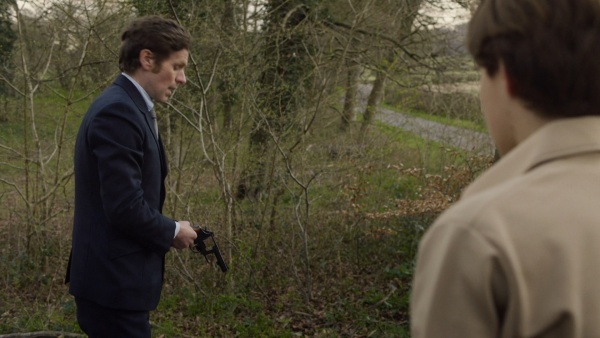 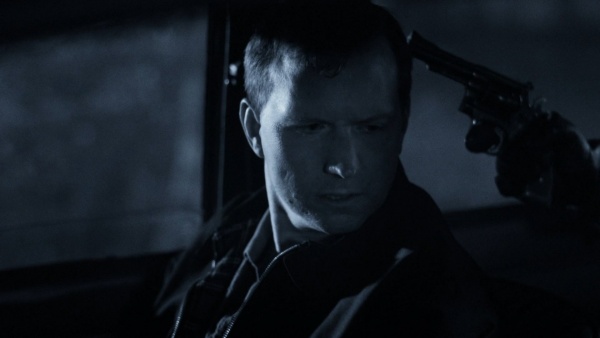 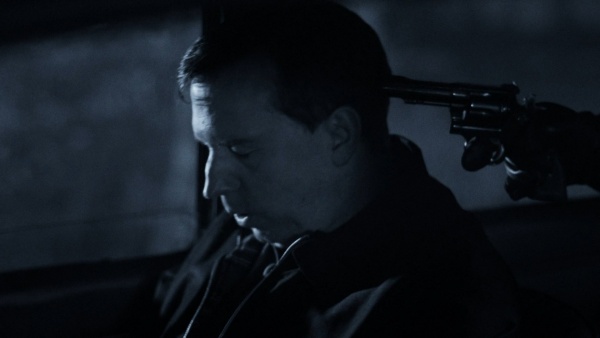 Ifan Roberts holds the revolver in the flashback scene. 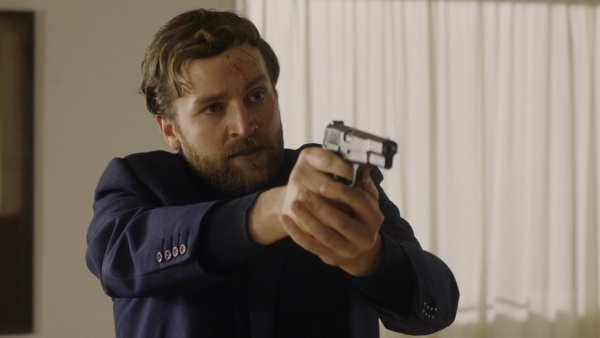 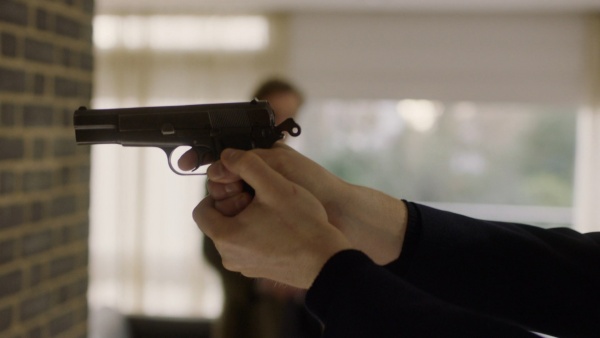 A close-up of the Hi-Power. 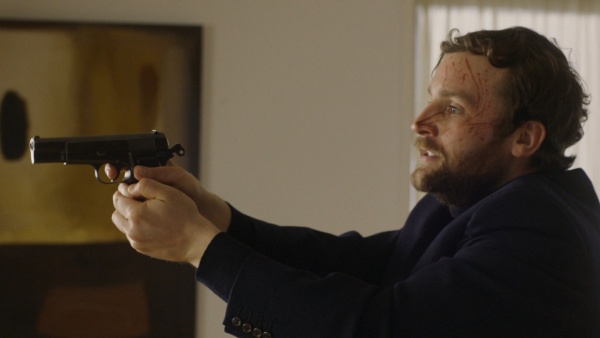 Another view of the same scene.
Retrieved from "http://www.imfdb.org/index.php?title=Endeavour_-_Season_8&oldid=1459580"
Categories: