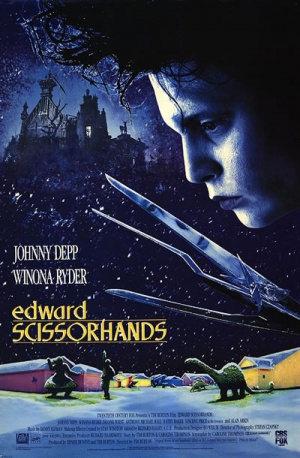 Edward Scissorhands is a 1990 fantasy drama directed by Tim Burton (Batman) starring Johnny Depp as the title character, a man created by a reclusive and elderly inventor (Vincent Price in his final role) who died before fully completing him. Left alone and unfinished in the inventor's home with shears for hands, he is discovered and taken in by Peg (Dianne Weist), a kind Avon saleswoman and suburbanite mother. While Edward is initially welcomed into the neighborhood, he eventually begins to have problems with Peg's neighbors and their serene suburban environment. The film also stars Winona Ryder and Anthony Michael Hall.

The following weapons were used in the film Edward Scissorhands: 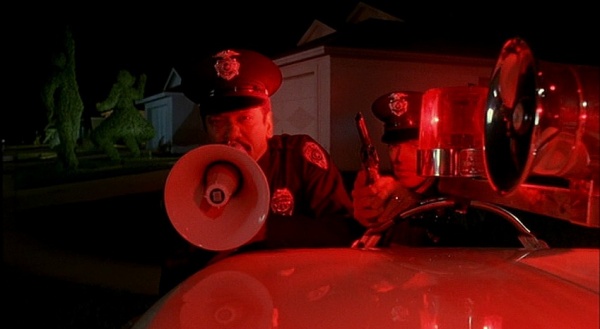 Officer Allen (Dick Anthony Williams) orders Edward (Johnny Depp) to exit the house as an officer to his left takes position with a Colt Python revolver. 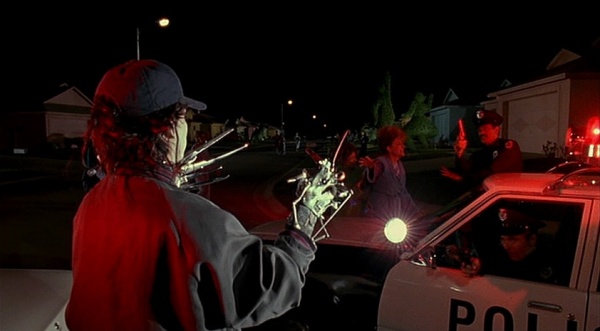 The neighbors plead with Officer Allen while he holds his Python as Edward approaches. 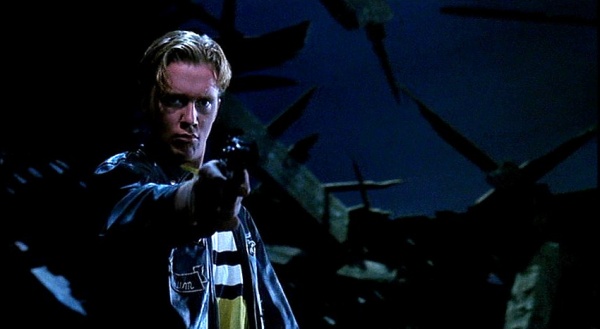 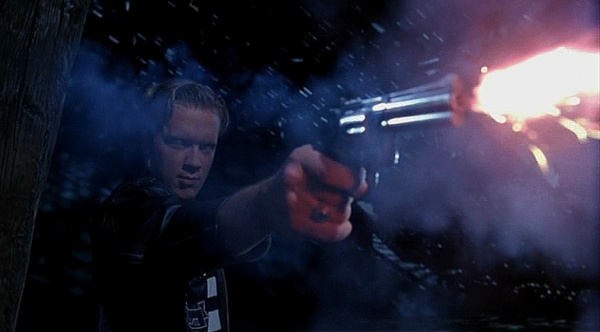 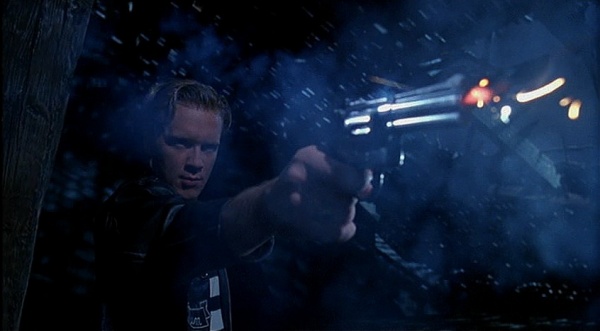 Jim with the revolver.
Retrieved from "http://www.imfdb.org/index.php?title=Edward_Scissorhands&oldid=871559"
Categories: