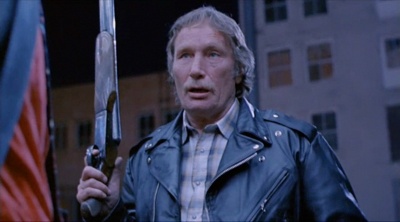 Edward Bunker was an American actor who spent many years in the prison system (at one point, he was the youngest inmate to be incarcerated at San Quentin prison in California), but was able to turn around his life towards becoming a writer and actor. Known for such roles as Mr. Blue in Reservoir Dogs, Bunker also was friends with director Michael Mann (Bunker was the basis for Jon Voight's character in Heat) and Danny Trejo (whom he had met in prison).