Eddie Albert (1906-2005) was an American actor whose extensive career included roles in such films as The Longest Day, The Longest Yard (1974), and Dreamscape. In television, he was well known for his role as Oliver Wendell Douglas in the series Green Acres. He was awarded the Bronze Star with Combat "V" for his actions during the invasion of Tarawa in November 1943, when, as the pilot of a Coast Guard landing craft, he rescued 47 Marines who were stranded offshore (and supervised the rescue of 30 others), while under heavy enemy machine-gun fire.He was also the father of the late actor Edward Albert. 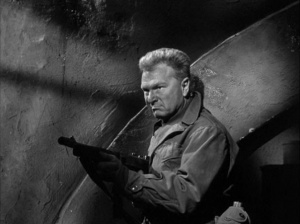