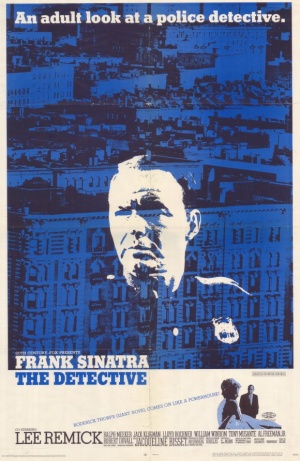 The Detective is a 1968 crime drama starring Frank Sinatra as Joe Leland, a veteran NYPD detective who puts his career on the line when his investigation of a prominent politician's son goes too far. The film was an adaptation of a novel written by Roderick Thorp and the character of Joe Leland would serve as the basis for the character of John McClane in 1988's Die Hard.

The following weapons were used in the film The Detective:

NYPD Det. Joe Leland (Frank Sinatra) carries a Colt Detective Special as his onduty sidearm. He is notably seen using it when gunmen open fire on him in the parking garage. The gunmen who fire at Joe also use the Colt.

Joe with the revolver. His character would also serve as the inspiration for the character of John McClane in the Die Hard films.